The Bar One Racing Irish Sprint Cup quarter-finals took place on Saturday and the four heats produced some quality performances.

Good Cody was ante-post favourite after two sub 21 winning performances in the opening two rounds, and John Kennedy’s dog produced another solid effort with a winning time of 20:92. Maybe Aye and Drahan Jet followed Good Cody home and all three advance to the next round.

The most impressive performance of the night came from Corbrack Prince in heat 1 who posted the fastest time in the competition. A winning time of 20:88 saw the son of Laughil Blake come home four and a half lengths in front of Coolemount Boss, with Ballymac Rule running on late to take third spot.

Ela Supremo displayed superb early pace to land heat 2 in 20:97. Last year’s beaten finalist Brodys Magic had been slowly away in each of his two starts so far and it almost proved his undoing this time, although he made good late headway to qualify in third place. Buttsys Bengal split the pair in second place, four and a half lengths behind the winner.

The fourth quarter-final saw only four dogs line up. Blue Corner landed the final quarter-final for Newry based Tommy and Oliver Shields, beating Agent Stanley who failed to repeat his heroics of round two. The veteran Another Sky completed the trio to advance to the final 12.

After racing, the draw for the Irish Sprint Cup semi-finals took place. They will be staged on Saturday 7th August and the draw is pictured below: 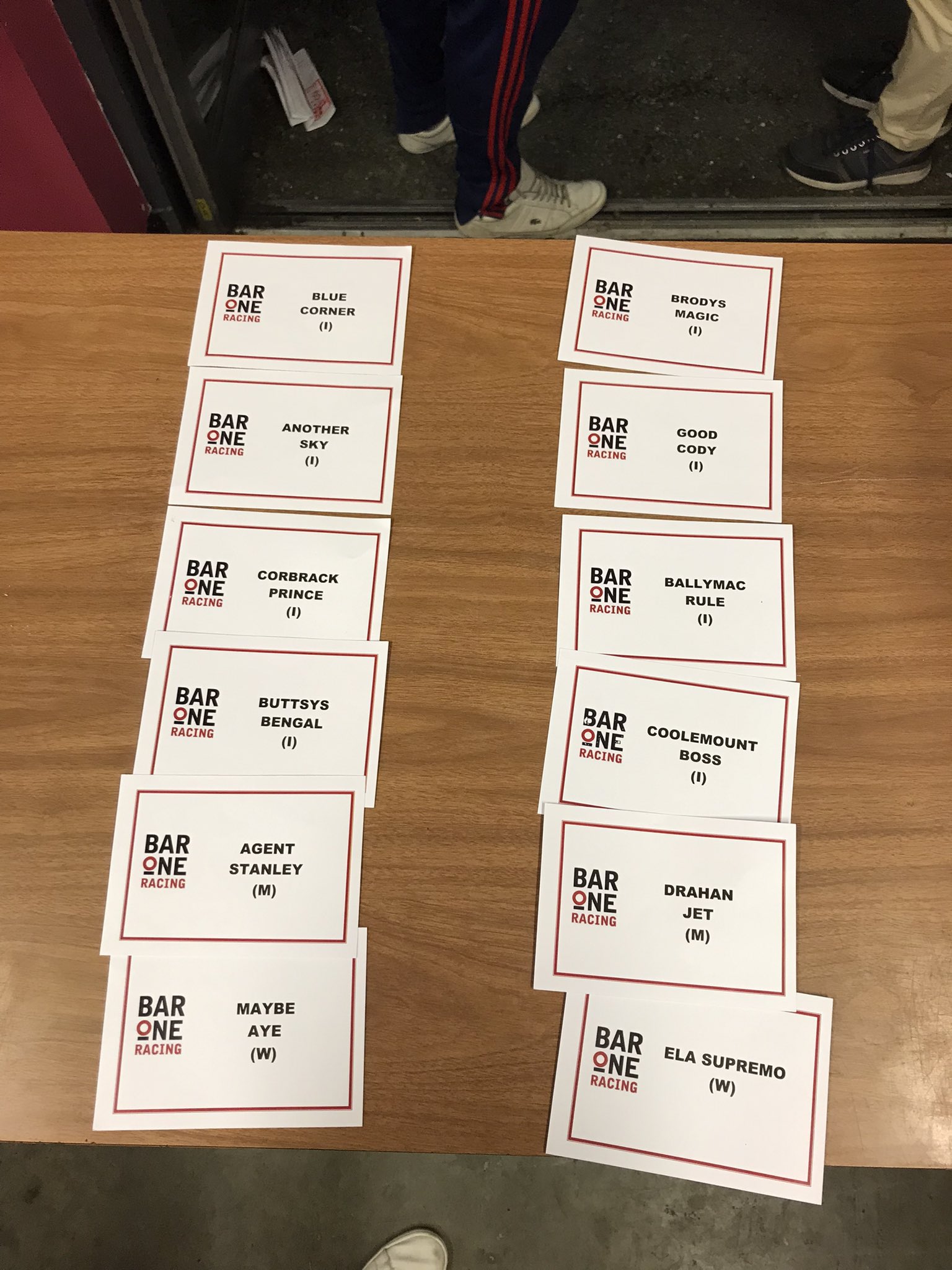 View the latest ante-post betting for the Bar One Racing Irish Sprint Cup.