Alan Marron is back to preview day 1 of Royal Ascot.

Folks we are back with the start of Royal Ascot and we will hopefully get a couple of winners on the board at decent prices.

We have four Group races on the card and, with some excellent racing to come in the week ahead, it is an exciting time to be following the news section on the Bar One Racing website.

Scroll down to check out my selections ahead of Day One ;

While Palace Pier is likely to be a short-priced favourite Aidan O’Brien is double-handed and I think that LOPE Y FERNANDEZ could be the one to give the favourite most to do.

Even though he was well behind Palace Pier at Newbury, he was likely not suited by the softer ground conditions and I can see a better performance this time around.

He will have Seamie Heffernan on board and he looks a solid each-way proposition against Palace Pier.

Donnacha O’Brien and Gavin Ryan team up with a very exciting juvenile in terms of MASSETO who really impressed me at Navan on debut when he stuck at it in tenacious fashion to get the better of Celtic Times by half-a-length.

The form of that race has worked out really well with the 2nd, 4th and 5th all winning since. Masseto improved off the back of that when stepping up to Group company in the Marble Hill Stakes at the Curragh, where he was beating two lengths by the smart Castle Star.

He was a little short of room at times on that occasion and the ground was likely softer than ideal.

I think we will see a much better performance this time around and I would expect him to go very close.

Battaash will be looking to follow up his victory last year but I think the royal runner trained by Andrew Balding could be one to keep an eye on.

KING’S LYNN has seemed a different animal since a gelding operation and has run three very consistent races this season.

He was third behind the Ed Walker-trained Came From The Dark on his first start of the season when he looked like he would improve plenty for the run.

He came on for his first start when going close behind a solid yardstick in El Astronaute at Chester and then improved off that last time at Haydock when he landed a listed contest under Oisin Murphy. His last two starts came on good to soft ground but I think there could be more improvement to come.

He will be a double-figure price and hopefully can get into contention close home. 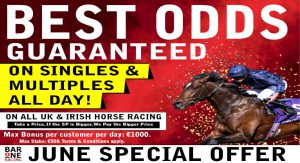 LUCKY VEGA ran a strange race last time in the Irish 2000 Guineas where he lost his position over two furlongs out and then ran on strongly close home to finish 4 ¾ lengths behind the eventual victor Mac Swiney.

Prior to that we had seen him finish third in the English 2000 Guineas and I think this type of race at Royal Ascot could be right up his street.

He was a very smart two year-old but he has improved again this season and looks one to follow for the rest of the campaign. He is drawn in stall 11 and will have regular rider Shane Foley on board.

It’s a wide-open renewal of this race but narrow preference would be for the Jessica Harrington inmate.

I think he will go very close with luck in running.

Possibly one of the most intriguing jockey bookings of the week is the fact that we will see Rachael Blackmore take the mount on the Emmet Mullins-trained CAPE GENTLEMAN.

The last time we saw this horse on the flat he was very impressive in the Irish Cesarewitch, where he came home in front in clear-cut fashion.

He then had a winter campaign over obstacles where he was a tidy winner of the Dovecote Hurdle at Sandown under Jonjo O’Neill Jr. He will carry joint-topweight and I think that is deserved as he is a very smart individual.

He is rated 140 over hurdles but only 99 on the level. I think there is plenty more to come on decent ground and I think it will take a good performance from one of the opposition to beat him.

Should take plenty of beating here. 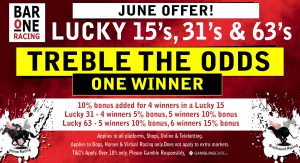 David Menuisier performed something of a masterclass last time at Epsom with BLUE CUP as he booked Oisin Murphy for the mount and, with the application of a hood, the horse wasn’t as keen and won in tidy fashion.

This time around it will be William Buick back in the plate and the horse will need to try and defy an eleven-pound hike in the ratings. I am of the opinion that a bigger field will suit and he should be able to travel behind a strong pace and come through the field.

He is quite a quirky individual who seems to need kid gloves handling and William Buick will be looking for a better spin than he got at York.

I think if he can get plenty of cover he could go close at a decent each-way price.

Willie Mullins and Ryan Moore will team up for the final race on Day One of Royal Ascot with SALDIER who was a very smart winner at Listowel under Jody Townend on his first start on the flat for four years.

He is now rated 102 on the level and that most certainly leaves improvement to come under this discipline. He has kept some very decent company over hurdles, having finished behind Honeysuckle on a couple of occasions at Leopardstown and again at Cheltenham in the Champion Hurdle.

Willie Mullins will no doubt have had this race in mind for quite a while and the Listowel victory was a stepping stone along the way.

This horse is very smart and should take plenty of beating here. 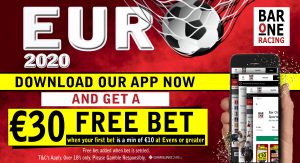