Alan Marron is back to preview another fantastic Friday at Dundalk Stadium.

Friday can only mean one thing, another excellent card at Dundalk Stadium. The feature on the night is the Belgrave Stakes Listed Race while there are also some competitive handicaps to try and dissect.

Just the one winner with Ediyva on Wednesday but it was well backed for those who followed.  Keep an eye out for a Breeders Cup piece on Saturday folks and also a preview to the Troytown at Navan on Sunday.

We will be price boosting the live show favourites at Dundalk on Friday so make sure you check out the specials and offers available by getting in touch with our Telebetting team or checking them online at Bar One Racing.com.

Many of the runners in this race look exposed and it wont take much from one of the newcomers or lightly raced sorts to get involved.

The one that caught my attention here was KRISTALL EYE trained by Willie Mc Creery and ridden by Leigh Roche. There is a question mark about whether the drop down to five furlongs will suit this filly but for me she has some of the strongest form in the race.

I have watched her last race back at Leopardstown on a couple of occasions and she was very quick away from the stalls and tried to make all the running. This could be interesting tactics to adopt around Dundalk considering she has ran over further in her career.

In her race at Cork prior to that where she finished third the form has got a nice boost with the winner Leabaland winning at Dundalk and the fourth Stellify winning at the Curragh.

She might give them plenty to think about from the off here as she has a nice position in stall four.

SUPPOSEDTOBE coincides with the barrier trial that I told ye all to follow with Catena Zapata as it was the horse that finished third.

While Catena Zapata let the form down I still think he is one to watch out for. Supposetobe improved off the back of the trial to run an excellent race in Tipperary when staying on to finish third from off the pace.

The winner from that race, Carlisle Bay trained by Aidan O’Brien was third in a Group Three on his next run so the form has a little substance to it.

This is a considerably tougher race but I think the fact that this colt handles the conditions he could run on into a place at a decent price.

A very tricky handicap with plenty of decent form to go through. One of the most interesting runners in the race is the Keith Clarke trained HARRIETS FORCE who looked to be coming back to form when finishing a staying on third over seven furlongs here last time out.

Sindhia who finished second is up against her again but Harriets Force looks to be favoured by the weights this time around and should get much closer over a trip she has won at before.

She has been a bit out of form lately but her last run was very eye catching. I think we could see a much better performance this time around and she will be hard to keep out of the frame.

This maiden looks above average for the time of year with the top yards represented and we could see a very smart winner.

Hazel drops in grade from a Group Three back to a maiden while Split Passion was a major eyecatcher last time out from a poor draw.

I just simply can’t see past the Aidan O’Brien trained filly JOAN OF ARC. She is a sister to Gleneagles and Marvellous and this is one Friday night you would love to be at Dundalk Stadium to see this filly walk around the parade ring.

The market will likely tell the tale of what is expected but she is too well bred to ignore. If she can get away on terms from the gates, hopefully we will see something special. 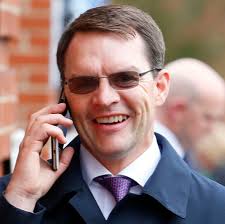 Aidan O’Brien will be concentrating on the Breeders Cup this weekend but this filly may catch his eye with a taking performance.

6.45 JOIN US ON INSTAGRAM @DUNDALKSTADIUM HANDICAP (DIV I) 7F

One of those handicaps that is very tricky to solve and I have gone for quite a speculative selection here with BAREND BOY whose mark is tumbling that far down that he could surely be competitive soon.

He was formerly trained in the UK by Hugo Palmer where he finished midfield in a class two nursery handicap two years ago off a mark of 89.

He has had a number of trainers since, the likes of Richard O’Brien and David Marnane. This horse gets into this race off a mark of 44 and I think while he has shown no form in recent starts that could completely underestimate his ability.

He is likely going to be a very big price but he could be worth a small play each way. He is only a four year old so he may show some spark soon.

AMAZING ONE could be one to go very close for the team of Thomand O’Meara and Wayne Lordan.

This horse was unlucky with a high draw last time and has a similar draw this time around. He should be able to be dropped in off a strong pace and could be competitive off his handicap mark of 53.

He has been dropped two pounds by the handicapper and that should see him go very close. He hadn’t the pace to challenge last time but I think the race wasn’t run to suit. He has been placed off a ten pound higher mark over 6f at Dundalk so he is one to keep a very close eye on.

Should be doing all his best work late on.

On ratings Harrys Bar looks the one to beat here on his first start for his new connections but with the fillies getting the weight allowance I think UNFORGETABLE could give them plenty to think about.

She caught the eye around Dundalk as a two year old when finishing fourth to Fort Myers in the Star Appeal Stakes Listed Race. Joseph O’Brien sent her to Santa Anita for the Breeders Cup Juvenile Fillies Turf where she finished down the field.

Last time out we seen her give weight to her rivals in the fillies handicap that Acquiescent won and Harriet’s Force who I’ve selected earlier on the card ran in.

That was Unforgettables first run after a break and in receipt of weight this time around I think we will see a much better performance.

She is sure to be race ready and could go very close.

Fresh from Melbourne Cup success, Joseph O’Brien is having an “Unforgettable” season.

KARTAYAZ went into my notebook at Galway on his penultimate start when being under pressure a long way from home and staying on well to finish fourth.

The race was won by the consistent Out On Friday and Aussie Valentine who has an all weather mark of 96 was back in fifth. Kartayaz is relatively lightly raced and could have improvement in him off a mark of 65.

This will be his first try on the all weather and he may be overpriced if he acts on it. Siobhan Rutledge has ridden this horse on all his starts apart from one but she is on the better fancied stablemate Dame Rapide.

Gary Caroll will be on board Kartayaz and he could get a decent spin.

I didn’t think his price would be as big as it is so he looks to have a solid each way chance with luck in running.