Alan Marron is back to preview the Guinness Kerry National at Listowel.

Listowel is very quiet this week with the lack of spectators but we will hopefully be able to pick out the winner from a very competitive field.

We will take a look at some of the trends in recent years and see how that will impact the race this time around. I will select two horses that will look overpriced to me in the market at the moment from an each way point of view and hopefully we will be able to get them in the frame.

You can catch all the action live in your local Bar One Racing Shop so make sure ye call in and get all the offers and extra places that will be available for an excellent day of racing from the County Kerry venue.

Some of the key trends are below:

One of the most interesting runners that meet plenty of the trends is Freewheelin Dylan who looks to be laid out for this race after a couple of hurdle runs in recent weeks.

We last seen him 29 days ago when he ran in a handicap hurdle at Bellewstown and finished down the field. He started 7-2 and it was quite a poor run in the circumstances. The last time we seen him over fences he landed the Midlands National at Kilbeggan  off a mark of 135 by a nose when Three Musketeers finished second.

This horse seems to like the Kerry air as he has won a hunter chase around Listowel and also won twice at Killarney. He likes to get on with his races and that will be no different here. If he can get his own way in front and set steady fractions he might be hard to keep out of the frame.

He is only 5lb higher than his Midlands National win and that is a mark that will hopefully still give him plenty to play with.

The double figure price underestimates his ability and I would be surprised if he didn’t go very close. 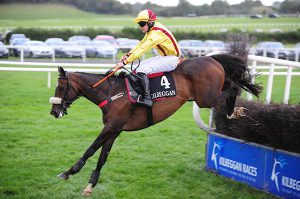 This horse may not meet as many of the trends like the previous runner but he stands out as a potential improver.

This will be his fifth run for James Nash after he was formerly trained by Jonjo O’Neill in the UK. There is one line of form that really stands out, his last run at Cheltenham where he finished fourth behind Ravenhill in the National Hunt Challenge Cup. He was hampered on a couple of occasions through that race and ultimately flattened out to finish well beaten by the winner.

Prior to that he was fourth to Carefully Selected at Naas in a Grade Three and that was a very respectable run. He was a hurdle winner at Sandown off a mark of 134 and his chase rating is 138. It gives him a chance to get competitive.

One of the most niggling issues for me is that we haven’t seen him since Cheltenham and it will take a decent performance from him to get competitive.

If he is fit and ready he should be hard to keep out of the frame here and he is one to keep a very close eye on. 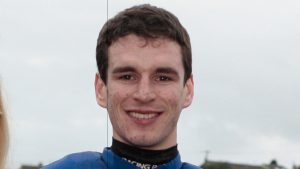 Danny Mullins could be in line for a good spin aboard Forza Milan for James Nash.