Alan Marron is back another meeting at the picturesque Dundalk Stadium.

We are back at Dundalk Stadium and the feature on the night is the Group Three Dubai Diamond Stakes. Its an excellent race this year and many of the top yards are represented.

You can catch all the action live in your local Bar One Racing shop so make sure ye call in and check out all the offers and specials that we have on the day.

Leanne Breen was one of the trainers who kindly got involved in a lockdown Q and A with me and could go very close here with TICKS THE BOXES (12-1).

He has been very unlucky in a couple of runs back in March over course and distance and a return to that form should see him go very close. He has yet to win for Leanne but has run some very respectable races.

Should be hard to keep out of the frame if he gets some luck in running. 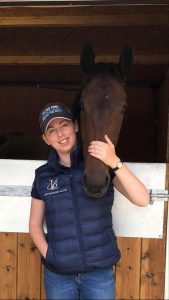 Leanne Breen has a very good chance of a winner with Ticks The Boxes to start the night.

FANTASY LADY (9-2) caught my eye on her debut at Cork when she stayed on well to finish fourth behind the Jessica Harrington trained Loch Lein who was very impressive on the day.

She was switched right inside the final furlong and stayed on nicely without threatening. Even though she was beaten eifght lengths by the winner, the winning distance was six lengths so she was right behind the placed horses and that was a good debut run.

Paddy Twomey is a trainer who knows the time of day and the market will tell plenty in regards to this fillies chance.

There is a little market movement at the minute so I will be keeping a very close eye on it.

Shane Foley and Colin Keane are having a right battle at the top of the jockeys championship and Shane might be able to add another winner here for Jessica Harrington.

FEELING TIP TOP (7-2) ran a very decent race on debut and was unlucky to suffer interference on a couple of occasions. That was a very hot maiden and when he went to Down Royal on his second start I expected much more.

He flattened out and looked very one paced. He finished second in a barrier trial at Dundalk behind Thunder Moon who has since gone and landed the Vincent O Brien National Stakes Group One at the Curragh so if he can get back to that form he will be very hard to beat.

Jessica Harrington is always respected in maidens and could get another winner on the board here.

Natalia Lupini was another of the trainers who kindly took their time out to answer some questions during lockdown and she looks to have a very good chance here with ARNHEM (4-1).

He finished third last time out at Dundalk when he led a furlong and a half out and then was just outstayed close home. I think it might be just that he was sent for home too soon and with that run under his belt and more patient tactics I can see him finally getting his head in front.

He has been raised a pound for that run and there is no doubt that he will improve in his second handicap. He drops back to six furlongs and that will hopefully the key to victory.

The feature of the night is the Group Three Diamond Stakes and a favourite of mine takes her place here and could outrun her double figure odds.

FRESNEL (33-1) is trained by Jack Davison and was beaten far in this race last year when she dead heated for fourth behind the Aidan O Brien trained Bleinheim Palace. She ran a cracker in the Noblesse at Leopardstown where she was just caught close home. She set the fractions that day and I am hoping from stall 11 she will be able to get over and adopt a handy position and set the pace.  She was also second in the Ballyroan and it could be likely that small fields suit her.

She is well capable in this grade and looks overpriced.

I would expect her to run well here and will hopefully snatch a place.

The Kevin Prendergast trained ALGHAZAAL (11-2) looks one to keep a close eye on here ad he enters his first handicap off a mark of 79.

One of the most traits that this horse has is that he travels very strongly and that could really suit him around somewhere like Dundalk. The yielding to soft ground may not have suited him last time out and the drift in the market suggested so. His run prior to that was more encouraging when he led under 3f out and then was worn down close home.

I think he will be held onto here until inside the final furlong and he looks like he will be very hard to keep out of the frame.

The trip should suit him really well and he looks one of the main contenders here.

This is not the strongest race on the card but the booking of Shane Foley on STORM STEPS (13-2) could mean plenty and he looks one to pay plenty of attention to.

This horse has been out of form most recently but has made the frame on three occasions to the Co. Louth venue and we could see another decent performance here. He was third three times at the end of last year around Dundalk off marks of 64, 64 and 63. He gets in here off a mark of 61 and that should be more than enough to see him go close.

The turf may not suit him and I would be happy to give him a chance to return to form here.

Keep an eye on the market but he should be competitive.

We finish the card with the second division of this handicap and again it doesn’t look overly strong.

The booking of Colin Keane for handicap debutant JOE’S JOY (12-1) could see an improved performance and Matthew Smith has his team in flying form after he had a winner, second and third with his last three runners. This horse has started big prices on all three runs but he gets in here off a mark of 53 and there could be plenty of improvement to come.

Like the first division of this race the market will likely tell plenty but this horse is very unexposed and I think he could go very close here.