Over the next four days, there is excellent racing on the Knavesmire for the Ebor Festival.

York is a picturesque racing venue, one we should all try and attend at some stage.

Day One of the festival, as usual, has produced an excellent card with the Great Voltigeur and Juddmonte International taking centre stage.

You can catch the action live in your local Bar One Racing shop throughout the week so make sure you call in and check out all the specials and offers we have available.

And don’t forget that we are BEST PRICE GUARANTEED on SINGLE AND MULTIPLE BETS on ALL UK and IRISH racingguaranteed odds on singles and multiples across ALL PLATFORMS.

This is a very competitive handicap to start a great four-day meeting at the picturesque Yorkshire venue. There are a number of horses that are nicely-handicapped and look to have been laid out for this race having run well in it last year.

The last time he ran off a mark of 100 he was successful here and he looks like he will be hard to keep out of the frame here with luck in running.

He is a solid each way proposition.

The Charlie Appleby-trained CLOUDBRIDGE was very impressive on his debut at Leicester and if he can improve off the back of that he will be very hard to beat.

The third horse River Alwen has come out and won since so that gives the form a solid look to it. The most interesting thing for me when Cloudbridge made his debut was that Ryan Moore was booked so connections were expecting a big run.

He took a bit of pulling up after the line so he looks a colt with plenty of ability.

If he takes to the track here he should be very hard to beat. 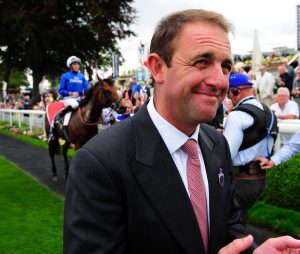 Can Cloudbridge remain unbeaten for Charlie Appleby and Godolphin?

This race is all about the step up in class for DARAIN and to see whether he is able to handle it.

He was a very expensive purchase at 3.5m guineas and is unbeaten in two starts. He really impressed me on his debut at Newbury when quickening nicely to put the race to bed with the minimum of fuss.

He then went to Newmarket on his second run and was long odds on to remain unbeaten. It was a workmanlike performance but he did it nicely and should improve from second to third run.

This will be a test of his ability but he looks the type to grow into his frame and really progress off the back of it.

Connections think plenty of this colt and he should go very close and improve his growing reputation.

The Sussex Stakes at Goodwood was primed to be one of the races of the season and it didn’t disappoint, but one of the talking points after the race was whether KAMEKO would have gone closer with a clear run.

Oisin Murphy was adamant that he would have got much closer and the step up another two furlongs should see this horse in a better light.

He won the 2000 Guineas in smooth fashion and then didn’t stay the trip in the Epsom Derby. This trip might just be exactly what he needs.

Ghaiyyath may set the pace – as he normally likes to get on with his races – but I think with Kameko getting the weight-for-age allowance, he should go very close.

It could be a quick double for Qatar Racing after Darain in the Great Voltigeur. 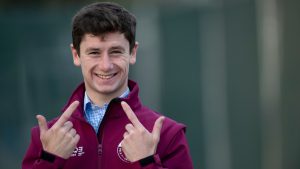 It could be a quick double for Oisin Murphy with Darain and Kameko. That would definitely have him smiling.

Donald McCain and Graham Lee team up here with BLAKENEY POINT and he is a very interesting runner on the basis of his hurdle win last time out on his first run after wind surgery.

He has run in this race in the last two years and ran a very encouraging race when fifth in 2018 off an eleven-pound higher mark than today. I just think that he might be a completely different horse this time around and the wind surgery may have worked wonders.

The one thing that really impressed me at Bangor was the way he travelled, Brian Hughes had a tight hold of him all the way and he ran on to win readily.

He could be overpriced and looks solid each-way value in a trappy race.

The Michael Appleby-trained FREE LOVE looks to have a solid each-way chance here on the basis of its second-place finish behind Glamorous Anna, who also runs here.

There is an eleven-pound weight difference for a nose defeat and Free Love has a very strong chance to avenge that.

One of the most interesting pieces of form for this filly is that she finished eighth behind Que Amoro in a strong handicap over course and distance at this meeting last year. Que Amoro has improved a stone since that race last year while Free Love has dropped seven pounds.

She will be a double-figure price and could give us a decent run for our money.

The horse that interests me most in the final race on day one is the Clive Cox-trained CHURCHILL BAY.

His run at Ascot last time out was full of promise and he was unlucky to be caught close home. That form has worked out nicely with the fourth winning next time out and three other horses being placed on their next run.

Adam Kirby clearly knew what he had at Ascot and kicked for home early and he just got outstayed close home. He might just let him travel into this race a little longer and deliver him late and go and win his race.

He looks one of the main protagonists in this race and he will be very hard to beat.