Alan Marron is back to preview a fascinating card at Dundalk Stadium.

It is great to be back at Dundalk Stadium for a cracking card which is the curtain raiser ahead of the Bar One Racing Sprint Cup Final for Greyhounds later that night.

As ye will read below there are some very interesting runners on the card and you will catch it all live in your local Bar One Racing shops folks. So call in and grab yourself some value ahead of a great day of racing.

This is a very interesting maiden as we have a trio of recent barrier trial winners over course and distance taking their place here.

On times the Sheila Lavery trained BELLE IMAGE looks to have a very strong chance. She cost fifty thousand euros at the September Yearling Sales and looks to be a very smart recruit.

The experience from the barrier trial should count for plenty and I would expect her to go very close.

For those of you who followed my Dundalk previews through the winter know that I think EACHARN is probably a better horse on the all weather than he is on the turf.

He had plenty of chances since racing resumed to try and avail of a reducing handicap mark but struggled to perform to his best. His optimum trip is seven furlongs but he returns here over six furlongs carrying plenty of weight.

Hugh Horgan is aboard claiming seven pound and that could give him a solid chance. He was second off a mark of 66 and gets in here off a mark of 63 and the claim.

If he gets some luck in running I would give him a strong each way chance and could give them plenty to do.

The globetrotting GEOLOGICAL came back to form with a very strong run behind Could Be King at Naas last time out and could be poised to strike on his return to the artificial surface.

With Colin Keane booked connections mean business and he is drawn well as he is a very prominent racer and likes to get on with things.

He is eight pound higher than his last winning mark but Could be King was unlucky in a listed race at Cork on his next run which suggests the form is above average. Geological travelled to Meydan over the winter and ran well on a couple of occasions for Vanessa Maye.

If Colin can get him in front and setting a nice rhythm I would expect him to go very close. 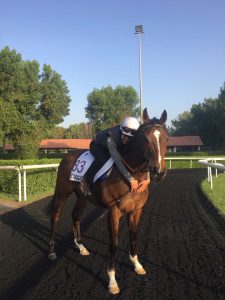 This race could be a battle of the newcomers as father and son; Joseph and Aidan O Brien unleash two nicely-bred horses.

The most interesting of the duo for me is BOYNE RIVER who is a son of Kingman and will more than likely appreciate a step up in trip. It doesn’t look a strong race overall so the market will tell all.

Boyne River will improve for the race, without doubt, but I think we could see a very strong performance and he could be a colt to follow for the remainder of the season.

Joseph O’Brien could be in line for a quick double with CAVELL who has some very strong form in the book and could finally get her head in front.

She has the box seat in stall one and the last time we saw her at Dundalk she ran very green behind the Qatar Racing-owned Siamese. She had a couple of average runs on turf and we could see a completely different animal back on the all-weather.

Shane Crosse is on board here and with luck in running she will go very close here.

Many of her formlines have been backed up so keep a close eye on the market to suggest what hopes connections have here.

The second division of this race doesn’t look the strongest contest on paper and it might be worth taking note of the Joseph O Brien trained BLUEBEARDS CASTLE.

He is very well bred being a son of War Front out of a very good dam in wading who was trained by Aidan O’Brien. The surface should be no issue to this War Front colt and I will be keeping a close eye on the market as it should reveal plenty.

There are plenty of question marks over the other runners in the race at the head of the market so Bluebeards Castle looks the one to pay most attention to.

Joseph O Brien could be in line for a quickfire four-timer on the card with VERIMLI who caught my eye last time out when fourth behind Lynwood Gold at The Curragh.

This is his third run for Joseph since joining from the French yard of Alain De Royer-Dupre. He was unlucky first time out and then second-time up he stayed on into a never-threatening fourth close home.

He could still have plenty of improvement to come and no doubt Joseph will land a decent pot with him sooner rather than later.

He has plenty of weight here again but he looks to have plenty of class and should be hard to keep out of the frame.

Verimli looks a very interesting runner for Joseph O’Brien, can he finally get his head in front?

Gavin Ryan is having a very good season and he looks to have a good chance of landing the final race on the card here aboard LOUGHANLEA LASS.

This filly ran an absolute cracker on her last run when she was drawn wide at Leopardstown and stayed on strongly to finish second behind Dark Magic. A couple of the horses that ran in that race finished behind her so she has the formline over them.

The main thing for me here is that the draw has been kinder to her and Gavin Ryan should be able to get a handy position and switch her out late and come with a winning run.

Will be hard to keep out of the frame if she can improve off the Leopardstown run.