First run in 1886, the Group 1 Eclipse Stakes is one of the most-important races of the season and usually provides an opportunity for the Classic crop, the three-year-olds, to meet older horses over 10 furlongs for the first time at Group 1 level during the course of the British or Irish flat seasons.

However, owing to the unusual nature of things because of Covid-19, three year-olds are not able to run in the race this year. It is, though, still a great race this year given its fabulous line-up.

The race is named after Eclipse, one of the greatest horses of all time, who went through his career unbeaten in 18 races in 1769-1770. He then became a hugely-successful sire and appears in the pedigree of most modern-day Thoroughbred bloodlines.

A bright chestnut in colour, he had a narrow white blaze on his face and a white stocking on his right hind leg and, at 16 hands, was tall for the time.

He was purchased by an Irishman, Dennis O’Kelly, in two stages: for 650 guineas in April 1769 after he won his second race and 1,100 guineas in April the following year. O’Kelly is considered to have made his fortune from gambling. He made an even greater fortune from the stud exploits of Eclipse, who is reported to have sired between 325 and 340 individual winners, including three of the first five Epsom Derby winners, Young Eclipse, Saltram and Serjeant.

Sunday’s race has to be listed among the best line-ups we’ve seen for a Group 1 race for a good few years. It promises to be an occasion to savour. Here are the runners:

1. BANGKOK (Andrew Balding). Official rating 114 – He has plenty of ability and won last year’s Classic Trial over course and distance last year. However, a big step on what we have seen from him so far will be needed in terms of winning

2. GHAIYYATH (Charlie Appleby) OR 126 – He proved he is high-class last season and confirmed the feeling that he is a horse best kept fresh when running out an impressive all-the-way winner of the Group 1 Coronation Cup at Newmarket last time. Much as the form of that race is not outstanding, he has huge ability, although this represents his biggest test to date.

3. JAPAN (Aidan O’Brien) OR 122 – Last year’s Derby third, Juddmonte International winner and Prix de l’Arc de Triomphe fourth, where he finished 2.25 lengths behind Enable, he is certainly talented and open to improvement. Much as he was slightly disappointing when finishing 5.5 lengths behind LORD NORTH at Royal Ascot last time, that should have put him spot on for this

4. LORD NORTH (John Gosden) OR 124 – LORD NORTH IS NOW A NON-RUNNER – He put in a career-best performance when winning the Group 1 Prince Of Wales’s Stakes at Royal Ascot on June 17th, where Japan finished 5.5 lengths behind him. In October, he was beaten in a handicap at Ascot. He has clearly progressed a good deal since then, although this will be his toughest test to date.

5. REGAL REALITY (Sir Michael Stoute) OR 116 – he finished 3.75 lengths behind JAPAN in the Juddmonte International last season, but has won over today’s course and distance, in the Group 3 Brigadier Gerard Stakes last season. He followed that by finishing third in this race last year, beaten 2.75 lengths by ENABLE despite losing a shoe in the race. He had been gelded and off the track for 243 days prior to his run at Royal Ascot last time (third in a Listed Race) but probably needed the run. He wouldn’t have to improve much on last year’s run to get involved this time around.

6. DEIRDRE (Mitsuru Hashida) OR 115 – The pride of Japan will have that nation’s eyes upon her on Sunday. She looked good when winning the Group 1 Nassau Stakes at Goodwood last August and followed that with an unlucky fourth behind Magical in the Group 1 Irish Champion Stakes at Leopardstown. She is no forlorn hope based on those runs.

7. ENABLE (Trained by John Gosden) OR 128 – The Queen of the Turf and the apple of jockey Frankie Dettori’s eye. She has won ten Group or Grade 1 races and has amassed nearly £10.5million in prize-money. Her successes include the Epsom Oaks, Irish Oaks, the 2017 and 2019 King George VI & Queen Elizabeth Stakes, the 2017 and 2018 Prix de l’Arc de Triomphe – she was just denied when going for a third-straight win in the famous race last year – the Breeders’ Cup Turf and the Eclipse Stakes last year. She is an absolute star and, although this will be her first race of the season, she won this following a 245-day break last year.

8. MAGIC WAND (Aidan O’Brien) OR 115 – She has competed with great credit at Group or Grade 1 level in Australia, Hong Kong and the USA since chasing home Magical in last year’s Irish Champion Stakes (Deirdre finished half-a-length behind her in fourth after an unlucky run) and returned this season with an easy win in a Group 2 race at The Curragh. She has, though, won just tw of her last 20 races. That said, she reflects great credit on connections and has, along the way, amassed career earnings of £3.6million. A win would represent a sizeable step up on what she has achieved so far. 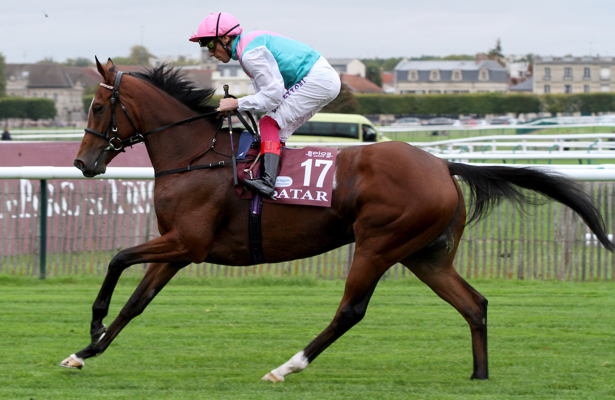 VERDICT: It has to be ENABLE to win again, but I would not be surprised by a big run from REGAL REALITY, who looks overpriced at 25/1 (at the time of writing). An on-song GHAIYYATH won’t be easy to peg back and JAPAN surely has improvement in him from Royal Ascot. It all adds up to a superb race for the 2020 Coral-Eclipse. **NB Trainer John Gosden was reported on Thursday as saying that Enable is becoming harder to get fit as a six year-old and will improve for Sunday’s run. That opens the door, so to speak, if you fancy something else. I’ll risk a small each-way on Regal Reality.

****PLEASE NOTE that REGAL REALITY was nominated each-way at 25/1 when eight runners were in the race so, if you backed him with us and he finishes in the first three in the race, the place part of the bet will be landed