Horsetrakker marks your card for a huge day of racing in South Africa at Turffontein.

Multiple bets are advised on his runners.

I have also selected runners of his in other races. Selections are given after every race. 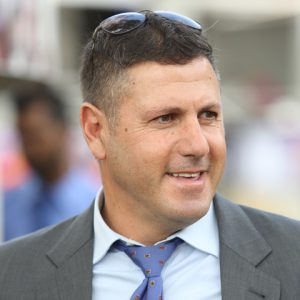 A Workriders’ race, which are great initiatives to give the unsung heroes a chance on the big stage.

Typically, it is best to follow the money in these race-types.

Next best – Due Diligence

Immeasurable has reportedly been working well and if he brings his A game will be hard to beat. The worry is that he can keep his best for himself. A cautious view is taken. 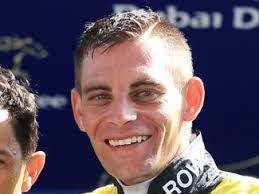 A competitive race with a number of runners holding chances.

Querari Ferrari had been ultra-consistent before the lockdown and had been placed behind two superstar fillies in Summer Pudding and Lady of Steel . If she performs to that level, she’s the one to beat.

Dangers lurk in the form of Wild Date, Return Flight and Vitulla.

Vitulla is burdened with topweight but should go close.

Summer Pudding puts her huge reputation on the line today. Unbeaten in five races, this classy filly has been doing her best work late in races, which indicates that today’s step up in trip will hold no fears. Has the assistance of world-class former champion jockey Gavin Lerena.

Victoria Paige ran a close third to Summer Pudding in the fillies’ Guineas. She came from way off the pace and met trouble in running on a couple of occasions in that race. Has to have a serious chance with the extra trip today.

The brilliant Hawwaam aims to put his reputation back in place. This is his optimum trip and he ran like a non-stayer in his last two races.

He should win today and could be a value bet following his previous defeats.

Dangers lurk from his stablemates Queen Supreme and Soqrat.

Queen Supreme gets a fillies’ allowance and could give the fav most to do. Soqrat is a proven Group 1 performer but has it to do if Hawaam turns up with his A-game.

The fly in the ointment could come from the champion trainer Sean Tarry. He saddles Tierra Del Fuego, who has been working well and will give a good account today.

Got The Greenlight has a huge chance of Derby glory today. Showed a fine turn of foot to win the SA Classic last time and should be up to staying the extra distance today.

Danger comes from Shango, who looks like a top stayer in the making and had an interrupted preparation last time . Will strip fitter today and has a big chance.

The other major player is Youcanthurrylove with the brilliant Smanga Khumalo on board. He shows all the signs that he needs a longer trip and can be there at the business end today.

An ultra-competitive finale to a very strong card.

Chitengo holds all the aces. She is a big improver in 2020 and has benefited from Gavin Lerena’s brilliant front-running tactics.

Gavin can’t do today’s weight but she will still be hard to beat if forcing the pace with top man Khumalo on board.

Drops back in trip today but blessed with a good turn of foot should go very close. The De Kock-trained Alibi Guy is very much an unknown quantity.

Three-from-three has been off the track for 11 months but has to be respected owing to his superb trainer. There is definite substance to his form.

Watch the market for clues on his return to the track.