There are ten races from Chantilly on Wednesday, starting at 10am.

The feature race, at 1:12pm, is the Prix Texanita, a six-furlong race for three year-olds. It looks an open race. Possibly, the market leader will be Wanaway, who is trained by Pascal Bary and will be ridden by Maxime Guyon, who rode a treble at ParisLongchamp on Monday when French racing resumed following the Covid-19 induced stoppage.

Wanaway won a 5.5f Listed Race on March 20th on her latest start, where she beat one of today’s opponents, Abama, by a length on heavy going. They meet on the same terms today over today’s 6f trip.

My Love’s Passion is very consistent and finished second at the Group 2 Prix Robert Papin at Deauville two runs ago and finished third, beaten 2.75 lengths, to Wanaway last-time out (in the race referred to in the previous paragraph) when sent off as favourite for the race. They all meet on the same terms today.

Wooded has been placed in Group races over seven furlongs in each of his last two starts and will be trying today’s shorter trip for the first time.

Alocasia won a 6.5f Listed Race at Maisons-Laffitte on good to soft going two runs ago and didn’t run badly when fifth in Group 2 race last time. She is by Kingman and is from a lovely Juddmonte family and should progress nicely this season.

Really, it’s a question of who will prove fittest or sharpest on the day. Alocasia has an eye-catching pedigree but a repeat of My Love’s Passion’s Robert Papin run would surely bring her into things.

A short-priced favourite for the opening race (10am) is Celestin (Fabrice Chappet/Christophe Soumillon), who has won his last two races, including a Listed contest at Toulouse last time, in good style. Winwood was sent off as favourite for his debut at Deauville in July but finished sixth. He surely has better to come.

Soumillon looks to have a good chance too in the 10:30am race, a mile contest for three-year-old fillies, on Simeen, who has won both of her races so far for trainer Jean-Claude Rouget. She will be vying for favouritism with the Godolphin-owned Bionic Woman, who cost 800,000 guineas and finished fourth last time, beaten 4.5 lengths, in the Group 1 Prix Marcel Boussac at ParisLongchamp on ‘Arc’ weekend. That, of course, is high-class juvenile form. 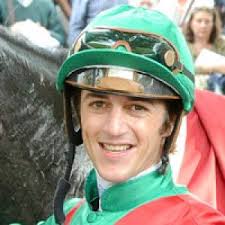 The 11am race is for unraced two-year-old fillies so is something of a guessing game, particularly given the soft going. Citadelle is by Siyouni and has no less than nine winners in the second line of her pedigree, including a Group 2 and 3 winner. She has to be of some interest.

The 11:30am race is for two-year-old colts and geldings and Jean-Claude Rouget’s Ornamental Glitter looks like being a warm order. He’s from a family that has plenty of winners in it and his granddam has produced a Grade1/Group 3 winner from the four winning foals she has produced.

The midday race is a claimer for unraced two year-olds and the 12:30pm race is a 6f contest for largely lightly-race three year-olds. It’s a guessing game as to how they will compare to each other in terms of ability linked to improvement since we last saw them, although Prince Khaled Abdullah’s Marbling, who was beaten a neck at Compiegne on her sole run to date, looks promising and has a lovely pedigree, being by Kingman out of a Dansili mare that has produced two winners so far for Dermot Weld.

Jean-Claude Rouget’s Ayaad is also by Kingman and he won last time, albeit narrowly so will, I feel, have to build on that again in order to score here. I’d be hopeful of a good run from Pascal Bary’s JuliusJuliusson, who has shown promise on all three starts and has a nice pedigree, being by War Front out of a Grade 2-winning Distorted Humor mare.

Completing the card are open-looking handicaps at 1:47pm, 2:22pm and 2:57pm. Irishman Gavin Hernon’s Loquen could go well at 2:22pm on what will be his first run for the stable and his first in a handicap. He couldn’t be a confident choice, though. He won over seven furlongs here last time and today’s race is over six. At 1;47pm, Viscount Barfield rarely runs in handicaps these days so money for Pia Brandt‘s runner could tell a tale.

Watch out for our extra-place races today at Chantilly and elsewhere.

At the time of writing, the following extra-place races were available on Wednesday’s racing:

12:30pm Marbling, with JuliusJuliusson an each-way shout if the price is right