These jockey interviews are proving very popular, which is good to see, and following on from his brother, Conor, today’s jockey answering the questions is Oisin Orr.

Oisin was crowned Ireland’s champion apprentice in 2017 and shared last year’s title with Andy Slattery (43 winners apiece). In fact, he enjoyed a marvellous 2019, which included a successful association with the powerful stable of Dermot Weld, one that yielded two Group 3 successes.

Prior to this Oisin had caught many an eye when winning the €150,000 Petingo Handicap at Leoparstown on Irish Champions Weekend in 2016 on Quick Jack for Tony Martin. Since then he enjoyed spells riding in the USA and Australia and his career continues on the up.

Once again, I am grateful to Oisin and all the jockeys involved for taking the time to answer my questions and I wish them every success in the year ahead.

WHERE ARE YOU FROM: RATHMULLAN, CO.DONEGAL

STABLE YOUR ATTACHED TO: I DO FIVE MORNINGS A WEEK WITH DERMOT WELD AND ONE DAY IN EDDIE LYNAM’S.

HOW DID YOU GET INTO RACING? MY FATHER, RAYMOND, ALWAYS HAD PONIES WHEN I WAS YOUNGER AND I DID A FEW YEARS IN THE PONY CLUB. I WENT ON TO DO A FEW YEARS’ PONY RACING (OISIN RODE 33 PONY RACING WINNERS) BEFORE I WENT TO JOANNA MORGAN FOR MY FIRST JOB IN RACING. 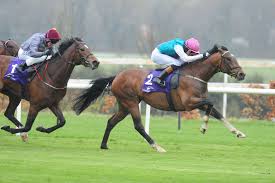 FAVOURITE RACECOURSE AND WHY: LEOPARDSTOWN BECAUSE ITS A FAIR TRACK, BEST HORSE USUALLY WINS AND BECAUSE I HAVE HAD PLENTY OF LUCK THERE.

TOUGHEST COURSE TO RIDE: GALWAY AS YOU NEED A LOT OF LUCK AND A GOOD DRAW.

HORSE THAT YOU LOOK FORWARD TO THIS SEASON: HOPEFULLY, IF WE CAN GET BACK RACING IN THE NEXT FEW WEEKS IT WILL BE GREAT. I THINK GEORGEVILLE, IF HE IMPROVES FROM LAST YEAR, COULD BE ONE TO LOOK FORWARD TO.

RACE YOU WOULD MOST LIKE TO WIN: EPSOM DERBY

WHAT WOULD YOU LIKE TO OWN THAT YOU DONT HAVE ALREADY: ENABLE

HOBBIES OUTSIDE OF RACING: I RUN MOST DAYS SO THAT KEEPS ME BUSY AND I TRY TO PLAY GOLF, BUT I’M NOT VERY GOOD AT IT.

FOOTBALL TEAM YOU SUPPORT: NONE. CANT REMEMBER THE LAST TIME I WATCHED A FOOTBALL MATCH.