It’s been a great week for the league with Jordan Flores screamer going viral to almost 5 million people while the game itself between Rovers and Dundalk was an instant classic played out in front of a packed out Tallaght Stadium.

What we witnessed on Friday night is the blue print for Irish football going forward, good facilities, big crowds, great football and professional presentation, let’s hope for more of the same this weekend.

It’s been an inconsistent start to the season for Waterford who won their opening game away to St.Pat’s but have since lost back to back games at home to Dublin pair Bohemians and Shamrock Rovers. Last weekends trip to Sligo looked an interesting prospect but was sadly rained off.

Derry’s start to 2020 would have also been described as up and down until Friday’s brilliant 2-0 win at home to Bohemians and I’ve seen plenty of encouraging signs from City in their opening three games and I fully expect them to feature in the top four again this term. 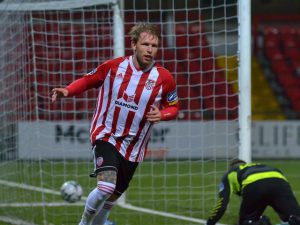 It looks like just a matter of time before Tim Nilsen gets his goal account up and running with the Candystripes with the Norweigian striker making some lovely runs off the ball and he’s just warmed a few goalkeepers hands so far.

I fully expect Nilsen to rattle the back of the net the next real opportunity he gets whereas I look at Waterford’s team and wonder a little bit where their main goal threat is. Michael O’Connor has never been a consistent player in the league and I think the Blues might find themselves wanting up top at times this year.

Aside from that, Alan Reynold’s men are well organised and will be a difficult opponent for Derry but I think City will just shade this one. 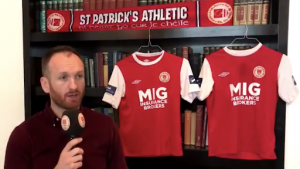 It’s not been a good start to Stephen O’Donnell’s first full season at Richmond Park.

A massive game for both managers with St.Pat’s a major let down since the start of the campaign while Cork City got their first win of the season at home to an unfortunate Finn Harps in an absolute slugfest at the Cross last week.

Harps thought they’d hit the front against a Cork side who had shipped 10 goals without response prior to last weeks game only for the referee to adjudge a foul had been committed on the City keeper, a decision which left Ollie Horgan fuming after the game.

A second-half header from Alec Byrne off a City set-piece was the difference but Cork survived another late scare when Harps had one cleared off the line on a Turners Cross pitch resembling a ploughed field.

Wheter that result is a quick paper over the cracks job or whether it helps galvanise Neale Fenn’s team remains to be seen.

As for Stephen O’Donnell’s St.Pat’s they’ve proved to be a major let down losing two of their 3 games to date and appeared to come up short physically against Waterford and most recently Shelbourne.

“A soft touch” is certainty not the kind of label Stephen O’Donnell will want attached to his team, especially given the kind of player O’Donnell was, but another defeat at home here could see that kind of description starting to be banded about.

Billy King has been a bright spark since arriving at Richmond Park while Chris Forrester threatens to show his old self from time to time but away from that St.Pat’s look threadbare up front with Martin Rennie struggling to adapt to his new surroundings.

As a result, it appears Dean Clarke and Ronan Hale will be the men O’Donnell expects to provide the goals and while both men definitely have ability, it’s a far cry from the Pat’s sides who could rely on the likes of Danny North, “Bisto” and Christy Fagan.

Still, this Pat’s team should have enough to see off a Cork side who were lucky to win last time and have clear major frailties. 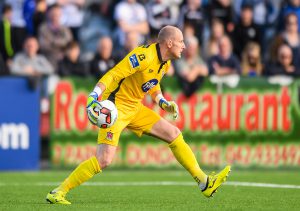 This is a real test for the champions who had their flag lowered at Tallaght last week even with Jordan Flores capturing headlines worldwide with his stunning strike.

Finn Harps have been brilliant so far this season with their relentless pressing off the ball a very noticeable feature of the Donegal men’s play.

A tight and bumpy pitch won’t exactly fit with Dundalk’s ideals and Finn Harps are sure to make life as difficult as possible for Vinny Perth’s men when they visit Finn Park on Friday.

Despite defeat to title rivals Shamrock Rovers, Dundalk showed plenty to be positive about in an attacking sense last week and Vinny Perth and his players are not going to panic this early on into a new season even if performances haven’t exactly peaked as of yet.

Dundalk handed out some real hammerings to Harps last season including a 5-0 win at Oriel in August but Ollie Horgan’s men did manage to hold the Lilywhites to a 1-1 draw at Finn Park in an early exchange last season which would be a fantastic result for Harps if they could replicate it this time around.

We are usually talking about Harps as being a major threat from set-pieces but it was a corner that undone them away to Cork and Dundalk have already scored four goals from set-pieces this term. I give Dundalk the edge but it will be a battle for sure.

It’s back to back Dublin derbies for Shels who turned St.Pat’s over at Tolka last time while Bohemians will be eager not to add a derby defeat against the reds to their opening day defeat at home to Shamrock Rovers.

Keith Long’s side were unfortunate that day with a late James Talbott error handing Rovers the three points but since then the Gypsies have bounced back brilliantly with back to back wins and Waterford and Sligo but they couldn’t complete the hat-trick as Derry City got the better of Bohs at the Brandywell last week.

We are only a few weeks into the new season and already we know what to expect from Shelbourne every week with Ian Morris’s side very well organised, physical and direct. I never expected the Drumcondra men to be in a relegation scrap this season and recent performances have only reinforced that belief.

As for Bohs they had to overcome adversity with Dinny Corcoran yet to kick a ball this season while Keith Long will be delighted he was able to attract such a high profile number two like Stephen McGuinness to Dalymount Park after the injury to Talbott.

Bohs are also without their influential captain Derek Pender this season as he retired at the end of last year and I do wonder if Stephen Mallon would have been allowed to skip into the Gypsies box the way he did on Friday for the opener if Pender had still been around.

I’ve a feeling there won’t be an awful lot between the sides on Friday which makes the 11/20 about the hosts far too short for me while 5/1 is brilliant value for a Shels side who pushed Dundalk all the way in their penultimate league appearance before toppling St.Pat’s latest. I can’t split them. 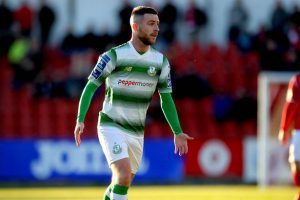 Sligo Rovers are now the only team in the division without a point on the board and they couldn’t be hosting old foes Shamrock Rovers at a worse time with the Hoops on a massive high following their big win at home to Dundalk last time.

While Jordan Flores stole the show with his wonder goal it was Jack Byrne who again ran the show in midfield and he should enjoy the quality surface on offer at the Showgrounds on Saturday.

Rory Gaffney made a good impact off the bench last week for his new club and it will be interesting to see how Stephen Bradley accommodates the former Limerick man given Aaron Greene has been a key figure through the middle for Rovers this season.

In saying that, Greene missed a golden opportunity when one v one with Gary Rogers last week and the former Bray man has always been questioned in regards to his finishing and composure in front of goal. If Bradley wants to topple Dundalk and make progress in Europe then he needs to be ruthless and moving Greene back out wide may be what he needs to do to get that extra 1% out of a clearly wonderfully talented squad of players.

The same can’t be said for this Sligo squad who have performed like a bunch of misfits so far this season and I’d worry for the Bit O’Red at the back against a team as explosive as Rovers who dismantled an equally poor Cork team just a couple of weeks ago.

Have you tuned in to this weeks Between the Stripes LOI podcast sponsored by BarOneRacing.com?