In the PGA Tours 2nd leg of their Florida Swing, they head to the ever popular Bay Hill course for the Arnold Palmer Invitational. Hosted by the late great Mr Arnold Palmer until he passed away in 2016, the Invitational has always attracted a star studded field every year as players look to step up preparations for the major tournaments. The Ryder Cup hero of 2018, Francesco Molinari, comes into the event as defending champion but is showing no form to suggest he will be putting up a strong defence of his title.

Rory McIlroy will be a hot favourite this week and justifiably so considering his early season form but I’m just not convinced on McIlroy’s ability to close out 54-hole leads and with that I have shied away from him this week.

With big golf events, as always, brings big each way value at Bar One Racing, and this week is no different, as we are offering a massive 8 PLACES each way on your bets. With this value in mind, I have 3 fancies at big prices for this week event. 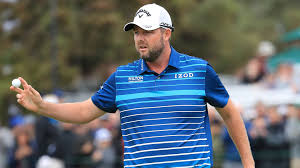 The 2017 Arnold Palmer Invitational winner comes into the event boasting good early form for the season and good course form around Bay Hill for the last few years.

Coming off a very impressive victory at Torrey Pines in the Farmers Insurance Open, Leishman will be relishing the chance to improve on his great record around Bay Hill with 3 Top 10’s and a victory in his 10 appearances. Don’t be expecting anything spectacular from Leishman, in terms hitting rounds in the low 60’s.

He hasn’t been setting the world alight with his scoring this year ranking 69th on tour (70.633) but he has been consistently hitting rounds in the high 60’s this year, and if he keeps with this trend, he will be well inside the top 8 for your place money and even better pulling off the victory.

The big hitting Spaniard’s 2019 season wasn’t exactly spectacular, with his performance at the Bay Hill course being the highlight of his year.

He looks to be getting back to his best form with a couple of decent results worldwide this season, with his best result coming at the HSBC Championship (T12).

Cabrera-Bello blitzed the course last year with an impressive bogey free, 65, -7, 1st round as he took an early lead on his way to a 3rd place finish on his debut.

The eye catching part of Cabrera-Bello’s start to this year is the improvement in his putting game with stats like Strokes Gained, Putting Average and One Putting Percentage ranking well above tour average.

Combining his long drives with a strong short game could be the key to another great result for the Spaniard this week.

The 2020 Irish Open host tees up this week, similar to Leishman, with a very good victory under his belt already this year, coming at the Saudi International.

Ranked 50th in the World, McDowell will be looking for a good Florida Swing in order to confirm his spot at Augusta next month for the Masters and also for the other major events this year.

The Northern Irish man is a former runner up around Bay hill and has made the cut the last 3 years. This will be his 11th consecutive appearance at the event so he will know the course inside out.

His stats on the European Tour have been really encouraging this year, particularly his putting stats ranking near the top in his Average Putts Per Round and Putts Per GIR.

I think he will be an interesting watch this week but the juicy big price on him this week and the superb each way value on offer here at Bar One Racing, it would be silly not to have a financial interest on former US Open champion.