As we’ve been accustomed to in recent years the fixtures are coming thick and fast early on in the League of Ireland Premier Division season with managers being forced to utilise their squads after a round of Monday night matches.

For the well resourced sides such as Dundalk and Shamrock Rovers this is exactly what squad players are for with Vinny Perth and Stephen Bradley able to rotate without greatly weakening the starting XI.

For some managers though this is a challenging period in the season with consistency often taking a hit as a result of fatigue and changes on mass.

Round 4 in the Premier Division will tell us a lot about teams ambitions this term with some absolutely cracking matches up for decision.

Let’s start with the game of the weekend at Tallaght Stadium where 100% records face off in an early clash of the top two from last season.

Despite my opening statement in regards to squad depth and how Stephen Bradley could rotate six players ahead of Monday’s trip to Waterford and still see his team cruise to a 2-0 win there’s no doubting the loss of Irish international Graham Burke for the next three weeks or so is an absolute hammer blow for the Hoops.

Netting five times in the 6-0 demolition job carried out against Cork City last Friday, Burke is a lethal finisher who can dictate the play in the final third and produce a moment of magic out of nothing, he is simply irreplaceable.

Even though Dundalk arrive to Tallaght with three wins from three their performances haven’t exactly blown anyone away but there are signs Dundalk aren’t far away from giving someone a good hammering.

20 shots on goal against Cork last time and a goal of the season contender from Jordan Flores who is finally starting to get a run of games under his belt after niggling injuries since his arrival from England tend to suggest things are coming together nicely for Vinny Perth.

These early season encounters between Rovers and Dundalk can often be drab affairs with scoreless draws played out early in the season at Tallaght the last two campaigns running.

In truth, both sides would probably take that again this time around and go on their merry way but given Shamrock Rovers failed to take advantage against a below par Dundalk team this time last year does perhaps suggest they need to send out a message to the champions this time around.

We could see exciting debuts on both sides with Serbian midfielder Stefan Colovic set to arrive in Ireland this week with red-tape holding up his introduction at Oriel Park while Rory Gaffney has returned to Irish football with Shamrock Rovers after a tough year with Salford and on loan at Walsall.

Everything is pointing to both teams cancelling each other out once again.

Chris Forrester was on the scoresheet versus Sligo.

A first Dublin derby for Shelbourne since their return to the Premier Division as Stephen O’Donnell’s St.Pat’s roll into Tolka Park on Friday night.

Shelbourne had an unexpected rest day after their trip to Donegal was postponed on Monday while St.Pat’s were unable to host Derry City due to a waterlogged pitch meaning both sides should arrive here fresh.

St.Pat’s got off the mark at the second time of asking this season with a win away to a struggling Sligo Rovers last time while Shelbourne ended the game strongly against Dundalk but two poorly defended set-pieces were the difference as the Lilywhites ran out 2-1 winners.

Chris Forrester was excluded from Stephen O’Donnell’s opening starting XI of the campaign but returned to the scoresheet during the win in Sligo and if the former Dundalk skipper can get anything like the best out of Forrester in the coming weeks it will be like a new signing for St.Pat’s.

In truth, Pat’s will need Forrester to chip in as the Saints do look light in the goal scoring department whereas Shelbourne have a striker who’s been around the block and knows where the net is in Ciaran Kilduff.

Pat’s were physically bullied by Waterford on the opening night and with the likes of Gary Deegan in midfield for Shels I’d have a concern that may happen again at what is going to be a very intimidating venue for this fairly young St.Pat’s side.

A draw is likely but I’m going to slightly side with Shels given their home advantage. 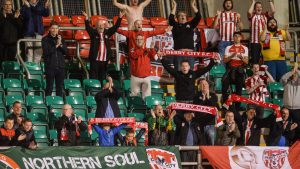 Despite showing plenty of promise in their opening two games, Derry City are playing catch-up having only claimed one point so far. Friday’s 1-1 draw at home to Finn Harps will have been viewed as a disappointment while Bohemians have bounced back brilliantly from their bitterly unlucky Dublin derby defeat by stringing back to back wins together.

A number of new signings in both camps have caught the eye early doors with Kris Twardek getting off the back for Bohs against his former club Sligo while Tim Nielsen looks a ready made goal scorer for City and the sooner he can break his LOI duck the better.

Walter Figueira has also stood out for Derry following his move from Waterford and showed some brilliant feet to set up the late equaliser against Finn Harps last time.

Adam Liddle was the Derry City saviour as they got a 1-1 draw against Finn Harps @SoccRepublic #RTEsoccer pic.twitter.com/Z7BpjAxKkv

I’m finding this another difficult one to call but Bohemians did claim a win and a draw in two league trips to Derry last season and with the Gypsies finding their grove in recent games they will offer Declan Devine’s side a real challenge and as a result I’m calling this one a draw. 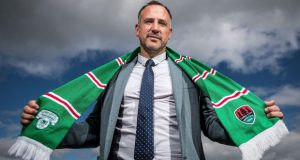 What a fall from grace it’s been for Cork City. Champions just three years ago and now we’ve learned the Rebel Army were potentially just hours away from going out of business before the start of the season only for the clubs decision makers to strike a deal with Preston regarding sell on clauses struck when Alan Browne and Seani Maguire moved to Deepdale.

And when you look at the Cork City squad list it doesn’t take an Irish football expert to realise Neale Fenn is working of a greatly reduced budget and has been forced to look to some unusual sources for players with new arrivals coming in from the First Division, non-leagues in England and a few loanees from the UK thrown into the mix.

All in all, one could argue a deadly storm is brewing at Turners Cross and conceding 10 goals in just three league matches has only added to the panic on Leeside.

As for Finn Harps, Ollie Horgan’s men are always favorites for the drop but look set to prove the doubters wrong yet again this season with two real workman like performances against Sligo Rovers and Derry City yielding a return of four points so far. Remember, it took the Donegal men over 10 league games last season to get up and running so such a quick fire start from Harps has been very well received by the clubs loyal supporters.

The manner in which Harps players pressed the ball and forced Derry City into mistakes on Friday was incredibly impressive and given their game against St.Pat’s was called off on Monday it means Horgan has had time to re-energise his part time players ahead of a draining trek to County Cork.

Cork City have yet to score this season and their players should know exactly what they are going to get against Finn Harps and that’s relentless pressure off the ball and a direct approach when in attack. Cork City’s confidence has taken a battering after shipping six in Tallaght and they could have shipped as many against Dundalk on Monday with the Lilywhites registering 20 shots on goal in a 3-0 success.

For me, Harps are probably the worst opponent Cork could face right now from outside of the top two and I fully expect Harps to leave the Cross with more points as long as they can replicate their performance against Derry last time out. 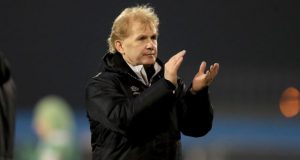 Liam Buckley could face an uphill task at Sligo this year.

Sligo Rovers start to the season is very similar to that of Cork’s with The Bit O’Red losing the spine of their side from last season and failing to replace them with the adequate quality required to compete at this level.

Rovers has also failed to score in three games so far and in truth haven’t looked close to doing so registering just two shots on goal (1 on target) in the 2-0 home defeat against St.Pat’s. There were some small signs of encouragement in the final quarter of the defeat to Bohemians with Buckley’s boys managing six shots on the Gtpsies goal but it was too little to late as the hosts ran out 2-0 winners.

New Zeland international Ryan De Vries. has been sent for by Liam Buckley with the striker arriving from Japan to try and change Sligo’s fortunes in front of goal but you only have to look at some recent examples of the Westerners bringing in overseas talent who barely kicked a ball at the Showgrounds, despite what many people may think of the league and it’s standard it’s far from an easy league to bed into.

Waterford got off to a flyer with their win over St.Pat’s but have faltered against Bohemians and Shamrock Rovers since and Alan Reynolds is unlikely to admit it but he’d probably love a bit more firepower among his ranks too.

On paper this is a wonderful opportunity for Sligo to turn things around and get that maiden win but there was nothing between the teams last year with only a point putting the Blues ahead of Sligo in the final standings (6th/7th) with Sligo’s home form and Waterford’s away from equally as poor.

Sligo Rovers really need to be winning this one if they want to show their fans they can survive this season but I’d not put any money behind them with any great confidence……I’m becoming a bit of a draw merchant this season but that’s my call once again here. 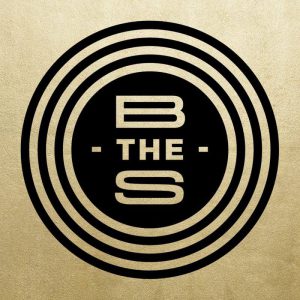 Follow @BetweenStripes on Twitter or on Facebook.com/BetweenTheStripes while all the latest podcasts can be found on BetweenTheStripes.ie – Proudly sponsored by BarOneRacing.com

Ahead of this weekends League of Ireland action be sure to tune in to S4EP4 of Between the Stripes LOI podcast which is proudly sponsored by BarOneRacing.com – The hit weekly LOI podcast featured interviews with Bohemians midfielder & Canadian international Kris Twardek and Bray striker Gary Shaw on this weeks show. There’s also a weekly charity bet segment sponsored by BarOneRacing.com with all proceeds going to local charities.