UCD looked on course for an opening day win away to Wexford on Friday thanks to Colm Whelan’s strike but Conor English’s stunning 89th minute goal ensured the hosts claimed a share of the spoils at Ferrycarrig Park.

The following night Cobh Ramblers got their campaign up and running but sadly for the Rams it would be a losing start with Drogheda United running out comfortable 2-0 winners with Ramblers finishing the game with 10 men after Lee Devitt Molloy was dismissed by referee Oliver Moran on 77 minutes.

In truth, this game will give us a much truer indication of where the Cork side are this season as Drogheda United are this seasons title favorites while UCD are one of the more youthful sides in the division.

As stated in last weeks opening First Division preview, it really will take a few weeks to suss out just exactly how strong this UCD side are as they have been almost totally rebuilt from recent seasons whereas Cobh are much the same as last term bar a couple of players here and there.

The lack of a clinical striker has troubled Cobh for a number of seasons whereas UCD have a potential gem on their hands in Colm Whelan who is up and running now for 2020 so for me it would be no great surprise to see UCD leave St.Colman’s with the three points but this looks a very tight and scrappy affair so I’m inclined to lean towards a draw. 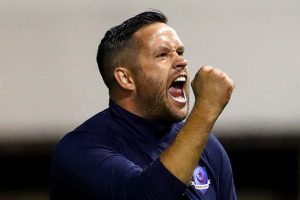 Tim Clancy has done a remarkable job at United Park in recent seasons.

The game of the weekend in the First Division as the joint favorites for the title face-off in an early season showdown in County Louth. The Drogs got off to a flyer with a 2-0 win at a tricky venue in Cobh last weekend while in the Midlands Longford Town also cruised to a comfortable 2-0 win against Shamrock Rovers II.

However, the win came at a cost and a very expensive one at that as Longford’s star attacker Dean Byrne suffered a season ending injury (broken ankle) and he really is the type of player you’d describe as irreplaceable given his unique talents on the ball.

As comfortable as Saturday evenings win was for De Town they certainly didn’t impress and many supporters do feel the Longford back four looks a lot weaker than last term which could be a major problem against a Drogheda side who out scored everyone in the division last term with 59 goals in 27 matches.

Top marksman Chris Lyon’s got his campaign up and running with the opener in Cobh and will test the Longford centre halfs to the max on Friday night.

Longford fans can take heart in the fact they beat Drogheda in all 3 league meetings in 2019 but it was Tim Clancy’s side who advanced to the play-off final while Longford went out at home on penalties to Cabinteely who they failed to beat last season. 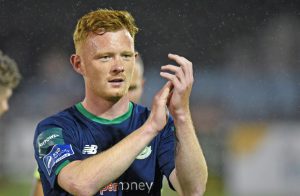 We’ve been down this road before, making excuses for Bray Wanderers and expecting them to improve any minute now and again that is the case after a shock opening day defeat away to Cabinteely.

Here’s that excuse, the weather conditions were absolutely horrendous and credit to Cabinteely who took advantage of the mini hurricane blowing behind them by notching four early goals against the star studded Seagulls.

Bray used the conditions to their advantage in the second forty-five to pull the scoreline back to 4-2 meaning anything other than three points in their first home game of 2020 would be classed as unacceptable.

Wexford FC showed brilliant fighting spirit to carve out a point at home to UCD last week but when you look at the players Bray have been able to bring in compared to the market Wexford are forced to shop in due to financial constraints then this should be a simple equation……but we said that last week.

None the less, we are taking the risk of setting ourselves up for a fall with Wanderers once again and tipping them for a home win. 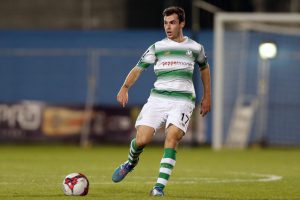 Joel Coustrain was a shock addition by Athlone Town in the transfer window.

Our first opportunity to examine Athlone Town’s credentials this season after the Midlanders trip to Galway was postponed due to a waterlogged pitch last Friday. In truth, things have probably worked out slightly better for Adrian Carberry’s men as many expected Galway to rout Athlone last week while Cabinteely have had to play a competitive game in very testing conditions last week.

Cabinteely will certainly travel to the Midlands full of confidence having notched more goals than anyone else in the division last week with reliable sorts from last seasons historic campaign notching in the win (Marty Waters, Vilius Labutis & Keith Dalton x2).

Such a performance demonstrates that perhaps we’ve underestimated Cabinteely once again this year and that the underdog status will help drive Pat Devlin’s men on to plenty of upsets again this season.

As for Athlone, they’ll be delighted with any sort of result against a team that reached the play-offs last season but with such a lack of LOI experience among their ranks it’s hard to see how the Dublin club don’t leave with all three points here. 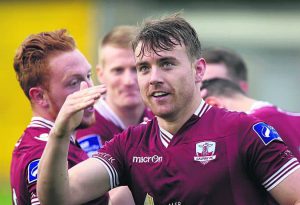 Vinny Faherty has re-signed for Galway.

Galway United boss Alan Murphy will have been extremely frustrated to see an opportunity to get off to a winning start in front of the home faithful fall by the wayside last weekend and his players will have to remain focused here if they are to avoid a potential banana skin in Shamrock Rovers II.

The Hoops reserves showed enough in defeat last Saturday to suggest they will take points off sides in this division and already look a more promising outfit than the previous Rovers B team that played in the First Division in 2014.

Sinclair Armstrong missed an absolute sitter in the second half at Bishopsgate last weekend as his header from inside the six-yard box thundered back off the crossbar while Longford goalkeeper Lee Steacy had a few awkward efforts to palm away.

Longford dominated the ball and will have been disappointed not to create more clear cut chances despite the dreadful playing conditions and possession will be the name of the game for Galway at the Tallaght Stadium on Saturday afternoon.

Players such as Shane Duggan, Dean O’Halloran and Mikey Place should enjoy the surroundings on Saturday and I’d expect Galway to have too much for this development side but don’t be surprised if Aidan Price’s boys make things awkward for Galway at times.