Ballymore have sponsored this race since 2018 after an eight-year hiatus. The race itself was founded in 1971 and it is registered as the Baring Bingham Novices’ Hurdle, in honour of Baring Bingham who purchased Prestbury Park in 1898 and helped organise the first Cheltenham Festival back in 1902.

In terms of the winners of this race, Willie Mullins has a very good record in it as he has won it four times – Fiveforthree (2008), Mikael D’Haguenet (2009), Faugheen (2014) and Yorkhill (2016). Willie has plenty of ammunition again this year and he shouldn’t be overlooked.

Some of the main trends and stats for the race are as follows:

Bar One Racing’s ‘Ballymore’ market can be found here

Willie Mullins has a great record in this race and The Big Getaway is a prime contender based on the form that he has shown so far this season.

He really impressed me in a maiden hurdle at Naas last time out and Willie Mullins is not afraid of taking on Envoi Allen should he show up here. The form of the Naas race has worked out really well with the second-placed Foxy Jacks and the sixth-placed Granny Knot both having come out and won nicely since.

The Big Getaway has a line of form in a bumper behind Fiddlerontheroof back at Navan in March 2019. This horse is the type to improve as he grows and could improve off the back of the seventeen-length win last time out and could go very close here.

Trainer Willie Mullins ha a fine record in the ‘Ballymore’

Whether this horse will actually line up in this race is the main question but he looks value at a double-figure price (Bar One Racing are Non Runner/No Bet in their Cheltenham ante-post markets).

He ran a very respectable race when second last time out at Leopardstown behind the Paul Nolan- trained Latest Exhibition. His form prior to that was strong enough when second to Andy Dufresne in a Navan maiden hurdle, where he was well beaten by the winner. He was five-and-a-half lengths clear of the third and he improved off the back of that when he was successful to break his maiden when he won at Navan with my previous selection (see above), The Big Getaway, back in fourth. He stayed on well that day and this trip should be right up his street. If he ends up in this race he looks a very decent betting proposition and could be decent each-way value.

He will make a lovely chaser next season but is one to pay close attention to for the rest of this season. 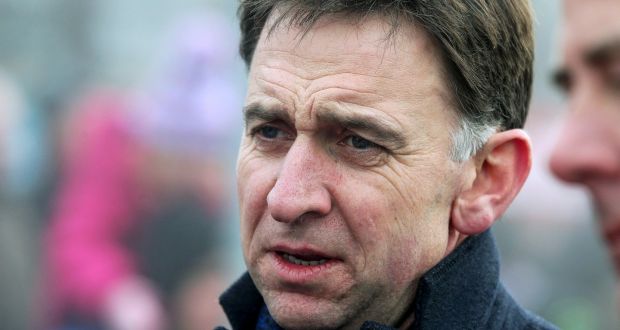