A very competitive handicap to start the night and DANZ GIFT (18/1) is a horse I have been watching in recent weeks and he could get his head back in front very soon. He is reunited here with Robbie Colgan and the normal, patient tactics could see him go very close here off a reduced handicap mark. He runs here off a mark of 63 which is 2lb higher than his last winning mark. He finished second off a mark of 70 after that, where the jockey reported that he reared and got upset in the stalls. Even though he is a nine year old, I still think he can go well in this grade. One of his most recent runs, where he finished 10th of 14, was the most eye catching for me. He was given plenty to do and was switched right and then left and was also short of room inside the final furlong. He was weakening at the time but was only beaten just over three lengths by a solid yardstick in Arcanears.

He will be a very big price here but I would suggest a small each way play if he gets a strong pace to aim at. 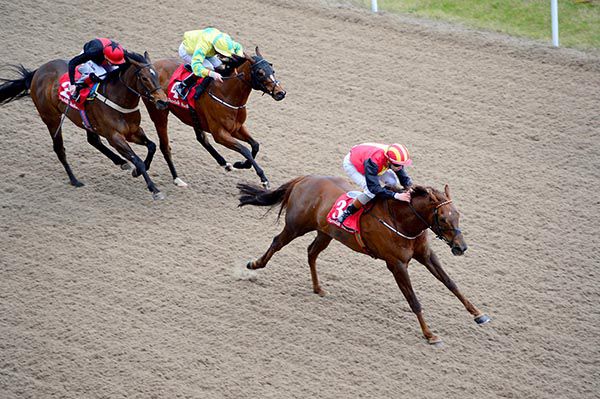 Will Danz be the man again at Dundalk?

Robbie Colgan could be in line for a quick double aboard the Pat Martin-trained DOUBLE TALKIN JIVE (25/1) who ran a very good race when fourth behind Bashful Boy last time out. He was very keen that day and, if he can settle, he should be able to finish his race out better. The form of that race was franked nicely by Guinevere, who went on to win nicely last Friday night. Double Talkin Jive was successful in a bumper before switching codes. His trainer will be looking to break his maiden on the level and this looks like his time.

This looks a weaker race than the one he contested last time out and he will be very hard to keep out of the frame.

This race looked to be a cracker with some notable Willie Mullins horses entered but it has not materialised and it looks a trappy contest to say the least. IRRADIATE (2/1) shocked many by getting up late to beat stablemate Grandmaster Flash last time out and she looks like she could well follow up here. Grandmaster Flash did plenty for the form when just beaten behind Pianissimo at Chelmsford, which was a very good run. The fourth that day was The Mouse Doctor and followers of my preview will be aware he was successful the week before Christmas and then was fourth in a very good hurdle race at Leopardstown over Christmas.

Irradiate has gone up 8lb for her win and with the way the form has worked out that looks lenient. She should go very close here. 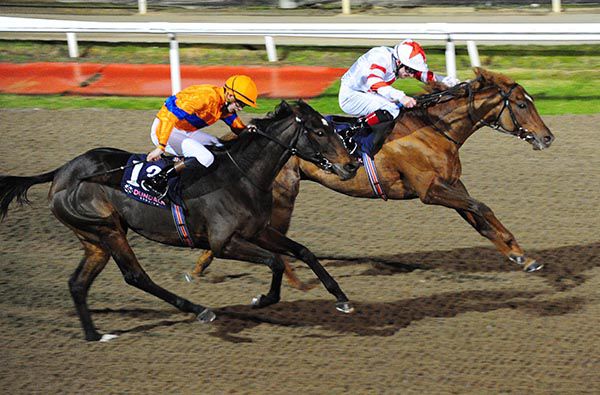 ALGERIA (7/2), who ran for Joseph O’Brien on his debut, has since switched stables and is now in the care of Michael O Callaghan. He was very eye-catching under Trevor Whelan last time out where he did all his work in the closing stages. He stayed on very strongly and, if his new stable can get him to improve off the back of that run, then he will be very hard to beat. The horse that finished ninth that day, Gold Brocade, has since changed stables and won at Lingfield so the form has a little substance to it.

Algeria is a horse that his new trainer could have plenty of fun with over the coming months and is one for many a notebook. My Nap of the night.

This is a very strong race for the grade and NO NEEDS NEVER (10/11) brings some very strong form to the table here. He was very impressive over seven furlongs in the Star Appeal Listed Stakes when he defeated Old Glory by a going-away length and three quarters. He then went to Leopardstown and was fifth in a very strong renewal of the Killavulan Stakes (Group 3) where the jockey reported that his mount never picked up when asked in the straight. He improved on that form when a very close second at Naas in the Gladness Stakes behind the Dermot Weld-trained Imaging with the globetrotter Le Brivido back in third.

This race looks the ideal starting point for the season and he should be very hard to beat here. He is likely to be short in the betting when on official ratings he has five pound in hand over his nearest rival Bowerman. He should be too classy for these. David Marnane has his team in flying form and he has a good chance of another winner here with JM BARRIE (11/2) who travels well in his races and is likely to get his head in front sooner rather than later. He was a very promising fourth behind Distant Vista last time out and both Varna Gold and Eglish, who finished ahead of him that day, reoppose. JM Barrie has every chance to overturn the form as the pace will be a little stronger here so he should travel better into the race and thus finish his race out better.

This will be his third run after a gelding operation and hopefully his mind will be on the job here. 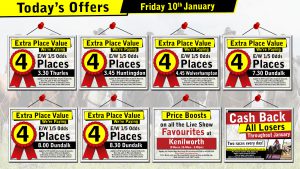 MAJOR POWER (33/10) looks to have a good chance here of following up his victory here on the 6th December. He is drawn well here and Comhghairdeas is likely to make the pace and he will be able to slot in behind and get a nice position. He went on to finish third off his revised mark and was subsequently dropped a pound. This race looks like it will be set up nicely for a closer from off the pace.

Major Power looks to have a little more improvement to come and will be very hard to keep put of the frame here.

Followers of my previews will be aware that I look into a line of form that contains the horse Eacharn and winners have come out of that race. CAPPADOCIA (8/1) was a market drifter the last day he ran and I was very surprised by that and he ran well to finish fourth. He is drawn sixteen here and that could be the biggest negative but he should be able to slot in and come from off the pace. He kept on into a never-threatening fourth and should be able to improve off that here.

The handicapper is giving him a good chance as he has left him on the same mark of 61 for his last three runs so he looks solid each-way value in a competitive race.