Traditionally a fixture Chelsea have dominated (28 wins to Tottenham’s 7), the Spurs revival under Mauricio Pochettino in recent years has seen the Blues stranglehold on this London rivalry broken with the Lilywhites coming out on top in 3 of the last 5 Premier League meetings (no draws), and now Jose Mourinho is at the helm as a stuttering Chelsea led by Mourinho’s former captain Frank Lampard visit the new White Hart Lane on Sunday (KO 4:30 live on Sky Sports)

Sentiment aside, this is a massive game for both sides with Lampard’s young guns just 3 points clear of last years Champions League finalists, who have found a fresh kick of energy following the ex-Chelsea bosses arrival and that added confidence and energy should be on show in abundance after Tottenham scored a vital late winner at Wolves on Saturday. 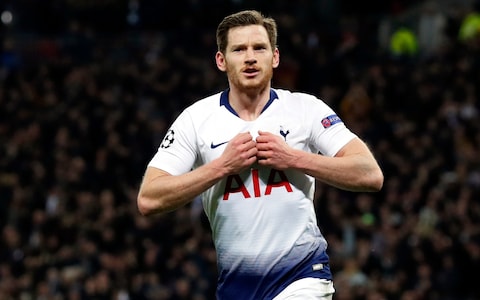 Belgian defender Jan Vertonghen scored a fantastic headed goal late on to gran Spurs all 3 points away to a very good Wolves side.

Jan Vertonghen’s late header made it 4 wins from 5 domestically since the new bosses arrival with Tottenham failing to win any of their last 5 domestic games under Pochettino, a remarkable turnaround.

There’s been a dramatic turnaround at Stamford Bridge of late too but it hasn’t been a positive one with Lampard’s young lions showing major signs of fatigue by losing 4 of their last 5 domestic fixtures.

It hasn’t been all doom and gloom in that time period as the South Londoners did progress to the knockout stages of the Champions League with a nervy 2-1 win at home to Lille. However, without a clean sheet in 8 matches it’s difficult to see how the Blues can approach this Capital clash with any real confidence.

Granted, Spurs have also struggled for defensive shut outs with just 1 clean sheet in the same time but there appears to be a flow and confidence about Jose’s Tottenham with the likes of Dele Alli, Son & Lucas Moura playing out of their skin since the Portuguese manager’s arrival. And even though I’d argue top marksman Harry Kane has been quiet in a lot of Tottenham’s recent games the England captain has still managed to find the net 5 times in Mourinho’s 7 matches in charge (Kane didn’t feature in Munich). 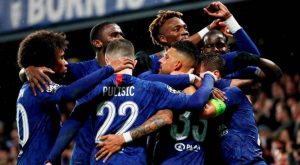 Tammy Abraham has a super goals record for the Blues this season.

In form English front men are another interesting sub-plot to Sunday’s brilliant match up with Kane looking to out gun the up and coming Tammy Abraham, who failed to become the first English player to score in 3 consecutive games at Stamford Bridge since Lampard did it back in 2010 as the Blues once again slipped up against a tricky Bournemouth side at the weekend.

None the less, 11 goals in 16 EPL matches is a wonderful return for 22-year-old Abraham who many were questioning after a difficult start to life as Lampard’s senior striker this term. Abraham’s total is 2 higher than what Kane has managed this term meaning whichever of the two is sharper in front of goal on Sunday will play a major role in the outcome of the result.

Despite all of Spurs earlier woes this season, the North London club have still only lost once at home this season, collecting 17 points from a possible 24 (5w, 2d, 1l) to find themselves 3rd in the leagues home form table.

As for Chelsea, the Blues have already lost 3 times on the road this campaign and looking fragile and vulnerable in recent weeks the price of 7/5 about Tottenham looks absolutely cracking value in what should prove to be a Christmas cracker at the Lane.

Son anytime scorer & Tottenham win (upon request) – Heung-min Son is just 3 EPL goals shy of the 50 mark for Spurs and has found the net twice in 8 previous appearances against Chelsea. With the South Korean star terrorising opposition defences of late you might find some value here.