A superb Sunday card worth over €187,000 takes place at Navan on Sunday with the Grade 2 Navan novice hurdle at 12:00 the feature event as Gordon Elliott’s Andy Dufresne puts his unbeaten record on the line.  There’s also a Grade B handicap hurdle at 12:30 while the bumper is a listed event.

The going for Sunday’s racing at Navan is soft on the hurdles course and soft to heavy on the chase course.

A field lacking in experience, Willie Mullins Blackbow looks extremely difficult to oppose here having scored in a Grade 2 bumper (soft) at Leopardstown in Febuary of last year before finishing a very respectable 5th of 23 and only just over 5 lengths behind the winner (Relegate) in the Champion bumper at Cheltenham.

Following that effort up with a silver medal (beaten a length & a quarter) in the Grade 1 Conyngham Cup at Punchestown the gelding then endured a long spell on the sidelines but showed no signs of losing any of his ability when returning to finish a narrowly beaten runner up on hurdles debut in a maiden at Naas last month.

Just the 4 runners in Sunday’s feature race but all eyes will be on Gordon Elliott’s Jp McManus charge Andy Dufresne, who is unbeaten in 2 starts under rules and also scored on his sole Irish point start before being purchased for £330,000. A first foray into Graded company here, the gelding puts his unbeaten record on the line against some classy opponents in this 2m4f contest.

The Paul Nolan trained Latest Exhibition was just 3 lengths behind Abacadabras at this venue in a Grade 3 novice last month with that rival since running a cracker behind Envoi Allen in the BarOneRacing.com Royal Bond novice hurdle at Fairyhouse a fortnight ago.

Then there’s a couple of Gigginstown charges for Andy Dufresne to overcome in Noel Meade’s Sixshooter and Gordon Elliott’s Conflated with the latter of the two grabbing his first win over hurdles at the third attempt when landing a maiden contest at Fairyhouse last month. This race represents a huge step up in quality for the former Clonmel bumper winner and as a result Elliott’s charge is expected to be priced up as the outsider of the 4 runners.

As for Sixshooter, the junior of the field (only 4-year-old involved) started his career with a hat-trick of bumper wins before attempting to make all on hurdles debut in novice company at Gowran Park where some less than fluent jumping saw Sean Flanagan’s mount fade into an easily beaten 3rd of 7 and as a result Sixshooter looks to have something to find on the market principals here.

As for my selection, one can’t but have been impressed by Latest Exhibition’s effort in a Grade 3 here last time with that form receiving a huge shot in the arm after Abacadabras effort behind the undefeated Envoi Allen but Andy Dufresne has won by over 10 lengths on both his starts under rules and has done very little wrong in those 2 starts while Latest Exhibition did make some minor errors last time out meaning Paul Nolan has work to do ahead of this Grade 2.

While I’ve a feeling this could be a lot closer than many punters expect, my selection still goes the way of the unbeaten Andy Dufresne.

Local handler Gordon Elliott will be looking for a quick fire double here with the master-trainer saddling up 4 of the 16 runners in this Grade B hurdle contest, which carries a winning pot of €29,500.

Elliott’s Cracking Smart has been operating over fences of late without any great success it must be said (pulled up at Fairyhouse latest) and returns to hurdles for the first time since being well beaten in the Grade 1 Champion Stayers at Punchestown in May. Despite being 2lbs lower now than when finishing 3rd and 6 & a-half lengths behind Tiger roll in a Grade 2 at this track over 2m5f in February, he looks like having quite a bit to find to be a genuine contender on Sunday.

Mengli Khan has failed to kick on over fences since finishing just 3 lengths behind Amy Murphy’s Kalashnikov in a Grade 1 novices chase in April but is a Grade 1 novice winning hurdler but again will need to show some improvement to be in the mix here.

Willie Mullins Sayo is another who has had mixed fortunes over fences of late but holds the pick of the form over hurdles having finished 3rd in the Grade 1 Triumph Hurdle at the Cheltenham festival last year and is still rather unexposed in this sphere, making just a 5th start over the timber on Sunday.

Joseph O’Brien’s Top Moon is handed a 7lb rise for winning over this trip (soft) in a handicap hurdle at Cork last month but may be open to further improvement having gone close in a similar race to this at Listowel (2m & yielding) in September.

Barwell could be an unlikely contender on yard debut for Meath trainer Keith Henry Clarke with the 5-year-old a very useful flat performer who scored on hurdles debut over this trip in a maiden at Wexford in October, the lack of a recent run out isn’t helpful.

A tough one to call, so the vote goes the way of Joseph O’Brien’s recent Cork scorer Top Moon in the form of an EW shout, a second selection of the day for classy jockey Mark Walsh. 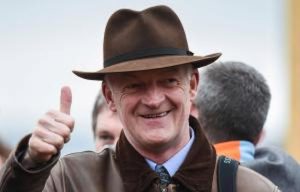 Willie Mullins has an interesting French recruit at Navan on Sunday

There’s some nice sorts involved in the middle race on Sunday’s 8 race card with 14 runners set to go to post in the hope of breaking their respective maidens over hurdles.

Willie Mullins Et Dite is a fascinating contender having won a Grade 3 bumper in France (dual bumper winner in France) but will need to come on from last month’s yard & hurdles debut at Naas when beaten 21 lengths back in 4th after some late jumping errors. Representing just a second start for Willie Mullins, don’t write this mare off.

Cork trainer James Motherway holds claims with Dinny Lacey, a Punchestown bumper winner (good) who put in a very pleasing hurdles debut over C&D last month, finishing 3rd (soft) in a race won by the useful Gordon Elliott trained Thatsy.  28/1 that day, don’t expect the son of Presenting to be available at anything like that on Sunday.

Finally, Run Wild Fred is also a bumper winner who also ran just over a length behind a very impressive winner at Sandown last weekend in Fiddlerontheroof in that sphere and also finished 3rd on hurdles debut at Gowran Park but was one paced after a mistake 3 out and was beaten by almost 20 lengths in the end.

As a result, the vote goes the way of Dinny Lacey who will have in form jockey Robbie “Pup” Power in the saddle.

Unsurprisingly, it could be a fruitful day at Navan on Sunday for Gordon Elliott with his Gigginstown charge Diamond Turf looking the one to beat in this novice chase. Going down by just a length after a slightly unfluent jump at the last over 2m5f in the mud at Fairyhouse last month, taking a slight step back in trip today could be the key to breaking the gelding’s maiden over fences at just the second attempt. A winner of a bumper here last year, that win also came on heavy going with just slightly quicker conditions expected tomorrow (soft/heavy).

If you wish to oppose the forecasted fav then Ross O’Sullivan’s An Fraoch Mor may be the way to go with Robbie Power riding the Wexford hurdles winner who was a runner up on chase debut (2m soft/heavy) at Fairyhouse latest. Never threatening the 4 length winner that day, An Fraoch Mor may just find Gordon Elliott’s charge too good.

Only for the slow ground at Navan tomorrow I would most certainly be tipping Karl Thornton’s Shanroe Al C with the 6-year-old completing a four-timer at Tipperary in October. However, all of the geldings best form has come on firmer ground and risen 16lbs for that latest win I simply can’t get behind him on this occasion (one to note for another day though).

Rob Tyner’s Fairly Legal has gone close in its last two starts over fences and looks well placed to go close again here under Mark Walsh while the main threat may come from Philip Rothwell’s Enduring Love, who scored over fences in the mud at Fairyhouse last month before back to back thirds at Fairyhouse again and then Thurles last time. Well beaten last time he is down 1lb here but may find one too good in Fairly Legal. 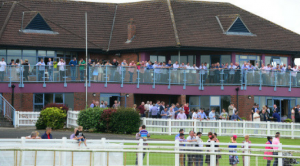 For me, this race is all about trying to separate a couple of Gordon Elliott runners in Graineyhill and Minella Till Dawn (he also saddles up Gun Digger).

Graineyhill looked a certain winner over fences at Gowran Park in October only to fall at the last with Wonderoftheworld taking advantage and that rival re-opposes here and performed with credit in the Cork Grand National since but being 7lbs higher than that Gowran success and also coming in off the back of that grueling test in Munster, I’ve a feeling Graineyhill may gain revenge in Meath on Sunday.

As for Minella Till Dawn, the JP McManus 7-year-old will have thrilled connections with a very strong reappearance when 3rd of 11 in a Punchestown chase last month after 21 months off the track. First time cheekpieces are applied by Elliott here and if coming on from last month’s spin then he stands every chance here.

However, the vote goes the way of Graineyhill, who looks nicely weighted and bar that fall at Gowran has been fairly consistent since September.

7 runners in this listed bumper but just 4 clear contenders in my book with Uhtred, Pencilfulloflead, Dewcup and Fantasio D’alene set to battle it out for a winner’s pot of over €16,000.

Uhtred and Fantasio D’alene represent Gigginstown with the former of the pair trained by Joseph O’Brien while the latter will be saddled up by Gordon Elliott, who also sends Pencilfulloflead into battle.

Uhtred has made rapid progress for O’Brien, winning a valuable sales bumper on debut at Fairyhouse before going extremely close next time out on hurdles debut at Cork, a clear sign of this Fame and Glory geldings ability.

Pencilfulloflead was ridden to a debut bumper victory by Jamie Codd at Down Royal (soft) last month and he sits back up on the 5-year-old here but the form of that race hasn’t received any sort of boost since compared to the market leader (Uhtred) who has seen the runner-up in his debut win go on to score in two more bumpers since.

Ted Walsh saddles up Dewcup who was 4th of 12 runners in a Grade 2 bumper at Aintree in April (Ruby Walsh rode) and has two bumper wins to his name, including last time at Punchestown (soft) when he finished 4 lengths clear of Fantasio D’alene.

However, while that Grade 2 effort is most certainly the pick of the bumper form in the field, Dewcup was 4 & a-half lengths behind Uhtred at Fairyhouse in April and after O’Brien’s charge went so close over hurdles since then it really is difficult to oppose the favorite here.