Christmas is fast approaching, the final round of matches in Europe for 2019 have been played (with great success for the English clubs) and the next few weeks will separate the contenders from the pretenders.

On Saturday, six Premier League matches are up for decision (12:30pm, 4 x 3:00pm & 5:30 KO’s) as one of our football writer Kieran Burke looks ahead to another big weekend in the top flight.

Tuesday’s 2-0 win away from home against Red Bull Salzburg improved Liverpool’s unbeaten streak to 18 games in all competitions as goals from Naby Keita and Mo Salah capped off what was a strong second-half display from the Reds against an opponent who, up until Tuesday night, had scored in each of their five group games and every game they had played in this season.

Even though the hosts most definitely had chances in the opening 45 minutes, Jurgen Klopp’s men deserve credit for creating 22 shots on goal and dominating the ball away from home against a very good rival.

As a result, the table-toppers arrive into this weekend’s home fixture against the league’s bottom club in fine fettle and should add to what is an already fine head-to-head record against the Hornets. Nine wins from 12 EPL meetings for the Merseyside men against Watford and a couple of 5-0 wins in the last 3 meetings (the other ending 0-3 which means Watford have failed to score in their last 3 games v Liverpool) is a record that will strike fear into the Londoners even with the arrival of new boss Nigel Pearson, who is very much an “up and at ’em” type manager.

While the former Leicester boss may hold exactly the sort of attitude Watford need to get out of the mess they currently find themselves in (six points from safety and with just one win all season), Saturday is unlikely to be Watford’s day.

Jonjo Shelvey is in great form under Steve Bruce.

Attendances aside, all is rosey in the garden once again at Newcastle, with Steve Bruce delivering two league wins in a row while the Magpies are unbeaten in three to find themselves just two points behind 5th-placed Manchester United.  However, it’s never plain sailing at St.James Park and the news earlier this week that flying wide-man Allan Saint-Maximin will miss the festive peroid through injury is sure to have come as a major blow to Bruce and followers of the famous “Toon”.

Sean Dyche would give anything for Steve Bruce’s problems at present with the Clarets shipping 11 goals in their last three games, all defeats, with just three points separating Burnley and the bottom-three sides in the table.

Ashley Barnes missed Burnley’s 5-0 hammering at White Hart Lane and it’s crucial Dyche gets his key marksman back fit and firing ASAP if Burnley are to buck their recent form trend; the question is: how fit Barnes is for Saturday?

Burnley’s recent form has coincided with a real injury crisis at Turf Moore with the likes of Barnes, Ashley Westwood, Phil Bardsley and Kevin Long all on the sidelines of late.

With doubts over the starting XIs on both sides, it may pay to back a first-time occurrence involving these sides this season: a home draw for Burnley and an away draw for Newcastle. 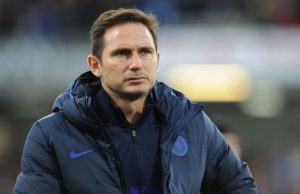 Well, it was nervy but Frank Lampard and co got the job done midweek as Chelsea clung on to claim a 2-1 win over Lille at the Bridge, and with it qualification for the knockout stages of Europe’s elite competition. To see last season’s semi-finalists Ajax fail to make it out of the Blues’ group goes to show what a good job Lampard has done with this youthful Chelsea side to date and he will be keen to ensure more ground isn’t lost in an increasingly-interesting battle for a top-4 finish this term.

Suffering three defeats in their last four EPL matches, Chelsea have opened the door for improving sorts Manchester United and Tottenham in the race for Champions League qualification. Meanwhile, Bournemouth have lost their last five games and are just a single point clear of the relegation zone.

Eddie Howe’s men have sprung a couple of shocks against the Blues in recent years, hammering Maurizio Sarri’s men 4-0 at the Vitality last season while they put three past the Londoners in a whitewash at the Bridge in 2017.

Overall, however, this is a fixture Chelsea have dominated with none of the 15 meetings between the sides ending in a draw (all comps), with the Blues winning 11.

It’s goals, or the lack of them, that have dragged the Cherries down this season with Eddie Howe’s men finding the net just 18 times in 16 EPL games and they failed to score against a Crystal Palace side who had 10 men for over an hour last time out (lost 1-0). Chelsea have bagged almost double that tally (31) and, in Tammy Abraham, they have a striker in red-hot form with the former Aston Villa loanee looking to become the first Englishman to score in three consecutive Premier League matches at Stamford Bridge for Chelsea since Frank Lampard in August 2010.

If the hosts aren’t showing too many signs of a European hangover (and they shouldn’t as they played on Tuesday and it was a home game) then Lampard’s boys should return to winning ways here.

BEST BET: Chelsea to win & Abraham to score (upon request)

What a season it has been for Leicester and Brendan Rodgers, who has signed a new five-and-a-half-year contract at the King Power in a partnership that could prove very profitable in the coming seasons. Leicester fans will be hoping to see immediate returns, however, even if very few give the Foxes a hope in any potential title-race with a relentless Liverpool side.

The goal now must be for Leicester to keep the race alive until that mouthwatering showdown with Liverpool on Boxing Day and that mission starts with a home tie against 19th-placed Norwich City.

With just one win in their last five and up against a Leicester team who have been faultless in that time, it’s hard to make an argument for the Canaries who have been on the losing end in three of their last four head-to-heads with the Foxes.

Unbeaten at home this season (7 wins & 1 draw), this is one of the easier selections of the weekend and Leicester’s 2/9 price reflects that.

BEST BET: Leicester to win and Vardy to score (upon request) (Vardy has scored in eight-consecutive EPL games). Two newly-promoted sides who have performed with real credit since stepping back up into the big league this season. Of the two, though, it’s the Blades who have truly shone, sitting up in the lofty heights of 8th with five wins & seven draws this season while Villa have won four times this campaign, but nine defeats (just four for Sheffield United) sees the Villans down in 17th.

There’s a real organisation and steel about this Sheffield United side while their flying full-backs (Enda Stevens in particular) offer a genuine attacking outlet against sides who like to pack the middle. And Saturday’s opponents fall into that category with a lot of Villa’s play coming through the likes of Grealish, McGinn & Hourihane and, to an extent, such a system has been successful, with Villa notching 23 goals in 16 games, a sizeable number more than the teams around them.

However, having conceded 23 goals to Sheffield United’s 16, the Blades will see an opportunity to get at this often flaky-looking Villa back four, and in French striker Lys Mousset they have just the man to unlock the back door and secure another big 3 points here.

West Ham have struggled of late.

Two of the leagues most out-o- form sides meet in Saturday’s evening kick-off with Southampton and West Ham separated by just a single point in a congested Premier League table. In the last 3 games it’s the Saints who have fared the better with two wins in their last three (one win in 10 EPL games before that) while the Irons have stuttered since their shock 1-0 win at Stamford Bridge at the end of last month with back-to-back defeats against Wolves and Arsenal.

Under-fire boss Manuel Pellegrini will have been pleased with his side’s attacking efforts at home to the Gunners on Monday night (they went 1-0 up) but, once again, defensive frailties were to the fore as they surrendered 3-1 in the end to an equally out-of-form side.

If West Ham fans are to take comfort in some sort of stat before Saturday’s trip to the south coast then it has to be the fact West Ham have won their last 3 games in a row against Southampton and have just edged the overall head-to-head down the years with 16 wins to Southampton’s 11 (seven draws).

Michail Antonio has shown signs of getting back to his best in recent appearances for West Ham and, in truth, the former-England international’s performances will have a big say in whether Pellegrini sees out the Christmas period or not with West Ham struggling for goals (18 in 16 games).

In truth, there’s very little separating what look to be two very ordinary Premier League sides, but with West Ham holding a good Hhead-tohead record in this fixture in recent years, I’m just leaning the way of an Irons win.