It truly is a pre-Christmas super Saturday at Ascot with day 2 of the venues Christmas meeting offering prize money of £446,800 with the Grade 1 Marsh hurdle the feature at 2.25 while the 3.00 is a listed handicap chase and the 3.35 a Grade 3 handicap hurdle. Here to examine these 3 feature races and give us his selections is Bar One Racing broadcaster Kieran Burke.

Can anyone stop Emma Lavelle’s superstar stayer Paisley Park from making it 7 wins on the trot this weekend? The son of Oscar was involved in a classic in the Grade 2 Long Distance Hurdle at Newbury last month, overcoming Thistlecrack in a battle for the ages and is back to defend the crown he won at Ascot last year when getting the better of Colin Tizzard’s West Approach.

Rated a massive 16lb superior to his nearest rival in the field of 6 here, it’s almost impossible to see Paisley Park’s winning streak coming to an end here but with the 7-year-old set to go off a heavy odds on fav let’s see if we can find the best of the rest.

Papagana has been in excellent form this year, finishing in the frame in the 2m4f Grade 2 Mares Novices hurdle in February before romping home in consecutive listed events at Doncaster and Kempton when stepped up to this trip but this race not only represents a huge step up in class.

Tobefair was beaten by a neck in the 3m Pertemps at the Cheltenham festival in March before winning back to back handicaps at the same venue in April and on re-appearance in October. Making the frame in a listed race again at Cheltenham last month Debra Hamer’s gelding could be in the mix if transferring that Cheltenham form to Ascot which isn’t certain given the very different set ups of both courses.

L’Ami Serge hasn’t been seen since an out of character effort at Auteuil in France in May 2018 but is a Grade 1 winner, albeit a much shorter trip when beating Supasundae in the Aintree hurdle last year. A runner up in this race in 2017, if Nicky Henderson’s now 9-year-old comes back fit and firing then he has every right to be involved but there’s obvious risks attached.

Ruling out Agrapart, that leaves just The Worlds End who was outpaced by Paisley Park when finishing a 7 length 3rd at Newbury last month. Off the back of that form and success in the Grade 2 West Yorkshire Hurdle at Wetherby prior to that Newbury effort then The Worlds End will naturally be priced up as best of the rest. 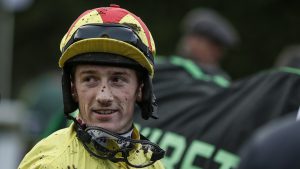 Give Me A Copper heads the betting for this with Paul Nicholls charge winning a listed chase at Wincanton last month and is only 2lb higher than when winning a Novices chase at Kempton in November 2017 and is also proven on the heavy having won a Cork bumper in the mud.

Yalltari looks a danger having ran an OK race in a Grade 2 Novices Chase here in February and is 2lb lower now. A 3 time hurdle winner who won a chase at Chepstow this time last year, Venetia Williams is in stunning form at present but the lack of a recent run out is a concern.

Kildisart seemed to find the pace too much in a 2m4f listed race won by Lostintranslation at Carlise last month but this gelding displayed his credentials over this sort of trip when finishing 5 lengths clear of Mister Malarky to win a Grade 3 handicap chase at Aintree in April. A likable sort but with a career high mark to overcome (155) plus the fact Ben Pauling’s charge is unproven on anything slower than soft, I’d have my reservations.

The re-opposing Mister Malarky could be a danger off a sliding mark but is also unproven in conditions as testing as this while Crivehill arrives seeking a hat-trick for the Twiston-Davies team. Bumped up 10lb for a 10 length win at Haydock last month this gelding must also overcome a career high mark but is a winner on heavy ground and looks good EW value.

A field of 16 line up for the finale at Ascot on Saturday and a number make strong claims here. Among them, Quoi De Neuf and Harambe who were only separated by just under 2 lengths in a Grade 3 at Cheltenham last month with the former raised 4lbs despite coming out on the wrong side of that result while Alan King’s winner has gone up 6lb in the weights. It may take quite a bit to split these two again here.

Nicky Henderson’s French Crusader must also come onto the radar after a good effort behind stablemate Epatante at Newbury, that came off the back of a 9lb rise for scoring at the same venue a few weeks earlier.

However, for me David Pipe’s Umbrigado looks the one to beat given this is just a second start since wind surgery and on re-apperance last month the 5-year-old ran well in a big-field event at Haydock. Having reeled off a hat-trick of wins to start his career under rules this gelding could return to his best here with Tom Scudamore a safe pair of hands in the saddle. If you get each-way value here take it, as it is a competitive field but looking reasonably weighted and given the fact he should be all the stronger for last months re-appearance my vote goes Umbrigado’s way.