They say every great fighter needs a storied rivalry to be considered among the greats of boxing. The “Rumble in the jungle”, Lewis v Tyson & Pacquiao v Mayweather all hold their place in the history of boxing and who could have ever envisaged that Anthony Joshua’s legacy may come down to a rematch with a previously little known Mexican fighter.

Andy Ruiz wasn’t even supposed to face the Olympian in June but when Joshua’s original opponent Jarrell Miller failed multiple drug tests it was the man known as the “destroyer” who answered the call.

Ruiz’s physical condition during the weigh-ins had pundits discussing when not if Joshua would make it 23 wins from 23 fights but from the opening bell at Madison Square Gardens that night it was clear all was not right with “AJ”, who looked sluggish and lacking in his usual energy and presence around the ring. 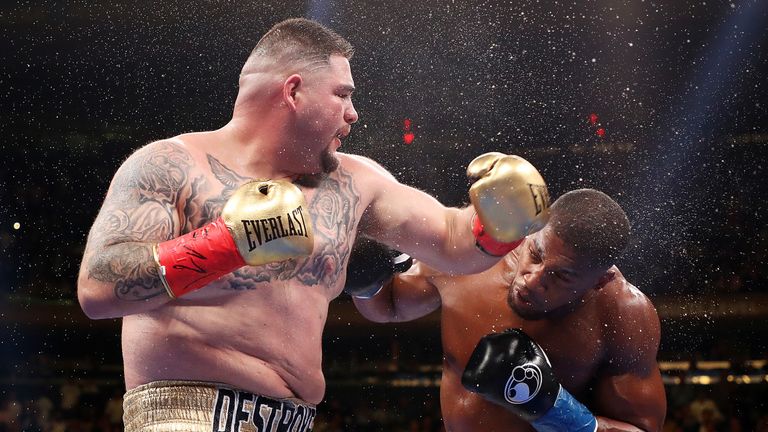 Never judge a book by its cover was never more evident as a rule of thumb as Ruiz unleashed combination after combination of devastating quick flurry’s to leave Joshua stunned.

Skip forward to the present day and the tables have well and truly turned with Mexico’s first ever heavyweight champion wowing onlookers during his recent public workout with the quickness of the champions hands really catching the eye, while Joshua has promised to open up on the reasons for June’s defeats after he makes amends in Saudi Arabia on Saturday.

What has been noticeable in the build up to this rematch is a change in approach from Joshua, who many feel had focused too much on his physique in the past with promoter Eddie Hearn admitting his star-man may come in lighter in order to counter the speed of his rival. Online rumors of Ruiz doing similar appear to be wide of the mark and in truth why would the defending champion change an approach that was so effective in the summer?

What has changed since June though is Ruiz’s status as a genuine superstar and celebrity while Joshua appears to have taken a more focused approach to his fight prep with the Watford man cutting back to the bare basics in terms of interviews and media duties, something the reigning champion naturally cannot be afforded. Could June’s defeat and subsequent change in status for both men actually play into the hands of the challenger on Saturday night?

Don’t forget, Joshua has won 21 of his 23 bouts by knockout and with the 30-year-old appearing to arrive into this rematch with a new found focus and a chance to add to his legacy it’s not hard to see why the challenger is 2/5 favorite to reclaim his crown.

While the power in Andy Ruiz’s gloves cannot and will not be underestimated after what he achieved in June, the champion still doesn’t hold anything like Joshua’s record when it comes to stopping opponents with 22 of Ruiz’s 33 wins coming via TKO/KO. Still a respectable KO record even if it stacks up short against Joshua’s, expect “AJ” to pick his moments carefully with Ruiz’s jab of particular threat when the Englishman does decide to step forward.

While most pundits will tell you this is a fight that simply cannot go the distance the fact Ruiz poses such a threat with that countering jab means we may see Joshua forced to play a more patient game, meaning 13/5 for the fight to go the distance deserves examining.

However, the value bet for Saturday night is most definitely Joshua to win by decision or technical decision at 3/1.