Alan Marron has been in red-hot form with his tips for BarOneRacing.com this season.

Cheltenham‘s two-day December meeting, also known as the International meeting, gets under way on Friday with live coverage on ITV, and our top tipster of 2019 Alan Marron is looking to produce even more winners with selections for each race on Friday’s card.

CHANTRY HOUSE arrives here on the back of a very impressive bumper win at Warwick back in March. He has been given plenty of time to grow into his frame and he looks like one to follow for the rest of the season.

The slight negative here is that this is his hurdling debut and, if he is prone to the odd mistake, he may just lose his place when others are jumping slicker around him. However, he travelled like a very good horse at Warwick so he looks extremely hard to beat here.

The odds will probably be short enough and I would suggest it is more a race to watch than have a play in.

Our prices for Cheltenham on Friday will appear here

PYM has always been somewhat of a talking horse at Nicky Henderson’s but he showed his true ability with an electric round of jumping from the front at Ascot last time out. If he can do the same here it will take a good one to beat him.

He went up 12lb after that win to 149 in the ratings and this will really test him to see if he has aspirations of getting back to the Festival in March. His hurdle form was solid but it looks to me as if chasing is his game. 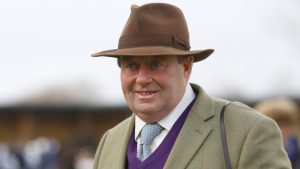 Alan Marron feels Nicky Henderson could be in for a profitable Friday at Cheltenham.

It could be a quick treble for Nicky Henderson as NEVER ADAPT is a filly who went straight into my notebook after her last run.

She ran in the Triumph Hurdle Trial last season behind Quel Destin and, for anyone who watched her on the way to the start, she was far too keen and, for me, she was too exuberant in the preliminaries to be able to run her correct race. She was also keen in the race itself and subsequently finished third. The form of that race, though, has worked out extremely well, with Quel Destin going on to finish fifth in the Triumph Hurdle. Quel Destin is now rated 148 over hurdles and Never Adapt makes her handicap debut here off 128.

If her temperament has cooled off, a mark of 128 could be extremely lenient. The NAP of the day for me.

ZARA HOPE looks the most interesting in this race as she sneaks in at the foot of the weights. She was well handicapped in terms of her hurdles form when she duly obliged off a mark of 98 last time out. She returns here off 104 and, having previously won over hurdles off the same mark, I have no worries about the mark stopping her.

She was prominent in the race last time and she was left in the lead a long way from home. The one thing that stood out to me was her attitude, she ground it out well from the front and powered clear up the run in.

That was only her fourth chase run and there looks to be plenty of improvement to come in this discipline.

Nigel Twiston-Davies has his team in flying form and his runner here COGRY looks nicely weighted to repeat last year’s victory in the race.

He was a very good third behind The Conditional over course and distance last time out. His mark of 139 is left unchanged and he gets a massive pull in the weights with West Approach, who re-opposes. Cogry received a pound from West Approach when they were second and third, respectively, with Cogry 1 ¾ lengths behind him. This time around, considering that West Approach was favourite for the race formerly known as the “Hennessy” at Newbury last time out, Cogry receives 11lbs this time around.

I am very sweet on the chances of Cogry here as he is a horse who wears his heart on his sleeve and will be close to the pace. He has a very good record around Cheltenham and, as long as the ground is no worse than good to soft, I could see him being very hard to pass up the hill. 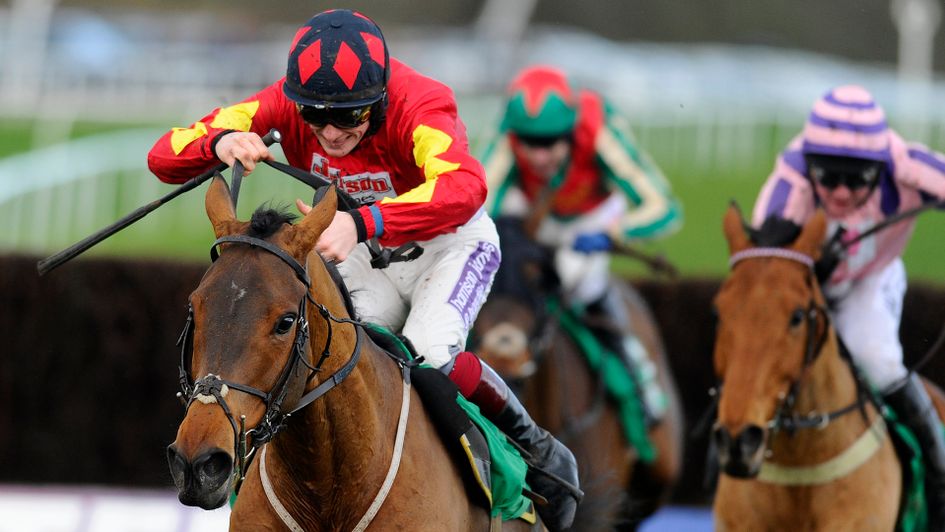 Following French Cross-Country form wouldn’t be a specialty of mine, but, in receipt of plenty of weight from the likely favorite Yanworth, EASYSLAND looks a massive player here.

I have looked back on some of his form at both Pau and Compiegne and the comments all have the words ‘easily’ or ‘very easily’ in the post-race comments. The Cross-Country race is a discipline that some horses adapt to and, while not knowing too much about this horse, I would be happy to take a chance as he will surely like the course set-up.

He has won his last four races and, while he will have plenty to find in terms of class with Yanworth, I would be more than happy to have a small play on him here and also ante-post for the Cheltenham Festival.

Nicky Henderson looks in line for another winner on the day with the lightly-raced FALCO BLITZ.

If you watch his last run back, I would think that Nico de Boinville is still kicking himself that he went for home so early turning in. He pecked at the last and, ultimately, tiredness looked to cost him the race as Jatuliwih swept past under David Maxwell.

That was Falco Blitz’s first run in a handicap and that should stand to him here. He should be held onto for a little longer. He travels extremely well in his races and that was seen both last time out and, also when he was successful at Fakenham in October, where he made all.

Should go very close here and make amends for last time out.