Alan Marron has been in very good form with his selections this season.

Our popular tipster Alan Marron is back to provide another preview of a Friday-night race meeting at Dundalk.

Our markets for tonight’s Dundalk meeting can be found here

Joseph O’Brien has had his Dundalk team in fine form in recent weeks and DARK VADER should prove very hard to beat here. This will be his first run on the surface but his turf form looks well above anything else in the race.

On his debut he finished fourth behind Arizona, who went on to win the Coventry Stakes at Royal Ascot. The second and third from that race have duly broken their maidens since.

On his second run he tried to make all at Navan and was just caught close home by Royal Lytham, who went on to win the July Stakes at Newmarket. The third, sixth and seventh horses have gone on to win since. His last run at The Curragh was creditable – he finished fourth – but the way the race was run didn’t really suit.

If the forecast odds against remains prior to race time, I think this is a very good bit of value. If he resumes in any of the form he showed on the turf, he will be extremely hard to beat.

Denis Hogan has recently acquired NOBLE EXPRESSION and this gelding really caught my eye last time out in an apprentice handicap. He was last at halfway and, under hands and heels riding, he ran on into a never-nearer fifth, beaten just over two lengths.

The handicap mark of 77 remains the same here, but the interesting thing for me is the step up to two miles. This horse is a three-time all weather winner in England when trained by Roger Varian and Jim Boyle, respectively.  He won over 1m 5f at Wolverhampton so the trip here should be no issue.

He is one horse to keep a close eye on as, no doubt, with his new trainer he will pop up sooner rather than later.

With Johan Zoffani likely to be very short here I am going for a somewhat speculative selection in the Dermot Weld-trained SUMMIT ROCK. You may look at the form and think this horse finished last on debut so how can I give it any chance? Well, the ground was soft to heavy that day and I will forgive any horse as a two year old who isn’t able to handle it.

He has had 47 days off since that run and, if the debut outing, has done him good then double-figure prices could be value. The Polytrack surface could be right up his street. It is a bit of a shot in the dark against the top side of the market but I would be happy to have a small play and maybe watch for market moves.

We have to go back to 2016 to find the last time FIT FOR FUNCTION won on the all-weather at Dundalk but that was off a lofty mark of 81 and he looked like he was coming into form with a very good run last time out.  He was ridden on terms 2-furlongs down and looked like he was going to be competitive but just didn’t get home. The drop back in trip here looks sure to suit. He broke well last time and disputed the lead and, with Shore Step in the field here, there looks to be plenty of pace.

If Gary Carroll can get him over from a wide draw and slot in, he should go very close off a mark of 70. He was a turf winner off the same mark on 29th May at Gowran Park. 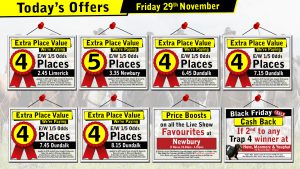 THEFAITHFULINDIAN was selected on the previews on her last run and I am happy to put her up again after a very creditable second last time out. She has cheek-pieces applied this time and it should help her concentrate and hopefully finish out her race strongly. She has shown progressive form in her last two runs and the forecast price overnight looks a bit big to me. The slight negative is the drop back in trip to 1m 2f but if the cheekpieces work she might just settle and go very close here. Solid each way value in a competitive race.

ADAMARIS was another who really caught my eye when watching back his nursery debut last time out where he finished sixth behind Point Reyes trained by Gavin Cromwell.

The one thing that really impressed me was how well this horse stuck to his task when he came under pressure. He ran on well into a never-nearer sixth and has subsequently been dropped a pound in the weights.

The race last time out looked a lot stronger than this one so I am a bit surprised that he is not higher up the market. Dean Curran who rode this horse last time out is replaced by Declan McDonogh and the stronger handling could make all the difference.

Over the last few weeks we have seen Vanessa Maye and Geological light up Dundalk and it might be time for another partnership to come back to form. Emma Doyle has a very good relationship with NORTHERN SURPRISE having won at the course in January off a mark of 50. He gets in here off 46 and the handicapper is being generous and giving him a decent chance.

When he won that day off a mark of 50 he was unconsidered in the betting at 20/1 and he might be the sort of horse that gets his head in front when it is least expected. He has some very decent form in December/January in recent years and he looks one for a small play each-way here at a double-figure price.

The second division of this race to end the night and with Ben Kennedy claiming 10lb, SWISS ARMY OFFICER looks a very interesting runner.

He wasn’t beaten far behind Khafaaq last time out and a repeat of that run should see him go very close here.

He is the one horse who looks completely unexposed compared to the rest of the field and, if he can settle nicely in mid-division, he could be the one finishing strongly at the end of the race.

He is bred to get this trip and further so, with the stamina hopefully assured, he should end the night on a high for us.