Will Reilly looks back on what was a very informative weekend of jump racing, one that is likely to hold a bearing on the Bar One Racing Winter Festival at Fairyhouse.

THE WEEKEND DELIVERED on its promises as a number of well-touted horses confirmed their quality in winning at Naas on Saturday and Navan on Sunday.

In doing so, they kept themselves well and truly in the frame for the Bar One Racing-sponsored Winter Festival at Fairyhouse on Saturday November 30th and Sunday December 1st.

Sunday’s card at Fairyhouse will carry nearly €500,000 in prize-money and feature three Grade 1 contests plus a Grade 3 juvenile hurdle, a €100,000 handicap hurdle, the €50,000 1800 624 524 Telebetting BarOneRacing.com Porterstown Handicap Chase and a usually very-informative bumper. 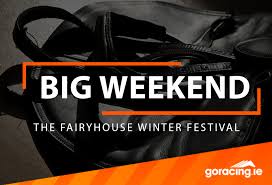 Some dates for your diary if you love your jumping!

Galloping into the Royal Bond picture on Saturday at Naas was Embittered (trained by Joseph O’Brien), who got the better of the Willie Mullins-trained Blackbow, another Royal Bond entry, in the Irish Stallion Owners EBF Maiden Hurdle.

Afterwards, the winning trainer said: “He jumped well and saw it out well. It would make sense to go for the Royal Bond now”. 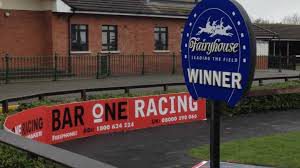 Winning jockey Mark Walsh said: “He feels a lot stronger this year; we’ve always thought a lot of him”.

Also winning at Naas was Surin (Gordon Elliott), who landed the Grade 3 Fishery Lane Hurdle in the style of an improving filly and holds an entry for the Hatton’s Grace Hurdle, although Gordon has earmarked Apple’s Jade for that race, one that she will be bidding to win for a record-breaking fourth-successive year.

Apple’s Jade could still head to Fairyhouse despite her defeat to Bacardys (Willie Mullins) in Sunday’s Grade 2 Lismullen Hurdle at Navan. Bacardys, who finished second in the Grade One Champion Stayers’ Hurdle at Punchestown in May, impressed at Navan, travelling well throughout the race and eventually scoring comfortably. 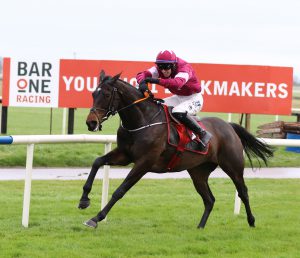 Another Naas winner, Tornado Flyer (Willie Mullins), holds an entry for the Drinmore. After the close relation to the brilliant Hurricane Fly had won the Mongey Communications Beginners Chase, winning jockey Paul Townend said, “He’s a high class horse and he can only build on that”.

With Bacardys, Apple’s Jade and Honeysuckle, who won easily on her comeback at Fairyhouse on Tuesday November 12th, all possible runners in the Hatton’s Grace, it is shaping up to be a superb race. 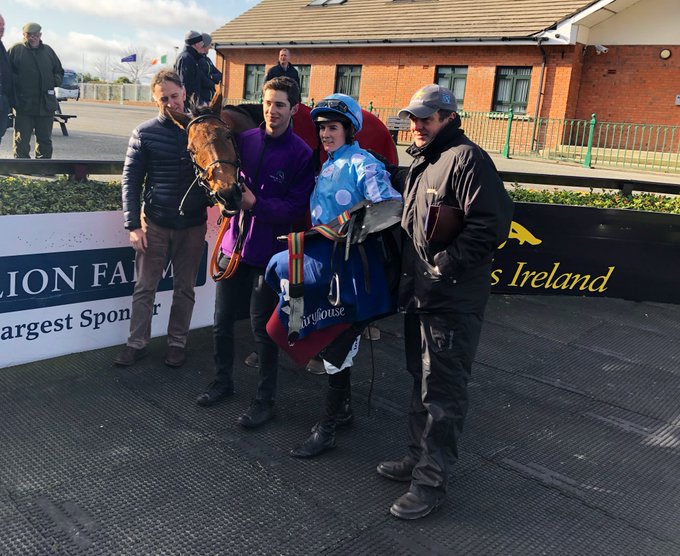 Also creating very good impressions with the manner of their winning performances at Navan on Sunday were Abacadabras and Andy Dufresne, both of them trained by Gordon Elliott and both Royal Bond entries.

Gordon said after their wins: “(Abacadabras) jumped well there…he’s a nice horse and could now go for the Royal Bond“, and “(Andy Dufresne) is a nice horse and (jockey) Mark (Walsh) said he showed a lot of pace”.

They both look very good prospects.

As do Fakir d’Oudairies (Joseph O’Brien) and Melon (Willie Mullins), first and second in the Irish Stallion Farms Beginners Chase at Navan on November 10th.

“He jumped very well…He’s very exciting”, said the winning trainer, while connections can hardly be disappointed with the runner-up, who finished runner-up in the 2017 and 2018 Cheltenham Champion Hurdles and had to concede eight pounds here to what is probably a very useful winner.

With many of these horses having their sights set on the Bar One Racing Winter Festival at Fairyhouse, which takes place on Saturday November 30th and Sunday December 1st, Irish jump racing’s midwinter highlight looks set, once again, to produce a superb meeting.