Alan Marron looks ahead to the latest Friday night card at Dundalk.

Alan Marron has been enjoying a good time with his selections for much of the year, which includes five winners at Dundalk at the last two meetings to a €1 level-stake profit of €18.50.

Here are his thoughts on the latest Dundalk card (Friday November 15th).

Bar One Racing’s prices for Dundalk are available here

A very interesting race here and one of the debutantes stands out as an intriguing contender.  BOMBSHELL from the Joseph O’Brien stable is a half sister to 2018 Middle Park runner up Jash. Her sales price rose massively from yearling to two year old. She is a 575k purchase as a two year old and wouldn’t have to show much ability to be successful here.

This race lacks plenty of stand-out form and if she is successful here she could be a filly to watch out for next year.

ARCANEARS is beginning to look like a very well handicapped individual and is one that Michael Halford will pick up something on the all weather sooner rather than later. He has only run twice on the all weather in his career and returns here after a highly encouraging run at Naas on heavy ground. He finished third and Strong Johnson who re-opposes here was half a length ahead of him. This horse has finished fourth off a mark of 84 behind Geological in 2018 and gets in here off 68.

If he can improve another little bit I would expect a massive run here and expect him to go very close – This is one of four races at Dundalk tonight in which Bar One Racing are paying an extra place! 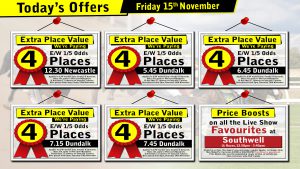 This race could be a pipe opener for many national hunt horses that appear here but HANNON looks like the class angle here and is very hard to oppose. His juvenile form last season was excellent and I was very sweet on him to run a big race in the JCB Triumph Hurdle but ultimately he finished down the field. He was fourth in the Lartigue Hurdle at Listowel last time out and that should set him up nicely for this race.

Trainer John McConnell has bigger plans in place no doubt for this horse but if he can translate some of his jumps form to the flat he will be hard to beat.

Mick Halford could be in for a good night at Dundalk on Friday says Alan Marron.

Michael Halford could be in line for a double on the night with the very consistent SKY SEVEN. He finished fourth to Kafu last time out and has been dropped 2lb for that. That mark should not make him competitive here. Both his last two races were over a mile and he steps up to 1m 2f here and should Ronan Whelan be able to get him settled early I think he could be the one finishing the best. He was third at the Curragh over the longer distance on the turf and the all weather could suit him a lot better.

His form lines are consistent so he is a solid each way selection for this race – This is one of four races at Dundalk tonight in which Bar One Racing are paying an extra place!

For those of you who follow the previews will be aware that I selected COME BACK AND STAY for the team of John McConnell. She gets in here off a very light weight with Rory Cleary aboard and looks to have a very decent chance here. Her last run at the track was a staying on third behind Rockview Roman and Bellepower who both re-oppose here. I think that the filly could well improve past both of them and be the value selection. She has the best of the draw in comparison to her form opponents from her last race and she should sit and travel and come with a run late.

Very good chance –This is one of four races at Dundalk tonight in which Bar One Racing are paying an extra place! 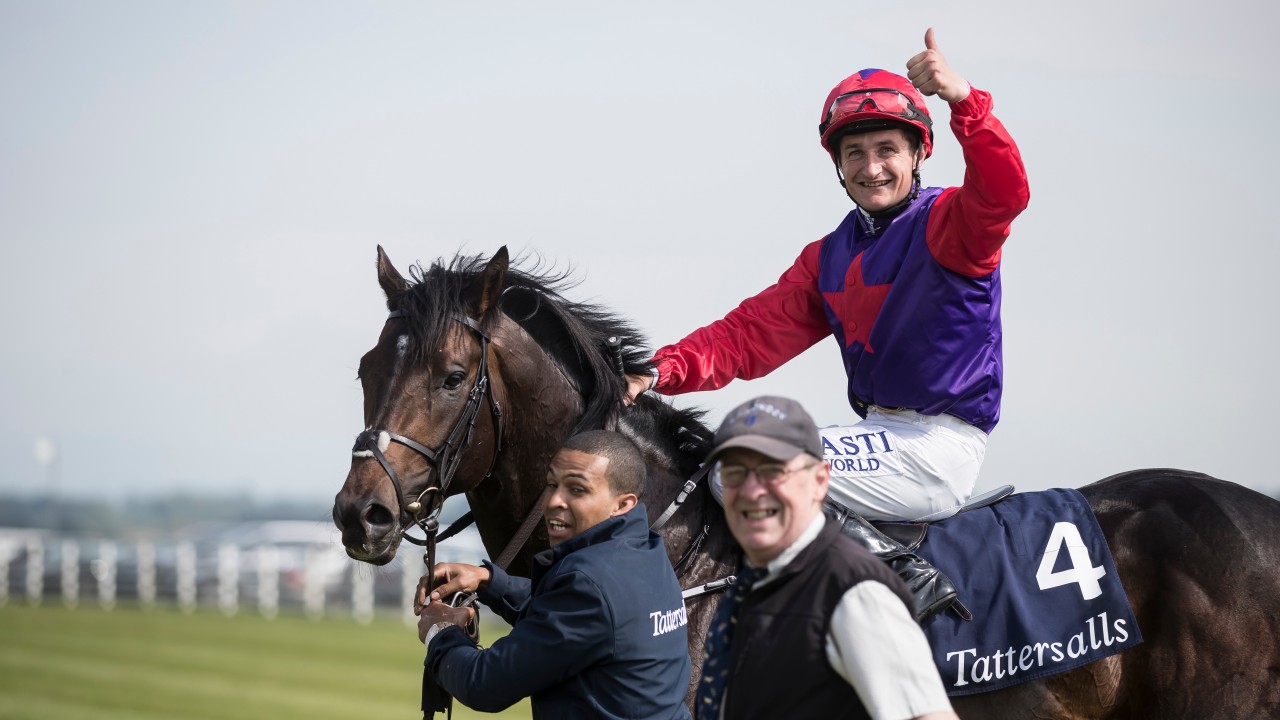 Shane Foley takes the ride on the consistent Cache Queen

CACHE QUEEN has the assistance of Shane Foley here and that could be the deciding factor in this race. She has been kept very busy in recent weeks and the handicapper is giving her a chance by only raising her another pound after her last run. She was very unlucky last time out when getting caught close home by Tracing and if she can reproduce that run I can’t see much to trouble her looking at this race.  She drops back to 1m 2f here and that will be perfect.

One of the best bets on the night for me – This is one of four races at Dundalk tonight in which Bar One Racing are paying an extra place!

GOLD FACTORY could give Joseph O’Brien a double on the night by being victorious here. An emerging young talent in Mikey Sheehy takes the ride here and his claim will be vital here. He claims 7lb and that will get this filly down to 9st 6lb. She ran a cracker on her first run at the course when 6th behind Camachita in a maiden.

The form of that race has very little substance but she was staying on from off the pace and could go very close here with luck in running.

I am still convinced that COMHAIRGHEADAS will be able to win off his reduced mark and I will take another chance that it could happen here. He was successful two years ago on the turf off a mark of 80 and gets in here off 47 and jockey Paddy Hartnett is claiming another 7lb so that takes the mark down to 40. He has been dropped 2lb for his last run where he traveled supremely well but struggled to get home. He drops back in trip to 6f here and that should be ideal. If he is able to travel into the race he should go very close. The mark is one that he will exploit sooner rather than later.

My nap of the night.