There are two listed races and two Group 3 events on Ascot’s lucrative Autumn weekend Saturday card, which carries £415,000 in prize money. And it is one of those two listed races that kick-starts Saturday’s action at 2.00 with the 5f Rous Stakes taking place.

Dakota Gold has grabbed headlines this summer, winning four races in a row before being touched off in Group 3 company at Newbury when last season a fortnight ago. Trainer Michael Dods made the massive 259 mile trip to win this race last year and will have Connor Beasley aboard the expected favorite here with Beasley partnering the 110 rated 5 year-old during that wonderful summer spell. 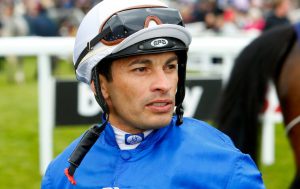 Recently returned jockey Silvestre De Sousa is booked to ride Dods other runner in the race who is the 97 rated Intense Romance. The Mare won this race last year to complete a 2018 hat-trick but is yet to fire this season with form figures of 6606, finishing 6 lengths behind Maygold in a class 2 handicap at Haydock with Maygold involved again today for trainer Ed Walker.

Finally in terms of the opener, Michael Appleby’s Danzeno has won twice this year  and was only beaten by Dakota Gold in a 6f listed race at York last month with Danzeno 3 lb’s better off with that rival here.

The Property Raceday Targets 3m Cumberland Lodge Stakes takes place at 2.35 with 1m 4f all that separates the 7 runners from a winning cheque of  £34,026.

Ormonde Stakes winner Morando returns from a short 49 day break after being last seen finishing a good ¾-length second to Technician in the Geoffrey Freer at Newbury on soft ground (Saturday’s Ascot going: Soft-heavy in places on round course).

Andrew Balding’s 6-year-old absolutely loves the mud and is rated 4lbs superior to its nearest rival in the field who is Sir Michael Stoute’s Sextant, a listed winner at Chester over this trip last month who has also won on this sort of going previously. Sextant is by the prolific Group 1 winner Sea the Stars and will have Louis Steward aboard.

In terms of other predicted market leaders, Faylaq races for William Haggas and is out of a King George & Arc winner and the colt is turning into a top performer of his own having won and placed in some strong handicaps this season (winning 3 times), defeating 4 rivals over a slightly shorter distance on Kempton’s AW just 10 days ago.

Ascot’s 7f Challenge Cup takes place at 3.10 with a massive £112,050 to be won. A field of 18 is declared to run although Karl Burke’s Raydiance raced here on Friday so it remains to be seen if the bottom weight will compete here. 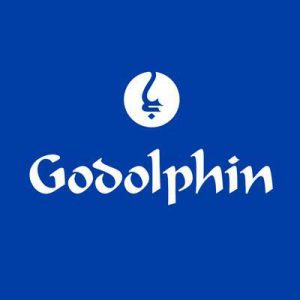 Godolphin are represented on the double here with in form trainer Saaed Bin Suroor saddling up Silver Line while the same trainer also races Beduin’s Story who will have Hector Crouch aboard.

Silver Line was a winner on debut in 2016 but only added to that tally at Nottingham 3 runs ago. A mark of 106 may damage Callum Shepherd’s hopes in the saddle.

The other Godolphin runner has been an inconsistent sort but has responded well to the application of blinkers, winning over this trip at York before finding just one rival too good on the AW at Chelmsford over a mile last time. As a result, Bedouin’s Story certainly looks the stronger hope running in Royal Blue.

The Group 3 John Guest Racing Bengough Stakes is up next at 3.40 with just shy of £40,000 available to the winner.

Roger Varian’s top rated (113) CAPE BYRON won this year’s Wokingham over this C&D on fast ground but has also won over 1m on soft here earlier in his career and will be among the top contenders on Saturday as a result.

Richard Spencer enters a very interesting runner in Thrilla in Manila who scored at odds of 25/1 on debut and returns today after an 11 month absence with Luke Morris in the saddle.

Owen Burrows Tabdeed was also a winner last time out and has indeed won 4 of his 5  career starts, returning from a 10-month absence with an impressive victory in a 4-runner event at Doncaster 63 days ago.

Raucous won in listed company over this trip at Newmarket last time, his second win of the season for Six Mile Bottom trainer Robert Cowell and could be right in the mix here. 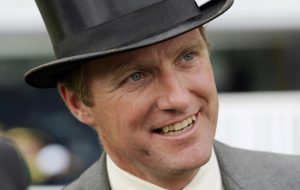 The Fillies and Mares will compete at 4.15 in the listed British EBF Stakes over 7f. Last year’s winning trainer Ralph Beckett, who won the listed Noel Murless Stakes on Friday, has 2 runners for this year’s renewal with Di Fede and Blizzard competing.

Di Fede is a usefully filly who is yet to win the season but steps down in class for this race and has been a consistent performer overall. Meanwhile, Blizzard won a listed race in France in 2018 and has been down the field in Group 3 company latest so should find this level slightly calmer with Rossa Ryan booked to ride.

Dandy Man Filly Dandhu is expected to be the market principal for this one having finished an excellent second in the Rockfel at Newmarket before going on to win the Fred Darling at Newbury. The top rated (107) David Elsworth runner has not been seen since finishing down the field in the 1000 Guineas  and has a 5 lb penalty to carry on Saturday.

The class 3 Mcgee Group Handicap over 5f concludes the card at Ascot with just shy of £13,000 to be won. Having won this race the last 2 years running Erissimus Maximus will be seeking a hat-trick but for a different yard having joined Amy Murphy’s team since last years success. The gelding has given Murphy a win since joining, winning at Windsor in May but has been poor since then and is 2lb higher than 12 month ago.

Celsius arrives here having completed a hat-trick in the Tatler Handicap at Glorious Goodwwod with Tom Clover opting to reward the 3 year-old with a rest since then and Luke Morris will be confident of making it a 4th win on the spin aboard the son of Dragon Fly having rode him home at Haydock in July.

There’s a quick turnaround for John Bridger’s Pettochside who cashed in off a reduced mark at Goodwood over this trip two starts ago and was 3rd off the same mark at Bath just 6 days ago.

Han Solo Berger, Call Me Ginger, Texting & Came From The Dark were all winners last time out but it’s the Dubawi gelding Alaadel for Stuart Williams and Adam Kirby that’s likely to attract most attention having landed an optional claiming event at Haydock over 6f last time and has shown a trend in terms of improving in the second half of campaigns in recent years.