Mick McCarthy will be hoping to extend Ireland’s unbeaten start to life in Group D to 6 matches, having claimed 11 points from a possible 15 to date, as the Boys in Green head to Tblisi in Georgia for the second time in two years.

Martin O’Neill’s Ireland saw the wheels come off their 2018 World Cup qualifying campaign here, throwing away an early lead earned via the head of Shane Duffy when Georgia not only held Ireland to a 1-1 draw but outplayed the visitors for long periods of play in September 2017.

While O’Neill’s side won the previous meeting in Dublin (1-0) and of course McCarthy’s side also earned a 1-0 win at the Aviva in March, the memories of that difficult night in Tblisi will have to be overcome for this latest long haul trip with another away fixture against Switzerland coming just a few days later in what is a defining week for Ireland’s 2020 hopes. 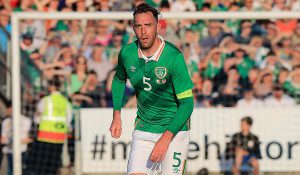 Richard Keogh may have pulled on the green shirt for the last time after sustaining a serious knee injury while Shane Duffy is also a doubt.

As ever, Ireland’s success to date in this qualification campaign has been built off a strong defence, conceding just two goals in their five group matches, with big guns Denmark and Switzerland the only sides to break down the Irish defence thus far. However, Mick McCarthy has major injury headaches to contend with after Richard Keogh’s well documented injury incident while Shane Duffy is in a race against time to get fit for this double header of away qualifiers.

As a result, Matt Doherty may be asked to fill in at left-back with John Egan, Kevin Long & Seamus Coleman making up an unfamiliar back four.

However, putting the ball in the opposition net has been an issue ever since Robbie Keane’s retirement with Ireland notching just 6 goals in 5 qualification matches.

Ireland’s 3-1 friendly win over Bulgaria last month was the first time in 11 matches that over 2.5 goals were scored but with both managers using that opportunity to rotate and experiment, don’t expect that to become the new norm just yet.

With Mick McCarthy’s go to front man David McGoldrick unavailable through injury on Saturday, calls for the immediate inclusion of Brighton youngster Aaron Connolly have become deafening after his big match double against Spurs at the weekend. However, it’s expected that McCarthy will go with on loan Stoke City striker Scott Hogan who has registered 3 goals in 7 championship matches this term.

With Denmark and Switzerland facing off on the same night as Ireland’s trip to Georgia, expect Mick McCarthy to adopt a similar approach to the performances in Switzerland and Denmark which both ended 1-1. 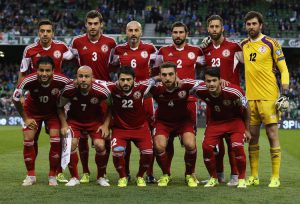 Excluding minnows Gibraltar, only Georgia have scored less goals (4) than Ireland (6) in this group while again, only Gibraltar (16) have conceded more goals than Georgia (8). Such stats should see some of the nervous tension removed from the Irish dressing room despite the hostile away setting in which they will find themselves on Saturday.

In truth, Georgia have failed to build on some of the promise they showed in the 2018 World Cup qualification campaign and indeed in the nations league where Georgia won 5 of their 6  matches against Latvia, Kazakhstan and Andorra, although the 1-1 draw against minnows Andorra in November of last year was perhaps the first signs of cracks in the Georgian armor.

This campaign has been a disaster for Georgia with their only win coming at home to the groups whipping boys Gibraltar (3-0) while Denmark put 5 past Georgia in a 5-1 win in June. However, the scoreless draw with the Danes at Saturday’s venue may suggest the management team have hit the reboot button since that 5-1 hammering and reestablished the organised and stubborn nature which made Georgia such dangerous opponents the last time Ireland visited Tbilisi.

Overall though, a low scoring draw looks most likely and with 2 of Ireland’s last 3 competitive games ending 1-1, as did the last meeting at this venue between these sides, that scoreline is the correct scoreline recommendation at 5/1.

Other betting selections to note: