Ascot’s Autumn weekend meeting gets underway on Friday with the Noel Murless Listed stakes at 2.35 the feature on a 7 race card. 8 runners will battle it out over 1m 6f for a winning prize of £45,368 with Mark Johnston, who is two strong in the contest, looking to claim this listed prize for the first time.

I’l Have Another, who is by Futurity Stakes & group 3 1m winner Dragon Fly, landed a handicap at Newmarket off a mark of 94 in August and is operating off just 4 pounds higher now but the filly certainly has questions to answer regarding the ground, having only placed in 1 of 3 outings on this sort of going (Soft-heavy in places on round course).

Sapa Inca, who is by the brilliant Galileo, is Johnston’s other runner and is untested over this trip and certainly didn’t convince on heavy ground over 1m 4f at Hamilton last time, finishing 4th of 13 in a 0-95 rated handicap under the ride of Joe Fanning with Hayley Turner, a previous winner aboard Sapa Inca at this venue, booked to ride on Friday.

In fact, the only trainer in the field who’s previously tasted success in this race is 2017 winner Ralph Beckett who runs Hereby. The daughter of Nunthorpe Stakes winner Pivotal, Hereby arrives into this listed contest as the form horse having reeled off a hat-trick of wins at Chester, Pontefract and Chester once more and will have Harry Bentley in the saddle. However, Hereby is also unraced over this trip.

Finally, in terms of others who arrive here off the back of a win last time, William Muir’s Just Hubert should have no concerns over completing the 1m 6f’s having scored over 2m at Musselburgh last time to record a third handicap success of the season. 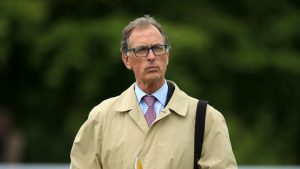 The feature race is preceded by the 1m Mar-Key Group Classified Stakes at 2.00 with last years winning trainer Roger Charlton entering Herculean who is by the great Frankel and out of a Sprint Cup winner. Perhaps unsuited by the AW at Chelmsford last time the chestnut gelding has been given a 49 day break and returns here in the hope of a first win since 2018.

Jamie Osborne won this race in 2016 and runs the 4 time flat winner Lush Life, who won at Sandown in May and was far from disgraced when fifth over C&D in a class 2 handicap last time (This is a class 3 contest).

Sawwaah is the highest rated runner in this contest with an official rating of 93 for trainer Owen Burrows, a 3lb superior mark to anything else in this contest. The son of New Approach has won in class 3 company twice and placed once from 4 attempts at this level.

Taking place at 3.10 is the 7f Amateur Jockeys Association Handicap (For Gentleman Amateur Riders) (Class 3) (3yo+ 0-95).  Cliffs of Capri won this race last year and returns for the winning partnership of 12 months ago, Alex Ferguson and Jamie Osborne. Having hit the frame on 4 of his last 5 starts the 5 year-old races off the same mark as when winning this race a year ago.

Karl Burke’s Raydiance was a listed winner as a 2 year-old and regained the winning thread at Redcar over this trip in June and has been relatively consistent in defeat since, finishing third at Ayr over 7.2f when last seen 14 days ago. Simon Walker is booked to ride Raydiance for the very first time.

William and Tim Easterby combine with Parys Mountain who cashed in off a reduced mark of 77 at Chester before being unplaced at Ayr last time with the race coming too soon, just 6 days after that 7.5f Chester success. Parys Mountain now races off a mark of 81 but did win off 1lb higher at Redcar back in November 2018. 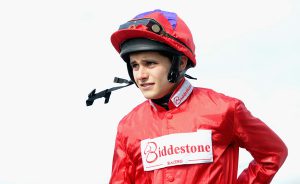 The Canaccord Genuity Gordon Carter Handicap is due off at 3.45 with Sir Mark Prescott’s Altra Vita returning from wind surgery. The filly won 6 times last term but has struggled when stepped up in grade in both outings this season but returns to handicap company here with Ryan Tate in the saddle.

Platform Nineteen, who is by Derby & Irish Derby winner Australia, brought up a 4 timer at York last month and is proven over this distance and on this going (1m 7f 209y & Soft-heavy in places on round course).

The Veolia Novice Stakes takes place over 1m 4f at 4.20 with just the 5 runners declared with reasonable prize money of £9,704 up for grabs. As you’d expect with any race at Ascot, this won’t be easily won and this is especially true today with top trainers Hugo Palmer, John Gosden, William Haggas, William Muir and Andrew Balding all saddling up runners.

Recently returned jockey Silvestre De Sousa will be aboard Balding’s expected market leader King Power, who placed in Lingfield’s Oaks Trial in the spring and has had excuses behind her last 2 disappointing efforts, which included a group 3 race in Italy.

Hugo Palmer’s Caravan of Hope, who is by King George & Eclipse winner Nathaniel, remains a maiden after 5 attempts but was second at Ffos Las when last season in August.

It’s Nice Tobe Nice is the least exposed of these and takes a step up in trip for William Muir having finished 4th on both career starts to date.

Finally, John Gosden’s Pianssimo was a beaten short price favorite last time when finishing 4l second to Ballylemon who had 3lb claimer Finley Marsh in the saddle. Pianssimo remains a maiden after 4 efforts but has never finished outside the top 3, a consistent performer who’s surely just a winner in waiting…..will that be at Ascot? We wait and see. 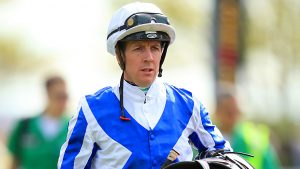 The finale at Ascot on Friday is a valuable class 2 handicap over 6f with £18,675 the winning prize on offer.

Last years winning jockey Jim Crowley is aboard the expected favorite Mubakker, who is on for a hat-trick having improved from a decent Yarmouth debut (3l 4th) to win at Wolverhampton and Kempton. Sir Michael Stoute’s Grey Colt stands every chance if transferring that AW form back to the Ascot turf.

Cambridgeshire trainer Pam Sly runs Dazzling Dan who is rated 6lb superior to its nearest rival (98 rated Roulston Scar) in the field of 11 and won for the third time in its career over this trip at Newmarket before failing to compete in the Portland at Doncaster 21 days ago.

As for the aforementioned Roulston Scar, Kevin Ryan’s Lope De Vega gelding arrives here in good form with 3 wins this season, making all in good style at York last time.

All in all, it’s shaping up to be a fantastic Friday of racing at one of the worlds most iconic sporting venues.