The Grade 3 Ballymore Irish EBF Novice chase is the feature race on the card at Roscommon today with a field of 6 set to battle it out over 2 mile for the €32,450 winning prize at 4.15

Henry De Bromhead was the winning trainer last year and runs Due Reward in this year’s renewal with Rachael Blackmore in the saddle. Due Reward put in a career best to defeat 9 rivals in a novice chase at Kilarney on debut over fences 38 days ago.

Willie Mullins and Joseph O’Brien are also involved with Mullins’ Cool Colonnade 4th of 6 in a Grade 3 chase won by Wicklow Brave at Galway last time, while O’Brien’s Grey Waters won a chase at this venue in August and arrives in good health after being runner-up in a novice chase at Listowel 17 days ago. 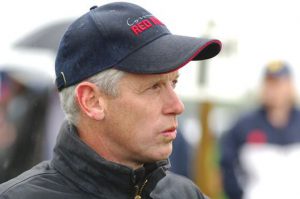 Trainer Philip Dempsey has a number of runners at Roscommon on Monday.

The opener at Roscommon at 2.05 is a maiden hurdle contest for 4 year olds, with last year’s winner going in at odds of 66/1. With a field of 19 (after latest NR’s update) for the opener, don’t be put off big a big price, although Phillip Dempsey’s Fou Diligence is expected to be among the market contenders having improved from his hurdles debut at Fairyhouse in February by filling the runner-up spot at Listowel earlier in the month.

Noel Meade’s Union Gap was a disappointing beaten odds-on favourite at Kilbeggan last time but has placed in 3 of 5 National Hunt starts and has an official rating of 119, that’s 10 lbs higher than Ger Lynch’s Ashqar who has reached a solid enough level over timber, finishing 6th of 14 at Listowel.

Race 2 on the card is also a maiden hurdle event at 2.35 where Well Set Up, a half-sister to Grade 2 winning hurdler Blind Side, will be looking to avenge an unlucky Grade 3 defeat at Limerick in March as Mark Fahey’s 6 year old was hampered in the closing stages as Robin De Carlow prevailed by a nose. Ricky Doyle will assist the cause with a 5lb claim in the saddle as Well Set Up makes a reappearance after a 6-month absence. 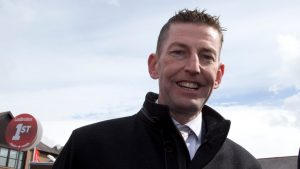 Gavin Cromwell has a yard debutant entry as Bay Ambition runs for the first time since being pulled up on National Hunt debut for trainer Robert Tyler at Cork and, like Well Set up, is reappearing after a 6-month break.

The 3.10 is an 80-102 rated handicap hurdle where Mark Michael McNiff’s WILLIAM OF WYKEHAM and Noel Madden’s AA BEE SEE both make reappearances after respective 7-month and 129-day breaks.

Henry De Bromhead’s Milomynit can take a step forward for the drop back in distance and first-time cheekpieces with Rachael Blackmore in the saddle, while John Walsh’s Shadows Return was a career-best winner when last seen at Cork 14 months ago.

Five-year-olds and above will battle it out to break their respective maidens over hurdles at 3.40.

Seamus Fahy’s Randalls Ur Poet ran well on both his starts in maiden hurdles at Listowel while it may also be worth keeping an eye on Willie Mullins’ twice-raced in bumpers Mountainmore, who makes a hurdles debut with Paul Townend in the saddle. 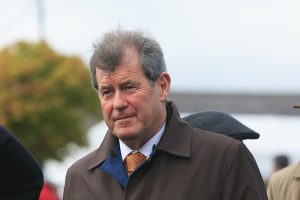 The Irish Stallion Farms EBF Handicap Chase takes place at 4.45 with a smaller field of 11 runners, as last year’s winning jockey & trainer combo of Mark Walsh & Robert Tyler link up with the Jp McManus-owned Sir Bob. The 3 mile point to point winner returns from a 10 month absence and made an encouraging handicap debut at Naas last November.

Noel Meade’s Russian Bill also returns from a break and finished a creditable fourth in a competitive handicap at Navan in March and is worth a market check off the same mark today.

Dawn Raider makes a handicap chase debut for Patrick Kelly and looks well treated with the benefit of a recent run under his belt and shaped as if this stiffer test would suit when staying on into fifth over 2m2f at Galway two weeks ago; they’ll be racing over 2m5f this afternoon.

Gordon Elliott and Davy Russell team up at Roscommon on Monday.

The Castlerea Beginners Chase is due off at 5.15 with some big players involved. This will be Davy Russell’s 2nd and final ride of the day as he gets up for Gordon Elliott aboard Flawless Escape, who will need to leave his Fairyhouse fences debut of 10 months ago behind, beating only 1 of 9 opponents on that occasion.

Last year’s winning jockey Rachael Blackmore rides for Henry De Bromhead on hurdles winner Mount Hanover, who made a promising chase debut in novice company at Listowel 18 days ago, while Mervyn and Simon Torrens pair up with bottom weight Askan who made an ultra impressive chase debut at Ballinrobe 34 days ago, finishing 2nd.

The bumper takes place at 5.45 with 2 newcomers in the field of 7 as the Rothwell and Rath yards introduce Aurora Sunrise & Thatlldo.

However, it’s Gordon Elliot’s Part Time Affair that’s likely to attract plenty of interest after being hampered in a valuable sales race on debut so that effort can be forgiven with Jamie Codd booked to ride today, while Listowel eye-catcher on debut Wavelength has since changed hands and could well prove the one to beat here for trainer Gavin Cromwell.