Posted By: Will Reilly 7th September 2019

Alan Marron runs the rule over the opening day of the seven-day Harvest Festival at Listowel (first race, 2pm)

HEREIA (5/1) was very impressive in Roscommon on his debut over obstacles when making all the running and he could be tough to catch around a track like Listowel where front running isn’t the worst option in the world.

Harvest Bow, who finished second, went on to finish in the same position next time out in Killarney, and even though the remainder of the runners in the race have yet to frank the form, experience could play a vital role here.

Hereia had a couple of nice runs in Dundalk starting out his career but it looks like hurdles have added a spark.

PRICES for LISTOWEL are available here

Our latest ante-post racing markets can be found here

Stratum will undoubtedly be the market leader here and, on these ratings, be very tough to beat. I was very interested in what John Ryan had to say about his mare WAITNSEE (7/1) after she absolutely bolted up in Ballinrobe on soft ground by 24 lengths.

He quoted numerous superlatives after the race saying she was a real class filly and one to look forward to and a potential star.

He mentioned that she is thriving on her racing and, for me, when you get a mare in form it could be tough to stop her.

Stratum could have a race on his hooves here and it wouldn’t surprise me one bit if she caused a shock receiving the weight allowance. 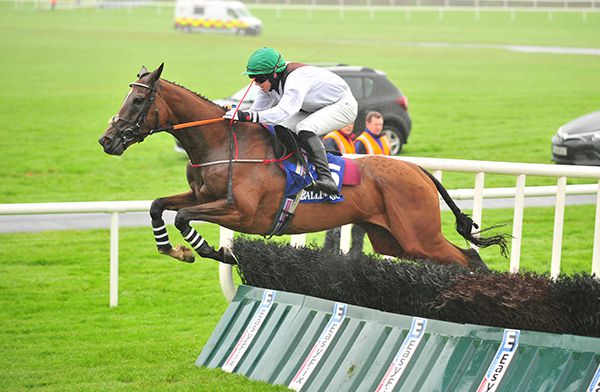 Wainsee could give the favourite something to think about at Listowel

TOUCH OF GOLD (4/1) is the most interesting runner here as she reappears quickly after being successful at Clonmel on Thursday.

She finished sixth in this race back in 2017 and is definitely in better form this time around. If you watch the race from Thursday she travelled lovely from off the pace and got there with plenty to spare and quickened nicely to win going away.

She has a seven-pound penalty for that win, but the jockey’s seven-pound claim will negate that burden.

She’ll be hard to keep out of the frame in a competitive race.

We are paying an extra place in the race….

Willie Mullins will likely have Zola well schooled for her hurdling debut, but I will be happy to take her on.

Pat Fahy goes over hurdles with his horse MISTER FOGPATCHES (6/1) for the second time here after having a run over them at Navan last season. I think this horse needed time to grow into his frame and the step up in trip could really suit.

He has some solid bumper form to his name. On his debut he was third to Sole Pretender, who finished fifth in the Galway Hurdle this season.

Zola will undoubtedly be a tough mare to pass but Mister Fogpatches could give her plenty to do.

WICKLOW BRAVE (Price TBC) has been a very good servant to the Closutton team and should be very hard to beat here. He has won the Irish St Leger on the flat, a Grade 1 hurdle, has twice won at the Galway Festival and, also, has won at the Cheltenham Festival.

The market will be one-sided and it could be a race to watch rather than for betting purposes.

I would advise a distance bet on Wicklow Brave, should it be available.  He could pop out in front here and run them all into the ground and win impressively.

The remarkable Wicklow Brave runs at Listowel on Sunday

Willie Mullins has a strong hand in this race and it looks very interesting that he introduces the newly-acquired CABARET QUEEN (11/2)  here.

She was formerly trained by Dan Skelton and is very well handicapped over fences compared to her hurdles mark.

She is a bit of an enigma at times but the change of scenery could have helped her and, no doubt, Willie Mullins will look to land a decent pot with her at some stage.

This race is very competitive but she could turn out to be a blot on the handicap and we all know that Willie Mullins is a dab hand at improving horses he gets from other stables. 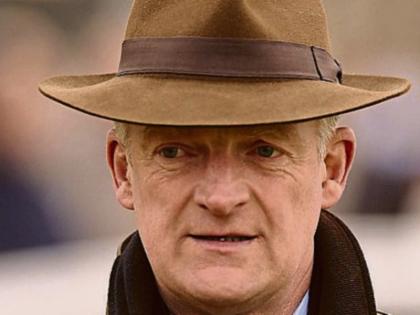 LOU TREK (15/8, from 5/2 when recommended) looks like one to follow for Pat Kelly here on the basis of its point-to-point form where he was very impressive in his only run.

The second that day, Hurricane Harvey had been placed in three bumpers for Fergal O’Brien in England so the form looks to have some substance to it.

Eurowork, who finished fourth in the point-to-point referred to, has been successful since.

Pat Kelly is a very shrewd man and this horse could be one for the notebook if he is successful here.