It’s back! The popular Friday-night racing returns to Dundalk on 20th September and our regular racing pundit Alan Marron will be previewing the meetings, starting tonight!

We are back on the All-Weather for the Winter Series at Dundalk and the first race of the night is as competitive as you would expect.

Natalia Lupini has a decent chance in this race with ABSTRACTION (11/1), who has some solid course form off higher marks. She has been a profitable trainer to follow for us in these previews as stablemate Blairmayne has been successful on a couple of occasions.

With a very good young jockey aboard in Paddy Harnett, and the fact that he claims 10lbs, it leaves Abstraction very well-handicapped.

This horse won off a mark of 75 in Down Royal back in July and, with the jockey’s claim here, it brings his All-Weather mark down to 70.

Over the last couple of years this horse has competed off marks in the 90s so it should be very hard to keep him out of the frame here with luck in running. 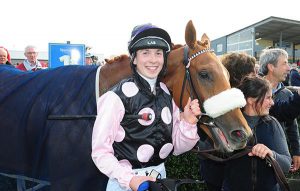 This is not a very strong race and it gives ZAAMAR (3/1) an excellent chance to break his maiden.

On the basis of a Leopardstown run on the 15th August he has a few lengths to find with the forecast favourite Merricourt from the stable of Ger Lyons, but I think that is very possible.

He finished third in a claiming maiden at Bellewstown most recently and for me it looked like the track didn’t suit. He struggled to get balanced and finished a respectable third. I think there is scope for improvement on an artificial surface and he looks as if he will give Merricourt plenty to think about.

Damian English is a trainer who excels at Dundalk over the winter months and he could get off to a flying start with two-time course winner DANCE ALONE (7/1).

This horse has been mainly campaigned over shorter distances than a mile but, with Colin Keane aboard, he is one to pay close attention to.

He is a pound lower than when second over the course to stablemate Stanhope over 5f last season and a return to that form would make him a solid each-way play. His fourth-placed finished at Leopardstown two runs back was an excellent one as he was keen throughout but travelled well.

Dundalk is a long home straight that takes a bit of getting. If Colin can settle him and come through late he should go very close. 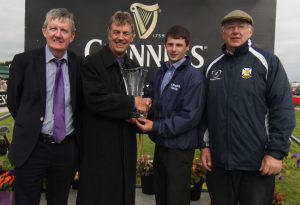 This race, again like many on the card, looks trappy and I would advise a small play here. There is a potential fly in the ointment at a very big price if he can return to form. TEXAS RADIO (25/1) was completely out of form on the turf most recently but a return to this venue could bring about improvement. His mark of 41 is the lowest he has raced on at this track and if he finishes in the frame here he is one for the notebook for the coming weeks as his trainer won’t be long in exploiting his mark.

He kept on well over 7f when last seen at this track behind Boxer Dunford off a mark of 50 so any run close to that he should be in contention at least.

ROYAL BUNGLE (6/1) went straight into my notebook after a very promising run first time out at Bellewstown, where he has a never-nearer seventh under a very educational ride. He stayed on well up the straight and, with normal improvement, he looks the value play here.

The form of the race has taken a couple of knocks but I would still give this horse a solid chance and I think he could be a lot shorter in the market before race-time than he was overnight. 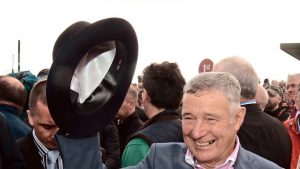 John Kiely has his team in fine form recently and he could go close here with the very lightly raced FOREST VIEW (6/1) .

He broke his maiden at Roscommon in July beating the odds on favourite Jerandme, trained by Noel Meade, and that for me is enough to contend here.

Jerandme is a very solid yardstick as he had been second to Royal Illusion, trained by Willie Mullins, who has run some very solid races in some better class races than this.

I watched Forest View last time at Bellewstown and he raced towards the rear until he made progress on the outer and ran on into a never-nearer sixth.  I thought we may have seen him appear before now but this looks a nice race to target.

This horse was formerly trained by Saeed Bin Suroor and has some very strong form for the “Boys In Blue”.

When I had a look at the declarations for this race earlier in the week I was looking forward to see if SIMSIR (5/4) would take his place. He broke his maiden at Cork most recently and for me it was very impressive.  He got up close home to thwart his stablemate Hazran, but the manner of the victory was the thing that impressed me most.

Niall McCullagh gave him a brilliant ride from off the pace and between horses to get there easily and win going away under hands and heels.

If he improves off the back of that he will give Dunkirk Harbour plenty to think about.

This horse falls into the “could be anything “ category and I think he could be one to follow if he is successful here. HE’S MY NAP FOR WEEK ONE.

LADY ROSEBUD (33/10) is a multiple course winner and looks to have a very decent chance to add to that here.

She was just denied at Navan most recently behind Magi Gal, who reopposes here, and they were six-and-a-half lengths clear of the third.

Dundalk course form for Lady Rosebud is more than enough to overturn the form and I can see her being very hard to beat here. She won off a mark of 60 over the course in March 2018 and returns here off a mark of 53.

She looks to be one of the most consistent course runners on the card and should give backers a very decent run for their money.

We are paying an extra place in the race… 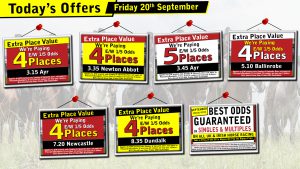