While this upcoming weekend is an FAI Cup one as the tournament reaches the quarter-final stages, there are still two games taking place in the Premier Division thanks to a couple of earlier postponements.

Finn Harps v St.Patrick’s Athletic and Dundalk v Cork City are the matches up for debate in the top flight on Friday night.

It’s hard to believe but, following Monday’s home defeat against Munster rivals Waterford, Cork City are not yet safe from a potential end-of-season relegation play-off and should Ollie Horgan’s Finn Harps pick up another three points at home to St.Pat’s on Friday then the gap between the Donegal club and 8th-placed Cork City would be just 4 points.

This fixture was postponed last week due to a waterlogged pitch at Finn Park and Finn Harps will most likely be cursing their luck as St.Pat’s have since appointed a new manager off the back of Harry Kenny’s departure with League of Ireland legend Stephen O’Donnell given the nod to take up his first job in management, having worked behind the scenes at Oriel Park as Dundalk’s opposition analyst following retirement last season.

St.Pat’s desperately need a shot in the arm after an underwhelming season to date. “Saints” followers had high hopes for the 2019 campaign after some high-profile arrivals in the off-season, with European qualification the very minimum expected at Richmond Park that term, and while those hopes are quickly fading, they are not dead in the water just yet, with 3rd-placed Bohemians sitting just 6 points clear of their Dublin rivals and this trip to Donegal is a game in hand on the “Gypsies”. 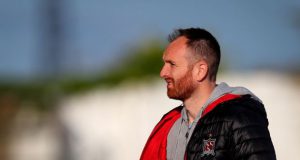 Stephen O’Donnell is the new St.Patrick’s Athletic manager after departing his role with Dundalk.

It was the shock FAI Cup exit to relegation certainties UCD that saw Harry Kenny shown the door by the powers that be at St.Pat’s, but overall the “Saints” are in relatively OK form with 3 wins from their last 4 matches in all comps.

As for the hosts, Finn Harps notched up a hat-trick of wins at the end of July and start of August, winning 1-0 in all three of those wins against Waterford (a), Derry City (h) and Bohemians (h). A narrow FAI Cup 2nd round defeat (1-0) in the Tallaght Stadium was more than respectable, although the same can’t be said about the 5-0 defeat away to Dundalk last time out.

While newly-promoted Harps would gladly have taken a play-off place at the start of the campaign, the total collapse of Cork City has given the Donegal outfit a glimmer of hope of avoiding any sort of relegation conundrum altogether, while St.Pat’s players will be eager to impress their new high-profile manager. All of this makes for an intriguing battle at Finn Park on Friday.

The visitors have beaten Harps twice this season, while there was an early season scoreless draw at Richmond Park in February. As a result, the recommendation for this latest clash is an away win at Evens.

The appointment of O’Donnell is exactly the injection of freshness St.Pat’s have been crying out for, although that’s no guarantee of instant success as we are about to discuss re Cork City. 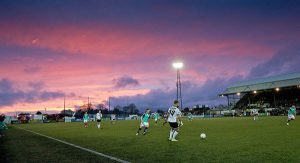 Dundalk are unbeaten at Oriel Park in 2019.

Expect an extremely hostile welcome for newly-appointed Cork boss Neale Fenn as the Londoner returns to the club he sensationally “retired” from before signing for Shamrock Rovers just days later back in 2010.

However, the unfriendly nature of Fenn’s welcome to Oriel Park is likely to be the last thing on the former-Longford Town boss’s mind with the “Rebels” losing their first 2 matches under Fenn to Sligo Rovers (4-2) and Waterford FC (2-1), both at home.

This time last year Cork City were challenging Dundalk in the league and cup, both eventually won by the “Lilywhites”, but this term the Munster outfit are sensationally battling relegation in one of the greatest falls from grace of recent years in the League of Ireland.

If things weren’t tough enough for Fenn and co, Cork City arrive at a venue where Dundalk have remained undefeated all season, both domestically and in Europe, and the double winners of 2018 are currently on a 24-game unbeaten streak in Ireland.

Monday’s extremely comfortable 2-0 win in Sligo means the champions require just four more league wins to retain their crown and secure a 5th league title in 6 seasons with an FAI Cup quarter-final trip to Waterford on Monday the next step in Dundalk’s quest for an historic treble.

Cork City have lost their last 3 matches in all competitions and have tasted just 1 win from their last 12 league outings with the wheels totally coming off since the departure of John Caulfield.

💬 “No matter how Cork City are going they will always up it against us. The rivalry is still there and it’s going to be a very tough game for us – Seán Hoare

While Cork’s form this season has seen a drop off in the rivalry between these two clubs, Dundalk supporters would love nothing more than to hand Neale Fenn a third loss from 3 as Cork boss and that’s exactly what should be expected at Oriel Park with the betting selection for this game a Dundalk -2 handicap bet at 21/10.