Jump racing returns for the year at Navan on Saturday with a seven-race card that has attracted 173 entries at the five-day stage.

Clearly, it is a welcome return for National Hunt racing at the Meath venue that affords vast, expansive views of the historic county.

We are delighted to be sponsoring three races on the card: the €13,500 Bar One Racing Download The App Maiden Hurdle that will open the fixture at 1:45pm, the €15,500 baroneracing.com Sign Up Bonus Hurdle (3:30pm) and the card’s most-valuable contest, the €20,000 baroneracing.com Handicap Chase (4:40pm). The 1:45pm race could see the hurdling debut of Gordon Elliott’s Abacadabras, who is owned by Gigginstown House Stud and, in May, finished second in the Grade 1 Racing Post App Champion INH Flat Race at the Punchestown Festival and, in March, fourth in the Weatherbys Champion Bumper at the Cheltenham Festival.

Pru Dobbs’six-time Dundalk winner Carried could also make his hurdling debut in the same race, while Noel Meade can choose between Roscommon bumper winner, Kirwans Lane, former Michael Halford inmate, Pienta, who has been gelded since his last run, and bumper and flat winner, Roseriver Has.

Recent Listowel winner Antimatter is among the entries for the Meath Farm Machinery Handicap Hurdle at 2:20pm and Doctor Duffy will head the weights for the 3:30pm if he runs. He has been a good money-spinner this year for trainer Charles Byrnes, winning twice and finishing second three times from six completed starts.

A total of 39 horses have been entered for the Dun A Ri Blinds Handicap Hurdle (2:55pm), three of which are rated 100 or more. These include Michael Bowe’s recent Tramore winner, Sweet Sting, whose dam is Sweet Kiln, who was also trained by Michael and who won ten races, four of them at Navan, including the Grade 3 Monksfield Novice Hurdle in 2004, the Grade 3 Boyne Hurdle (2007) and the Grade 2 Lismullen Hurdle (2007).

Sweet Sting will be a filly to follow at Navan if she enjoys the venue even half as much as her mother. 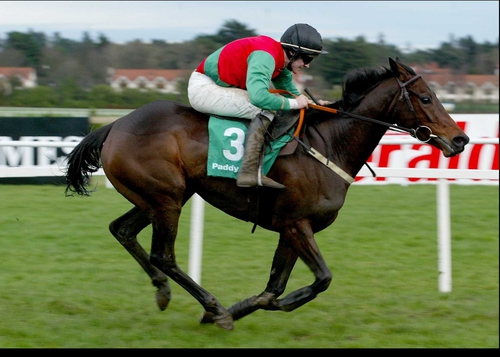 Gavin Cromwell could run Lever du Soleil, a dual hurdles winner that won four times on the flat in Scotland and England in July, while Noel Meade can choose between bumper and hurdle winner The Caddy Rose and Cherokee Bill, who has already been placed in chases.

Should they stand their ground, the top two in the weights at 4:40pm will be course winner Icantsay, who is trained by John Patrick Ryan, and Henry de Bromhead’s Megalomaniac, who has won three of his last four races and ran well at the Galway Festival in the one he didn’t win. In the Navan Racecourse (Pro/Am) Flat Race that closes the card at 5:15pm, Gordon Elliott could run Shaws Bridge, a recent addition to the stable, who is a full-brother to Malone Road, also trained by Gordon, who went unbeaten in just three runs in 2018 – a point-to-point and two bumpers.

It all adds up to a promising way to start the National season at Navan. 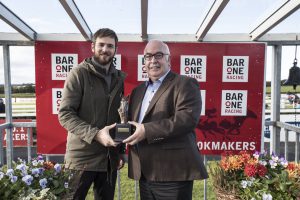