BarOneRacing.com‘s League of Ireland tipster Kieran Burke has been in cracking form of late with a 15/1 correct score prediction for the league cup final and multiple minor victories of late also.

The “T word” is on everybody’s lips at the moment after Dundalk followed up their league cup success by clinching a 5th league title in 6 seasons at Oriel Park on Monday night. A thrilling 3-2 victory over their title rivals Shamrock Rovers was a fitting way for the “Lilywhites” to not only retain their title but also see manager Vinny Perth claim his first Premier Division crown having filled the boots of Stephen Kenny in the off-season.

After 29 games unbeaten domestically, Dundalk are now just two wins away from securing their first ever treble and only the second ever in the League of Ireland with Derry City achieving the feat thirty-years-ago.

Sligo Rovers are all the stands in the Town’s way of a 5th Aviva Stadium final in a row while old foes Bohemians and Shamrock Rovers collide on Friday night in the biggest Dublin derby for decades. 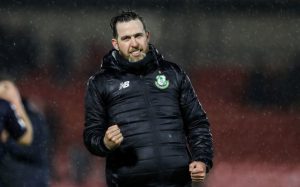 Just when it appeared as if Shamrock Rovers had finally got the derby day monkey off their back by defeating Bohemians for the first time in two-years thanks to Graham Burke’s winner in a 1-0 home win on the 30th August, the “Hoops” arrive at their rivals home knowing another derby defeat will spell the end of their campaign, having lost out in the league title race to Dundalk.

While Rovers finally ended the dreaded derby day curse at the ninth attempt recently, that win did come at home and Stephen Bradley’s charges will have to prove they can do it where and when it matters on Friday night if they are to have any hope of ending the season with silverware.

Bohemians haven’t won a major trophy since the now defunct Setanta Sports Cup back in 2010 and just like their city rivals this is the “Gypsies” final hope of silverware for 2019.

In the league, Bohemians are stuttering of late with no win in their last 3 and the race for Europe now well and truly on with Derry City and St.Pat’s breathing down the “Gypsies” necks.

As for the “Hoops”, Rovers arrive to Dalymount without a win in two after a disappointing home draw with St.Pat’s prior to Monday’s fatal defeat to Dundalk.

Both of these sides survived major scares in the earlier rounds of the FAI Cup with Bohemians coming through on penalties against Longford while Shamrock Rovers left it late to complete a 2-1 comeback win away to Galway.

Both of these sides have struggled to find their early season form of late but even in defeat there was plenty of praise for Shamrock Rovers style of play and application against a very good Dundalk side on Monday night.

In the likes of Brandon Kavanagh, Jack Byrne & Ronan Finn, the Tallaght outfit can out posses any side in this league (and European opposition as proved this year) while Aaron Greene will take heart from his finish against Dundalk’s Gary Rogers at Oriel Park.

Injuries to the likes of Dinny Corcoran have left Keith Long’s Bohs looking a little bit threadbare in recent weeks and while the fighting spirit of this young Bohemians outfit can never be questioned, will that be enough to carry the Gypsies through and into a cup final? My instinct is no.

This should be an extremely hard fought affair and while Shamrock Rovers are slight favorites that is almost always the case for this derby. My feeling is Rovers will be the side to reach the final but it might take a replay to settle matters so the recommendation is a draw at 23/10.

If you are of the Green and White persuasion or you simply feel Rovers will have too much for Bohs on this occasion then I’d recommend Rovers to win and under 3.5 at 13/5 or Rovers and under 4.5 at Eve’s as the best value bets. 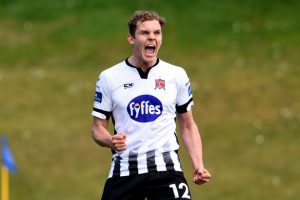 Georgie Kelly is just one of several high class options Vinny Perth can call from his bench.

Dundalk have won 25 of 32 league matches so far this term, they’ve wrapped the title up with no less than 4 games to spare and they’ve only lost twice all season in the Premier Division……One of those defeats was here at the Showgrounds against a totally deserving Sligo Rovers side and that has to be the message Liam Buckley deliveries his players before kick-off at a sold out Showgrounds on Sunday.

Despite reaching the last 4 FAI Cup finals ( All 4 games v Cork City, winning 2), it is in fact Sligo Rovers who are the competitions most prolific side of the decade lifting the historic trophy in 2010, 2011 & 2013.

Sligo Rovers have strung 3 wins in a row together in all competitions and if you take out the 0-2 defeat to Dundalk at Oriel Park on September 2nd then Sligo would have won their last 5 matches running.

Dundalk are unbeaten in 29 matches domestically and have already secured a league and league cup double at minimum this season.

Sligo Rovers are on an excellent run of form and despite a mixed start to life at the Showgrounds, credit must go to Liam Buckley for steadying the ship after a few close brushes with the relegation zone in recent campaigns under other managers.

As a result, expect the “Bit O’Red”, who will be backed by a bumper crowd, to leave everything on the pitch in what is their final meaningful game of the year should they not proceed to the final.

However, with the likes of Daniel Kelly, Georgie Kelly and Sean Murray just a few of the rotation options Vinny Perth can call upon should he feel the need to inject some fresh legs into his Dundalk side after a grueling few weeks, you simply can not bet against Dundalk reaching a 5th consecutive FAI Cup final…..This truly is one of the most dominant sides Irish football has ever seen!