With the major shake-up in the golfing calendar taking effect this year, we now see the European Tour’s flagship event taking place in the month of September. The changes have been given mixed reviews with players claiming that there is too much golf being played around the keys months.

I believe that the change will benefit this event, with the PGA Tour Playoffs complete, the majority of the big European names have had a nice break to prepare themselves for the end of the European Tour.

This will easily be best field the European Tour will have all year, including big names like Rory McIlroy, Jon Rahm, Justin Rose & Tommy Fleetwood. A few interesting entries come in the form of tournament debutants Patrick Reed, Tony Finau and the young Norwegian star, Viktor Hovland. As always, a big tournament brings big each way value with Bar One Racing and you can get paid out on 8 Places this week. I have picked out three players with possible big each way value. 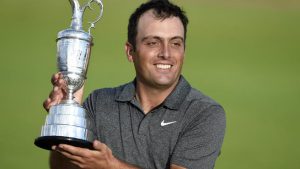 The Italian was last year’s winner.

Molinari enjoyed a quite incredible year in 2018 with the highlight of his year coming with his maiden major victory at the British Open. The brilliance of the 2018 season seemed like it was continuing through to 2019 when he picked up an impressive win at Bay Hill winning the Arnold Palmer Invitational in March.

Molinari then came to Augusta for the Masters tournament and after 54 holes he looked like he was going to pick up his second major in the space of months but heading into water on the Par 3 12th cost him his chance to pick up the famous green jacket and gave a certain Tiger Woods his 15th Major.

"I have beautiful memories here"

Molinari has struggled ever since the Masters but he has enjoyed a nice break and is incredibly making his 1st appearance on the European Tour this week and comes into the event as the defending champion of the event. Wentworth has always been a demanding course, where you need to be consistent with hitting greens and constantly giving yourself opportunities for birdies. Molinari’s strength has always been his ultra consistent Iron play. He is always consistent in grinding out a good round by hitting fairways and greens.

Coming into this week, there is no one with better course form than the Italian with a victory here last year and amassing six Top 10’s here in seven years. I think the 25/1 is justified considering Molinari’s form this year but Molinari enjoyed a very good finish to his year last year around September and I think you could enjoy great each way value by backing the Italian this week. 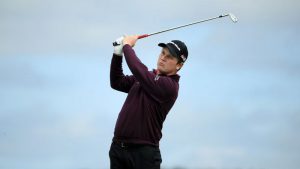 The young Scot has really been pushing for rookie of the year on the European Tour this year with an impressive start to his career on tour. He recently enjoyed a very good run at the Porche European Open, holding the 36 hole lead. He was close to winning his first event on the main tour but only for Paul Casey to pip him on the final day by one shot.

MacIntrye has made his major debut this year at The Open in Royal Portush, finishing T6th for the event. His final round performance was admired by many shooting -3 on day where majority of the world’s best were shooting well into the 80’sfor their round.

MacIntyre makes his BMW PGA Championship debut this week but I don’t think that will faze him, if anything he will come into this event under the radar. Majority of the Scots key stats for the year are well above the Tours average for the year such as Greens in Regulation, SG on field – Approach To Green and Scrambling, stats that are all key to playing well around the Wentworth trek. One thing that might be lacking in MacIntyre’s game is a hot putter and if he can get it going this week, he could make a mockery of his big price this week. 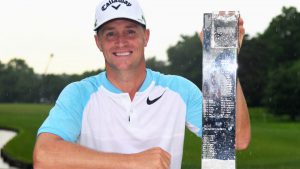 There are a lot of similarities in Alex Noren and Molinari. Noren has struggled this year on tour but has great pedigree around Wentworth over recent years. The Swede has been a prolific winner on the European Tour the past few seasons, winning the event in 2017.

Noren has been in the Top 10 three out of the last four years of the event and again similar to Molinari, he is coming off a good break from competitive play. Even having a poor season, Noren’s stroke average for the year is still above the tour average, which suggests Noren’s play has still been fairly good and maybe just lacking a score in the low 60’s that seems to be needed to win.

Again with the 8 places available in the BMW PGA Championship at Bar One Racing, you can really get each way value from the Swede. Noren is always capable of winning on Tour any week and back on a course and country that he has had plenty of success in recent years, anything is possible.