Alan Marron had a good return on day 1 of the Ebor festival at York.

LIBERTY BEACH was very impressive last time out at Goodwood in the Molecomb and it will take a good filly here to lower her colors. She waited on the gap last time out and once it opened she stormed through it and won nicely. She is on a three timer here and with the prospect of the ground being on the slow side with the prospect of rain it will be disappointing if she gets beaten.

MUMS TIPPLE looked a very strong and athletic two year old when successful on debut and carries top weight here. The form of his last race has a nice look to it with the fourth and fifth going on to win since. He traveled extremely well on his debut and like a typical Richard Hannon juvenile he galloped all the way to the line. He may have only won by a neck but looked like he would improve a ton from the run. Richard Hannon has a very strong record over the years with his juveniles and this looks to have a strong chance to improve here. 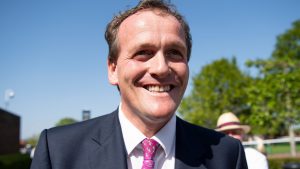 Richard Hannon may be in line for a good day 2 at York according to Alan Marron.

QAYSAR went into the notebook when he finished second behind the Roger Varian trained Moraawed at Sandown back on the 24th July. He got outbattled and I thought a set of blinkers would be what he would need. He duly proved me wrong by winning his next two races and looks like a horse that has really turned a corner and could land a decent pot here and give the Hannon team a quick double. He has gone up 10lb in the ratings which brings him strongly into contention here as a horse on the up. He was impressive at Newbury and then battled well at Newmarket to hold on by a neck. Solid each way chance here.

From a betting perspective this race is very hard to weighy up, Enable is a wonder filly and will be very very hard to beat. With only four runners it is very hard to take her on. I would have a very small play on the forecast with Enable to beat South Sea Pearl and Lah Ti Dar. You wont get rich doing that but it is a race to watch and admire how good Enable is. She will be a short price for a repeat victory in the Arc should she win here.

If you are looking for a winner of a Listed Race in York you wouldn’t necessarily look for a filly who broke her maiden in Dundalk but this looks the way forward here. Having said that subsequent Classic winners Qualify, Seventh Heaven and the brilliant Winter all won maidens at Dundalk, so it may not be such an unlikely proposition after all!

FROSTY, who is a full-sister to Winter, returned off an absence to run a very eye-catching race behind Goddess and ran on into a never threatening fourth from the back of the field. That run is sure to have brought her back to peak fitness and she could be a fly in the ointment here and cause a small surprise.  She won very nicely on her debut at Dundalk and if she returns to that sort of form she should be competitive here.

CRAFTY MADAM looks on a very tempting mark for the team of Billy Lee and Ken Condon. Formerly trained by Clive Cox she looks a transformed mare now with her new yard. Niall Mc Cullagh gave her a very good ride to win at the Curragh and she looked to win with a bit in hand. She was unlucky not to win last time and the long home straight could be to her advantage here. She has previously run over the course where she finished sixth back in May 2018. Solid each way value here.