Will Reilly previews West Ham v Man City (Sat, 12:30pm, live on BT Sport 1), a game that will see the league champions get their season under way

It’s the first Saturday 12:30pm match of the new Premier League season and it see champions Man City travel to the East End of London for the lunchtime clash with West Ham.

No away-day blues for City

Manchester City are now the dominant force in English football. They have now won four of the last eight Premier League titles, including the last two.

Just for good measure, City also won the League Cup and FA Cup last season and became only the eighth club in England to achieve the League and FA Cup ‘Double’.

Even though head coach Pep Guardiola has had vast amounts of money at his disposal, money buys you players, it doesn’t automatically buy a team capable of success.

In Spain, Germany and now England, Pep has moulded teams to his own style and vision and recorded league title wins. He is firmly established as one of the game’s all-time great coaches.

The icing on the cake for him would be Champions League success. First things first, and City start the season as short-priced favourites to make it three Premier League titles in a row.

His big-money summer signings have been midfielder Rodri (£62.5million from Atletico Madrid) and right-back João Cancelo (£60million from Juventus, with Danilo, valued at £34million, going the other way). Also, goalkeeper Zack Steffen has been signed from Columbus Crew and left-back Angeliño from PSV Eindhoven.

Former City boss Manuel Pellegrini had an up-and-down time in his first season at the Hammers helm and the summer got off to a bad start when star striker Marko Arnautovic forced through a move to China.

Arnautovic has been replaced by Sébastien Haller (£36million from Eintracht Frankfurt), while their other big-money signing has been attacking-midfielder Pablo Fornals (£25million from Villareal) and striker Albian Ajeti has joined them from FC Basel.

As mentioned above, City have won four of the last six Premier League titles and are now looking for a third in a row. In the last two seasons they have dropped just 30 points in the league. They lost just two of their last 31 games in all competitions last season (drawing one) and won their last 14 league matches.

West Ham ended last season by winning their last three league games, scoring eight goals in the process. Their form was patchy last season but they ended the campaign in tenth place with 52 points and will be disappointed if they cannot build on that this time around. 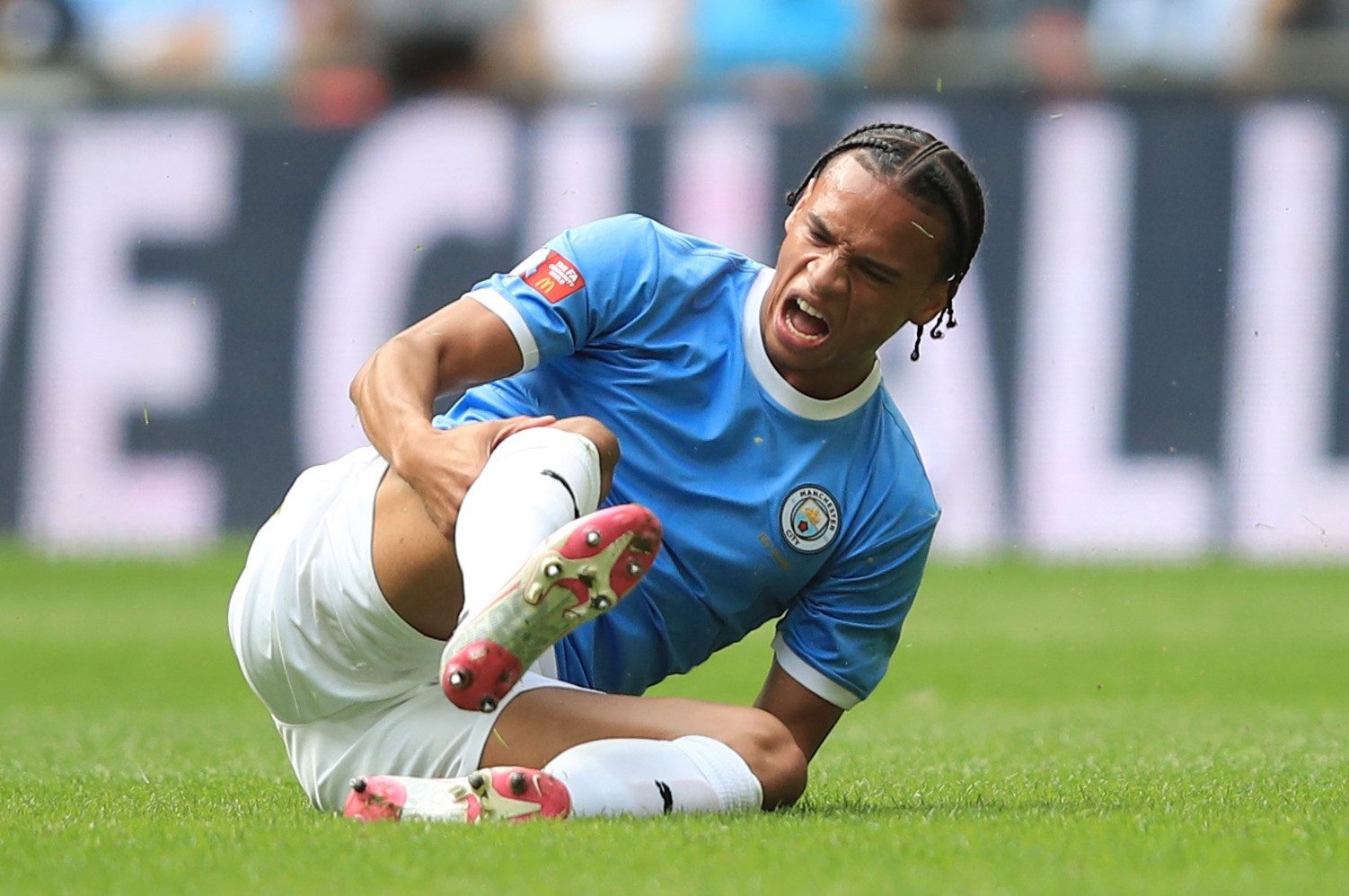 Sadly, Leroy Sané may be out for a while owing to a knee injury

West Ham United have an almost-full squad available, with goalkeeper Lukasz Fabianski fit again, while Jack Wilshere and Winston Reid are both reported to be available.

However, captain Mark Noble is still out with a dead-leg/muscle injury.

For the first half of the FA Community Shield match against Liverpool last Sunday, City were a joy to watch – fluent, incisive, dominant. Liverpool then dominated the second-half, but by then enough had been seen to realise that City are going to land running in the season, which is bad news for West Ham.

Man City to win (1/4) is an obvious call, not least because the London Stadium is not yet an intimidating home ground in the way that Upton Park was.

A suggested score is 3-1 and Sergio Agüero to score the first goal (3/1) are recommended. Also, he is (4/5) to score at anytime in the match.