The highest-profile fixture of the opening weekend in the new Premier League sees Manchester United welcome Chelsea to Old Trafford for the 4.30pm kick off on Super Sunday. Two of the now ‘big 6’ go head to head with the opposing managers providing an interesting sub-plot to the main event.

Ole Gunnar Solskjaer will be desperate to get off to a solid start in his first full season in charge, whilst Chelsea legend Frank Lampard will be hoping for a repeat of his only previous visit to Old Trafford as a manager – his Derby side prevailing in last seasons League Cup; albeit after a penalty shootout.

Ahead of the United V Chelsea game at Old Trafford on Sunday, Matthew Kernaghan has penned his thoughts on the big game for us. KO 4:30pm

When the fixtures were released there is little doubt that fans of both clubs would have been hoping for an easier opener. However, a tough test for both on day one represents an early chance to see how Ole Gunnar Solskjaer‘s revamped Man Utd squad and Frank Lampard’s ‘Hazard-less’ Chelsea may fare over the course of 38 matches.

United have spent in excess of £140 Million with Harry Maguire being confirmed as the third arrival on Monday, following Aaron Wan-Bissaka & Daniel James through the door at Old Trafford. This undoubtedly represents an improvement in defence for Utd, although whether the touted £80 million price tag is value for money remains open for debate.

Chelsea meanwhile have bolstered their options with the American winger Christian Pulisic and with Mateo Kovačić making his loan deal permanent. However, the departure of Eden Hazard to Real Madrid leaves them in a weaker position as a whole. How do you go about replacing one of the most exciting and dynamic players of modern times?

Do Chelsea retain a player capable of changing a game on his own in the way that Hazard so often did? No is the short answer. 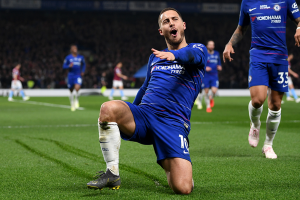 Hazard can not be replaced according to Matthew Kernaghan.

United appear to have a reasonable clean bill of health with only Eric Bailly certain to miss out through injury. Paul Pogba missed the final pre-season friendly against AC Milan with a ‘back-spasm’. I’d expect him to start come Sunday.

Chelsea have a few more issues to contend with. N’Golo Kanté only returned from injury in pre-season on August 3rd and Lampard is still unsure if he will be fit in time. Willian picked up a knee injury whilst representing Brazil in the Copa America and has yet to feature in pre-season. He is, however, expected to be available. Callum Hudson-Odoi & Ruben Loftus-Cheek are both carrying Achilles injuries and neither are expected to feature.

It seems ridiculous to suggest that the first game of the season could have a significant bearing on each teams season but this one has that feeling about it. United face a tricky trip to Wolves whilst Chelsea will welcome a much-respected Brendan Rodgers’ Leicester to the Bridge for Gameweek 2. Failure to start well here could see either of these teams lagging behind the pace early on.

So, can we expect an open attacking game with both sets of players determined to lay down a marker? I hope so, but I don’t think that will be the case. I expect this one to be decided by the odd goal, if we see a decisive strike at all. If ever a game looked all over a draw, this is it, although only eight of the 20 league meetings between these sides at Old Trafford have ended as a stalemate (and seven of the last 20 in all competitions, home and away). 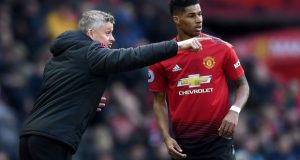 Rashford looks set to play through the middle for the Red Devils this season.

Of the last 4 meetings between the two at Old Trafford, only one was decided by more than one goal. The correct score of 1-1 @ 5/1 is advised. In the player markets, Marcus Rashford to get the Utd goal (anytime goalscorer) at 17/10 seems the best bet as he will be deployed centrally in attack.