Man Utd fans were understandably not best pleased when Liverpool fan Declan O’Hare (see earlier Fans’ Views piece on this blog) posted his thoughts on the season ahead, which included some digs at the red half of Manchester. It was only right that Man Utd fans were given a chance to respond. Here are the thoughts of die-hard supporter Jordan Mackin…
Liverpool fans are at it again. After successive European final defeats, they finally managed to get their heads in front last season in the Champions League final.
Fair play to them for that but, let’s face it, Barcelona all-but threw the semi-final second leg at Anfield, and as for Tottenham, they seem happy to make top-4 in the league these days and celebrated their semi-final victory over Ajax like they’d actually won the trophy. And, of course, as they showed in 2016, they are one of very few teams that can finish third in a two-horse race!
Nothing against Tottenham, though, and they should now be maturing into a side that challenges for honours. However, Mauricio Pochettino‘s odd recent comments about the level of his involvement in buying players and Christian Eriksen‘s possible move to United should set alarm bells ringing for Spurs supporters (See Kieran Burke’s Tottenham season preview here)

Markets for Man Utd v Chelsea can be found here

By contrast, United will be stronger this season, as evidenced by the signing of Harry Maguire and Aaron Wan-Bissaka. No doubt about it, Ole Gunnar Solskjær’s side is taking shape.
Jürgen Klopp has also been complaining. The season starts too early; we haven’t had enough time off; too many games…The dizzy heights associated with playing at the top level. Talking of heights, when Liverpool topped the table before Christmas last year – a five-point lead, no less – they showed that they couldn’t handle it and dropped away as Man City clinched back-to-back titles. Vertigo is not a good quality in teams with title aspirations.
City will be in the mix this year but will be weakened if Leroy Sané leaves. Keeping Fernadinho fit will be crucial but, as seen with their best player of two years ago, Kevin de Bruyne, it can be difficult to achieve. 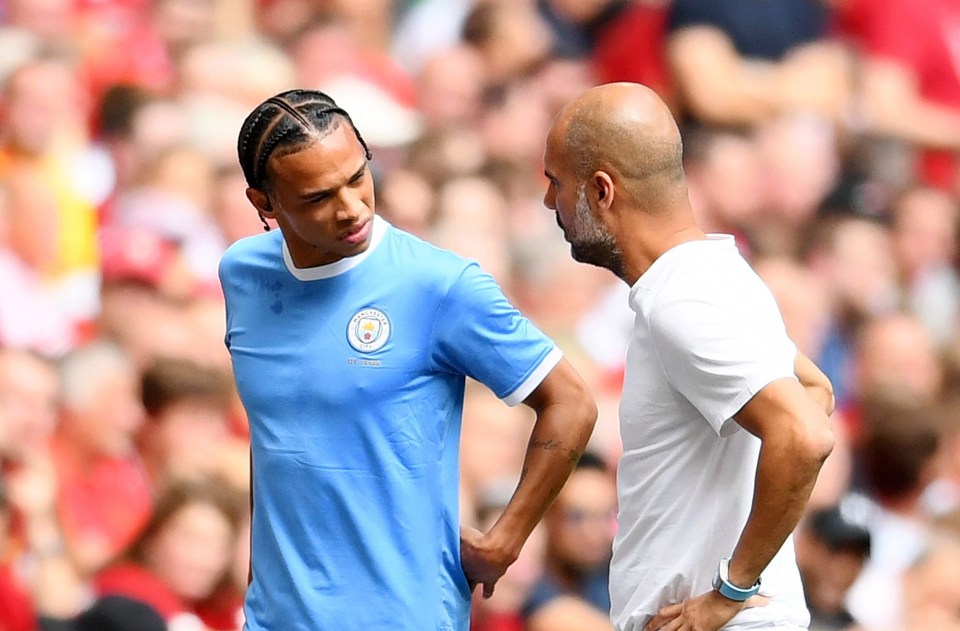 Will Leroy Sané be staying at Man City?

So, with City weaker, Liverpool relying on the same side (woe betide them if Van Dijk gets injured), Chelsea weaker through the loss of Hazard – and they are in a state of transition, anyway – and Arsenal still failing to resolve their obvious defensive weaknesses, we return to United.
One thing you can say this year is that they will be stronger at a time when others look vulnerable, particularly if they sign Eriksen, They had a manager-driven disaster of a first half of the season last time around and Ole has moved decisively in the summer – and without being critical in public of his players. He has even assimilated Paul Pogba – a multiple title winner in Italy and a World Cup winner, if you recall – back into the group. In fact, he’s doing exactly what he did well as a player: weighing things up from the bench and then positively impacting upon games when called upon to do so.
Sir Alex Ferguson has often remarked on his sharp tactical mind as a player, and Ole has, commendably, re-established a strong team ethic and a pride in playing for United, who are still arguably the biggest club side in world football. They will unquestionably be stronger this year and are ready to surprise a few people along the way.
That includes Liverpool, whose last title victory came the same year a certain Norwegian made his professional debut. Three decades on and the annual delusion of ‘This is our year!’ can still be heard from the red half of Merseyside.
It’ll be another landmark year for Liverpool – 30 years without a title! You had your chance, Liverpool.
Meanwhile, United will emerge this season from a comparatively temporary sabbatical, starting with an opening-weekend win against Chelsea and their leaky, obliging defence. United at 6/5 is a gimme. Let the good times roll again.