The fantastic and unique seven-day Galway Festival gets under way on Monday July 29th.

The meeting is previewed here by Alan Marron, our resident racing expert, who produced a huge profit at the Punchestown Festival, came up with a 25/1 Royal Ascot success and, at Newmarket’s July Festival, had winners returned at 25/1, 11/1 and 7/1 on the opening day.

Here are his thoughts for day one of Galway:

Check out our day one (Monday ) Galway prices here

Check out our other racing markets here

RASIYM went into many notebooks when he began his life over obstacles at Roscommon. He was impeded numerous times by a loose horse that day and ran on well to finish third, only beaten by six lengths.

Edward O’Grady then stepped him up to 2m 4f next time out at Tipperary and he duly obliged very easily. He drops back in trip here, but the way he travels in his races I can’t really see it being an issue.

He has a little bit to find on form but I would expect him to go close here based on his flat form alone.

LINGER is a very interesting runner for Joseph O Brien after some very creditable runs on the flat for his new trainer after a switch from the yard of “Shark” Hanlon.

He has improved on the flat for his new yard and this race could have been the plan from the time of acquisition. His run last time out at Tipperary was a decent run behind the Willie Mullins-trained Eight & Bob. Eight & Bob is rated 127 over hurdles and Linger is rated 108 over hurdles.

Linger only got beaten four lengths on the flat so that was a run that suggests the hurdle mark for Linger might just be a little on the lenient side and something that Joseph O’Brien can take advantage of in the near future.

Check out these offers that we have for the opening day of the GALWAY FESTIVAL – With more to come throughout the week! 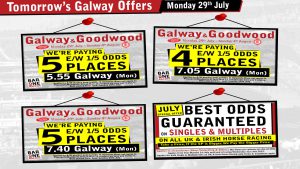 INNISFREE looks to be a different class to his rivals here on the basis of his debut run at Naas. He was last at halfway and ran on well under hands and heels to finish second behind his stablemate Year Of The Tiger.

The odds will be short here and may not be a betting proposition but the Coolmore team will be very disappointed should he get beaten.

The first of many competitive handicaps on a very busy week at Ballybrit and the small stable of Mark Michael Mc Niff could hold the key to this race with ENGLES ROCK.

The handicapper is giving him a chance on the basis of his last run at Gowran Park off a mark of 76. He remains on the same mark here and could be decent each-way value.

At last year’s Galway Festival, Engles Rock finished second to Hermosa, trained by Aidan O’Brien. Hermosa went on to win the Irish & English 1,000 Guinneas, so a run close to that mark would leave Engles Rock very hard to beat.

The feature race of the night, formerly known as the GPT Handicap, it is very competitive, as usual, with the National Hunt and flat trainers having runners.

ROYAL ILLUSION impressed me when winning under Patrick Mullins at Leopardstown on 13th June, beating the Noel Meade-trained Jerandme, and then followed up at Bellewstown when showing a turn of foot under Richard Deegan, with stablemate  Mr Adjudicator back in third.

Her run in the Ladies’ Derby at The Curragh last time out was a little bit flat, but she ran on well to get as close as she did.

The run at Bellewstown around a tight track suggests to me that WP Mullins had this race in mind for this mare and she could prove decent value. MY NAP OF DAY ONE. 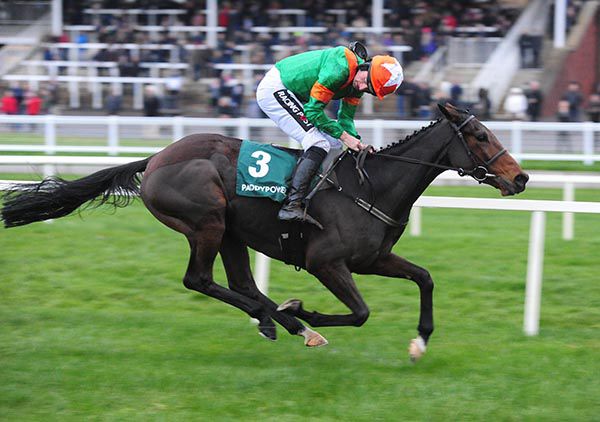 Tony Martin is a master of getting his horses ready for the Ballybrit bonaza and his runner here, DUNDORY, could be very interesting contending his first handicap and stepping up in trip.

He has run well in two of his three maidens to date and, last time out, he finished third to Mater Matuta at Balinrobe. Again  – a bit like Royal Illusion – the trainer may have wanted to get a run around a tight track with Galway in mind.

This will be his second run after a gelding operation and I think he will prove a different proposition here and could put his rivals to the sword.

Should be solid each-way value here and will be very hard to keep out of the frame.

RISK FACTOR has some classy bloodlines, being by Duke Of Marmalade out of multiple winner Refinement.

His debut was very promising and, as the Racing Post race comments suggest, there is plenty of improvement to come. “Tracked leaders in 4th, closer and almost on terms 6f out, travelled well in 2nd 3f out, ridden and came widest home turn where winner went clear, stayed on strongly inside final furlong to reduce deficit close home”.

It was a ride to give the horse an education and, with the improvement to come, he will be very hard to beat here.

A very hot bumper to end the card and it could be worth having the notebook at the ready as this race will surely produce plenty of future winners. 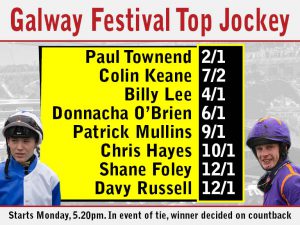 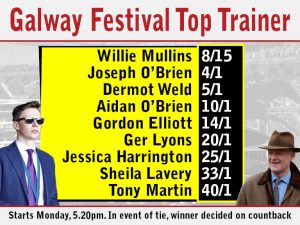