EARLY DOORS makes his debut over the larger obstacles here after being successful at Cheltenham back in March in the Martin Pipe Handicap Hurdle.

He has some very solid hurdle form when second to Apple’s Jade back at Leopardstown at Christmas. This should be a stepping stone to greater things and will be very hard to beat.

A very hot novice chase here and it could pay to have the notebook at the ready as there will be plenty of winners to come out of this race.

ROBIN DE CARLOW is a bit of a money-spinner for the Willie Mullins team and could give the Supreme Racing Club another day in the sun. They have had great days out in the last couple of months, both at Cheltenham and Punchestown, and I can see it continuing here.

Robin De Carlow was very impressive in both her chase runs to date, winning by an aggregate of 17 lengths. She gets a mares weight allowance here and she should take all the beating.

Willie Mullins has already had four winners this week at Galway (6 after winning today’s first two races, with Dandy Mag and Wicklow Brave)

The draw has proved to be key in many of the races so far this week and the low draw may prove beneficial again here.

These races can prove problematic so to see where your horse is it might be best to pick a grey horse! HONOR OAK, the winner of this race last year, looks to have a very good chance here from an inside draw.

She was able to make all the running last year and I can see her being able to dominate again this year. She is 9lb higher this year, but the way she won this race last year she could still be nicely handicapped.

She has come back off a month off with one run in July and could strip a lot fitter and go close here.

Tom Hogan, trainer of Honor Oak, who will bid to repeat her 2018 Festival win on Thursday

This race looks the ideal opportunity for CAVA to get back in the winning groove following a running on fourth behind Servalan at Naas last time out, where she was wide most of the way and challenged wide up the home straight.

That was her first run in cheek-pieces and they look to be left at home this time around.

She was second to Tappisserie at Carlisle when the pace collapsed up front and she again ran on strongly from off the pace. The filly that was third at Carlisle that day, Viadera, has gone on to win since so it should be time for Cava to frank the form and get herself off the mark for the season. 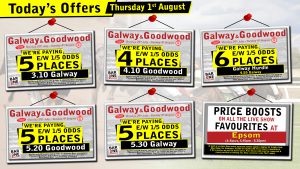 Joseph O’Brien was very sweet on the chances of ASH HILL in a recent stable tour on the attheraces website when interviewed by Kevin Blake.

“He showed a useful level of form in bumpers and I was impressed with his winning hurdling debut at Punchestown. His jumping was very good and he still looked a bit raw in front, so you’d have to be hopeful that there will be more to come from him. He’ll have entries in the Listed novice hurdle on Tuesday and the novice hurdle on Thursday. Whichever one he goes for, he should be good and competitive”.

This race is strong in terms of form and previous winners; big run expected nonetheless.

The feature race on Thursday and it is now the chance of the hurdlers to shine at their discipline.

I have been waiting on Willie Mullins to bring him back into the fold after 502 days off. SAYO has been in my notebook since his debut run for the maestro from Closutton and this would be quite a training performance to get him to be competitive here. He finished third in the Triumph Hurdle at Cheltenham back in 2018 and had some solid yardsticks behind him.

He will need to be at the top of his game here but I expect him to go close given luck in running.

LUSIS NATUREA was very impressive at Down Royal last weekend and he has the best of the draw here where he looks to follow up.

He is drawn in stall 3 and the likely second-favourite, One Cool Poet, who I selected earlier in the meeting, getting the worst of the draw in stall 18.

The mandatory 6lb penalty is all he will have to carry and is due to go up 9lb in future. Will be very hard to beat.

Derek O’Connor teams up with Charles Byrnes here with the unraced ALL THOSE YEARS and it could pay to watch the market in regards to him.

JP McManus loves nothing more than having a winner at the Galway Festival and this could be another one here.