This race is a very trappy race and it could pay to follow the horses that have had a run. The Richard Hannon trained TIRITOMBA is a very interesting runner here based on his first run. He did all his running in the final furlong after being 10th a furlong out. He finished seventh and was only beaten just over two lengths. With normal improvement he could be a totally different proposition here.

HONEST ALBERT is looking to remain unbeaten here following two very easy victories at Kempton and Nottingham. He steps up in grade here and should be very hard to beat. He has the measure of Bayroot who re-opposes here. He showed a really nice turn of foot last time out and stayed on really strongly. This track should suit him well and give the Gosden/Dettori combination another winner. 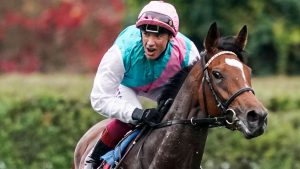 Kevin Ryan is a dab hand with getting a younger horse ready for this time of the year and his runner here JUAN ELCANO could be worth following here. He showed tenacity to get up close home in a heavy ground maiden at Haydock last time out. He is bred by Frankel and the better the ground here I think the better his chance. The second and third from that race have since won so the form has some substance to it. For me he does look the value selection here against the horses at the top of the market.

AMBASSADORIAL is a very interesting runner here for Jane Chapple-Hyam following his win last time out at Chelmsford. He recently changed stables from Michael Halford and looks to have got his form back. He has been raised 8lbs in the handicap from 95 to 103 and that will leave him 4lb higher than his mark when he was trained in Ireland. The mark of 103 is still within his grasp for me as he was well fancied for a 30k handicap earlier in his career with Michael Halford. He was very impressive on his debut and his second run and then things went slightly downhill. His improved showing at Chelmsford suggests he should be able to get his career back on track and land a decent pot. 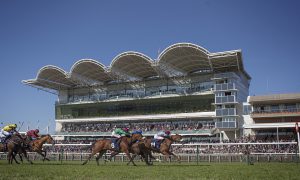 A very interesting jockey booking here is Wayne Lordan riding for William Haggas aboard the Royal owned FLAREPATH. His last run was over course and distance and he finished second behind Nonchalance after setting steady fractions up front. He raced awkwardly in the closing stages and would probably be better coming off a strong pace so he can travel into it. I would not be surprised one bit to see Wayne Lordan drop this horse in off the pace and come home with a rattle. He was four lengths clear of the third the last day and gets into the handicap here off a mark of 85. Very interesting runner.

TEN SOVEREIGNS is a very interesting runner here for the Coolmore team on the basis of his juvenile form and the fact that he finished fifth to his stablemate Magna Grecia in the 2000 Guinneas. His run in the Commonwealth Cup at Royal Ascot last time out was a very respectable one considering he was slightly impeded when making his run and ran on well to finish a solid fourth. Aidan O Brien could find the key with this horse bringing him back to the sprint trip. Solid each way value here in the feature of the day.

The jockey booking here of Richard Hughes is very interesting indeed, he has booked Frankie Dettori for his runner here HAREEQ. He drops in class here from a class two handicap to a class three. He is 7lb higher than his last win and was previously trained by Sir Michael Stoute. This doesn’t look the strongest race for the grade and the jockey booking could suggest the ambition of the trainer in relation to this race.