With just six wins (three each) from a combined 45 league outings this season, Friday night’s meeting of UCD AFC and Finn Harps is the very definition of a basement battle.

With both sides stepping up from the First Division this season (UCD as champions), it comes as little surprise to many that these two are battling it out to avoid an automatic return to the second tier for 2020.

However, given UCD’s stylish performances en route to the First Division title last season, it is perhaps a surprise to some that it is the “Students” who currently find themselves rock-bottom, especially given Finn Harps horrendous start to the 2019 campaign, in which it took the Donegal outfit an astonishing 16 games to find that winning feeling.

The summer transfer window often plays a crucial role in the eventual outcome of both titles being won and relegations being suffered or avoided, and this season it looks as if UCD are the side suffering most at the hands of the bigger clubs in the Premier Division.

Losing the key services of Neil Farrugia, Gary O’Neill and Conor Davis, to name just three, the “Students” are on a disastrous run of form presently with the club’s last win coming on April 15th against Cork City. As a result, Finn Harps four-point tally from their last two outings against Sligo Rovers (2-0) and Cork City (0-0) has given Ollie Horgan’s men a four-point cushion over the side they finished behind in the second-tier last season. 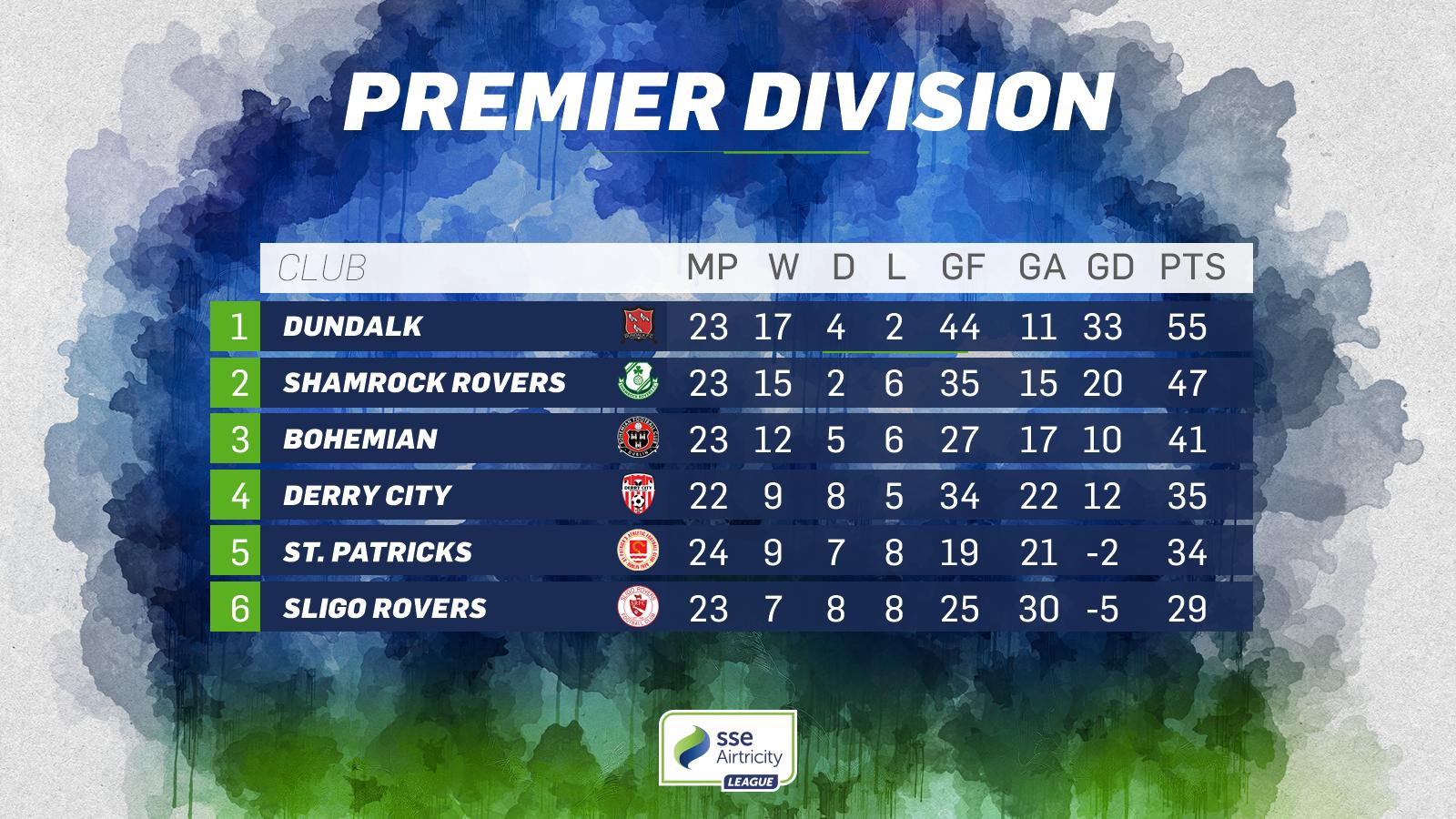 Finn Harps finally tasted success over the Students when Ollie Horgan’s men sent out a real statement of intent to their relegation rivals with a resounding 3-0 victory at Finn Park back in May. That result came off the back of an identical score-line, but in UCD’s favour in the first meeting of the 2019 season, while Collie O’Neill’s team defeated Finn Harps twice in three First Division meetings in 2018 with the other contest ended in a draw.

Has that 3-0 score-line from Ballyboffey swung the momentum in Harps’ favor?

While a lack of goal-scoring power is always a concern regarding this Finn Harps team, who have only managed to bag 20 goals in 24 league games, the loss of former Reading youth-team striker Conor Davis leaves the already-threadbare “Students” looking totally toothless up front and that is saying something given the College are the division’s lowest scorers with just 14 goals for this season.

UCD have also been leaking goals for fun in recent weeks. Monday’s 5-1 drubbing against an average Sligo Rovers team sums that up perfectly, and in Ollie Horgan’s Finn Harps you always have a threat from set-pieces, meaning the likes of Keith Cowan and Daniel O’Reilly are just as likely to pose problems in the opposition area as Finn Harps attacking players are.

All in all, it’s difficult to see past anything other than an away win, a result that could go a long way to deciding the make-up of next season’s Premier Division.

FORM: Unbeaten across six matches in all competitions, Declan Devine is doing a marvellous job upon his return to the Brandywell hot-seat this season, with the “Candystripes” only six-points off a European position at present and with a game in hand.

Monday’s dull scoreless draw away to Bohemians was a respectful result but, given the “Gypsies” part-time status, there is a feeling City may have missed a major opportunity to damage the side above them in the battle for European football next season.

Last Friday’s 4-1 hammering of Cork City at Turners Cross was a fantastic result for Derry, although the demise of the “Rebels” this season makes you wonder how good of a guide such a result is ahead of a showdown with a relentless Dundalk FC.

The “Lilywhites” were way below their best and still managed victory in last Friday’s potential title decider in Tallaght as a wonderful solo effort from full-back Sean Gannon sealed all three-points for Vinny Perth’s men, who currently sit eight ahead points ahead of Shamrock Rovers at the summit.

Scoring three goals or more in four of their last five matches, this Dundalk FC side are catching fire at just the right time for both a title and European charge as Latvian side Riga visit these shores next Wednesday in the first-leg of the Champions League qualifiers.

Dundalk won 2-0 on their first visit to Derry earlier this season and looked on-course to repeat that score-line at Oriel Park in May, only for second-half strikes from Darren Cole and Eoghan Stokes to deny the “Lilywhites” all three points in a shock result.

With that in mind, the first goal in this week’s meeting may prove crucial in the eventual outcome.

Rarely before have we seen such squad depth in a League of Ireland side and it’s no exaggeration to say that  Vinny Perth has at least two options for every position on the field at Dundalk.

With the likes of Robbie Benson and the returning Andy Boyle eager for minutes and form ahead of the upcoming Champions League tie, it is simply impossible to look past the champions for this one. 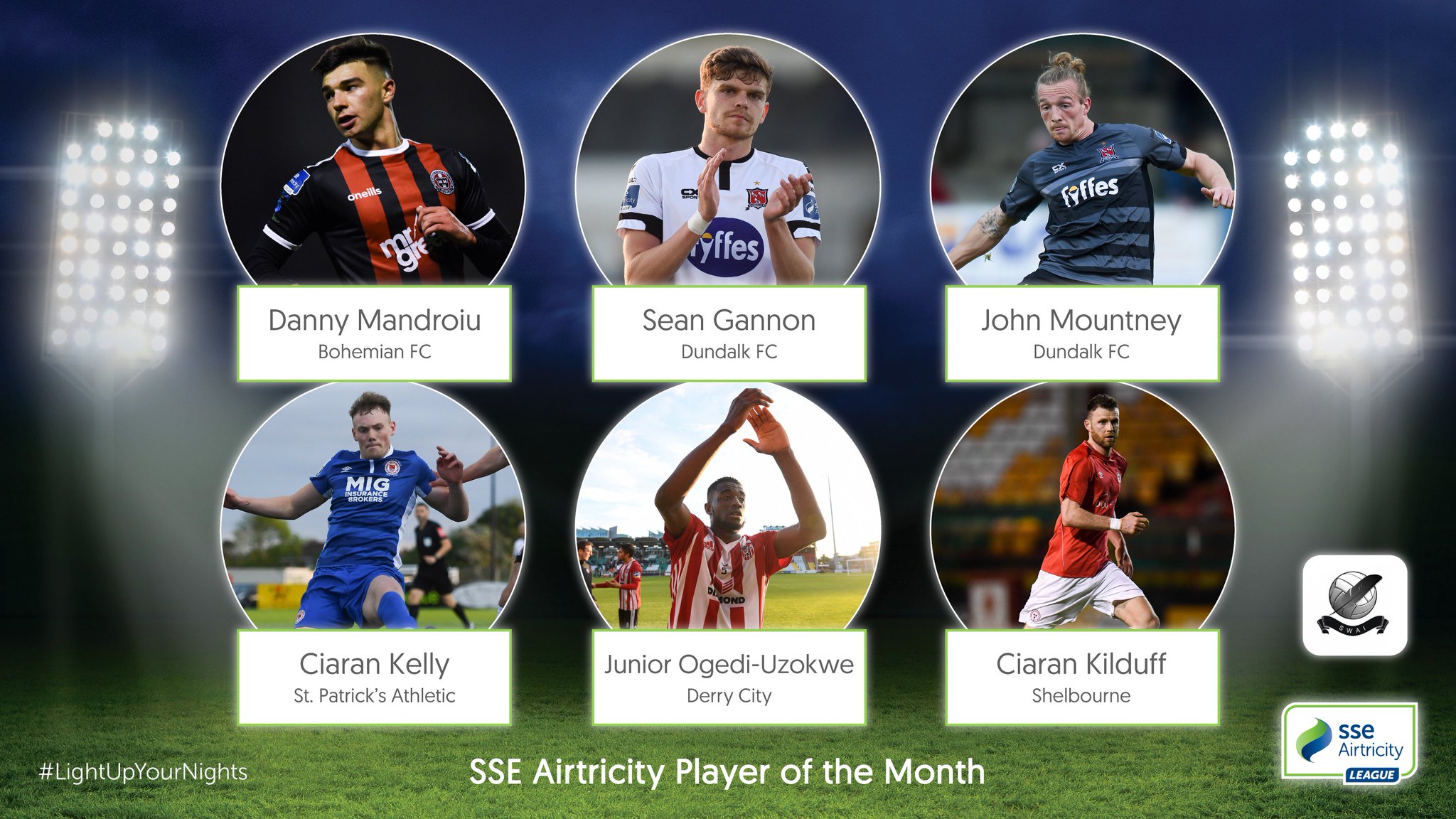 Expect fireworks at the RSC as last season’s Europa League qualifiers, Waterford FC, host the side that many “Blues” fans feel stole away their European dream, St.Patrick’s Athletic.

Having failed to satisfy UEFA licensing, Waterford FC were denied the chance to compete in this season’s Europea League qualifiers with last season’s fifth-placed “Saints” only too happy to capitalise on the “Blues” euro woes.

As a result of the European body’s decision, Waterford boss Alan Reynold’s has had to cut his cloth this season and it has shown with the Munster club currently third from bottom in the Premier Division (P20, W6, D5, L9, GD –4).

As for the club from the capital, St.Patrick’s Athletic have failed to deliver on the increase in budget as new boss Harry Kenny brought the likes of Chris Forrester, Rhys McCabe and Mikey Drennan to Inchicore in the off-season.

In saying that, the “Saints” are still well positioned for another crack at European qualification this season, currently lying just one point behind Derry City in the standings. St.Pat’s overall Premier Division record for 2019 reads: P24, W9, D7, L8, GD –2.

And it is Pat’s lack of sharpness in front of goal that has held Kenny’s charges back in recent weeks, with former Shamrock Rovers and Sligo Rovers striker, Mikey Drennan, currently enduring a major goal drought despite a sensational start to the season for the Kilkenny native.

Waterford have bossed the head to head versus St.Pat’s so far this campaign with the RSC outfit lead Pat’s 5-0 on aggregate after two league meetings in 2019.

There is sure to be a white-hot atmosphere at the RSC on Friday night as the locals seek revenge on European-bound St.Pat’s, and the Blues record on home soil is far from poor with four wins out of ten.

As for the visitors, St.Pat’s are among some of the division’s poorest performers on the road, claiming just three victories from eleven trips away from Richmond Park this season.

However, with a lack of options up front due to an injury crisis, Waterford FC are unlikely to claim all three points in what should be a fiercely-fought contest.

Winless in their last six, Cork City are among the division’s most out-of-form teams, including being hammered 4-1 at home by Derry City on Friday.

From title challengers to a team of also rans, it really has been a season of culture shock for the Turners Cross faithful.

As for Keith Long’s Bohemians, the “Gypsies” stock continues to rise as European qualification and a subsequent cash bonanza draw closer and closer with each passing result. A scoreless draw at home to Derry on Monday night kept the gap between the “Dubs” and Derry at six points.

Conor McCarthy and Dan Casey strikes were enough to settle the opening meeting of 2019 between “Bohs” and Cork City at the Cross before McCarthy repeated the feat in a 1-0 win back in May.

Keith Long’s side did manage to extract revenge by dumping City out of the EA Sports Cup ahead of this fourth competitive meeting of the season.

It really is dark times for the once-might Cork City FC and, even with the announcement of a new management team until the end of the season, it’s difficult to see how the “Rebels” can pick themselves up in time for this mammoth task against a youthful and ultra-confident Bohemians team.

FORM: With Dundalk showing no sign of letting up at the top of the table, Shamrock Rovers’ supporters must be cursing Friday’s 1-0 defeat to the champions, given the “Hoops” utter domination of the opening 45 minutes in particular. However, the lack of a proven goal-scorer has hampered the “Hoops” all season long, but with Graham Cummins now at Stephen Bradley’s disposal, will the challengers find a second wind?

Sligo Rovers come into this away trip off the back of a thumping 5-1 victory verf the failing students of UCD but face a very different caliber of opposition here.

Beaten 3-0 in the opening head to head of the year, Sligo Rovers shocked everyone with an impressive 2-1 victory at the Showgrounds in May, while Shamrock Rovers just edged last season’s fixtures with two wins, a draw and an end-of-season 2-0 defeat against the “Bit O’Red”.

As you can see above, the battle of the Rovers is always a keenly-fought contest, but with Shamrock Rovers holding the second-best home record in the league (7 wins from 11, only bettered by Dundalk’s 10 wins from 12), you would have to sway the way of the “Hoops” in this tie.