League of Ireland champions, Dundalk begin their European odyssey for 2019 with a clash against unseeded opposition from Latvia in the form of Riga FC.

Only founded five years ago, Riga FC are something of a new entity in terms of European competition, with the current club being formed through a merger of two Riga-based teams in FC Caramba Riga and Dinamo Rīga.

The current edition of the club are the reigning Latvian higher league champions, finishing four points clear of Ventspils after 20 wins from 28 league matches in 2018.

Dundalk’s European exploits of recent years need no introduction as the “Lilywhites” became only the second-ever League of Ireland club to qualify for the group stages of a major UEFA competition by reaching the group stages of the Europa League in 2016 under Stephen Kenny.

If that wasn’t enough, Dundalk would go on to become the first-ever Irish side to claim points at this stage with a win in Tallaght against Maccabi Tel Aviv as well as a memorable late equaliser in Holland against AZ Alkmaar.

Thanks to those results and minor successes against the likes of Levadia Tallinn last season, Dundalk are seeded in the opening round of this year’s Champions League qualifiers and, while Riga will be no pushovers, this is the best draw “the Town” could have asked for at the elite level.

To put it plainly, Vinny Perth’s Dundalk side have been simply sensational so far this season. Eight-points clear of nearest rivals Shamrock Rovers, who the “Lilywhites” turned over in Tallaght recently (0-1, Sean Gannon with the goal), Dundalk have recovered from a sluggish start to the campaign to reel off an astonishing 16-game unbeaten run across all competitions.

As for Wednesday’s visitor’s, Riga FC also come into this tie as table-toppers on a domestic front, leading FK Rīgas Futbola Skola by four points after 19 league outings. Interestingly, however, Riga FC have tasted defeat on five occasions this season and, as a result, one could argue that Dundalk FC are the form side ahead of this Champions League clash.

Given Dundalk’s European pedigree and the fact they are unbeaten on home soil this season, Vinny Perth and co will head into Wednesday’s UEFA Champions League first-round qualifier full of confidence and are available at 21/20 to win with under 3.5 goals scored in the 90 minutes

This European tie for Cork City has come as something of a blessing for the “Rebel Army” as last season’s League of Ireland runners-up have totally unravelled on the domestic front this year. Currently sitting as low as seventh in the Premier Division standings, Cork City have seen their legendary manager John Caulfield call time on his Turners Cross career, with no sign of an upturn in fortunes since John Cotter’s call-up to the managerial hot-seat.

Winless in their last seven games across all competitions, Cork City go into this European occasion at the Cross extremely low on confidence.

As for Thursday’s visitors to County Cork, FC Progrès will be remembered by many as the plucky underdogs from Luxembourg who famously dumped Glasgow Rangers out of this competition just two years ago.

As already mentioned, Cork City are suffering something of a crisis of confidence and have attempted to bring back some of the attacking threat that served John Caulfield so well with the return of Mark O’Sullivan from Avondale. That signing comes on the back of Graham Cummins’ loan move to Shamrock Rovers, with Joel Coustrain going in the opposite direction.

While Coustrain’s arrival should be welcomed by followers of City, the fact that John Cotter has had to call on the services of a 36-year-old non-league striker in Mark O’Sullivan is a sign of just how far back the “Rebels” have fallen this season.

As for the side from Luxembourg, Progrès look out of contention for the title domestically, trailing Dudelange by a massive 15 points. With a 50% win-rate this season from 26 games, Progrès certainly come into this tie as the more in-form side, with Cork City only tasting 8 league wins from 24 games this season.

A potential reunion with Rangers is on the cards should Progrès prevail against Cork City and, given the “Rebels” woes this season, you’d have to fancy the team from Luxembourg to claim a crucial away win here. FC Progrès to win 1-0 is advised at 6/1

It’s Scandinavian opposition for St. Pat’s in 2019, although the “Saints” latest European adventure must be viewed as something of a bonus for Harry Kenny and co with the Dublin club only taking up a Europa League placing on a technicality, with Waterford FC denied the opportunity to compete in Europe due to an issue with licensing.

As a result, St.Patrick’s Athletic have had to prepare for European action on the fly and a glamour friendly at Richmond Park against Chelsea will take place ahead of the second-leg of this contest, which takes place in Sweden on Thursday week (18th July).

In a league dominated by the powerhouses of Malmö and AIK,  IFK Norrköping have acquitted themselves well this season, winning six of their 15 league assignments. Just 10 points off the table-toppers (Malmö), IFK Norrköping are just 4 points off second-position, which is currently occupied by AIK, who narrowly defeated Shamrock Rovers in the Europa League last season.

As for St. Pat’s, despite only sitting five points outside of the top-four, it has been an underwhelming debut season for manager Harry Kenny, with the “Saints” losing 8 of 24 league outings.

Big investment was made in the playing squad at the Inchicore club in the off-season, but despite a promising start to the campaign from the likes of Chris Forrester, Rhys McCabe and Mikey Drennan, supporters have begun to air their frustrations regarding an unflattering style of play at Richmond Park this season.

With its impressive stadia, strong attendances and lucrative TV deals, the Swedish league is one League of Ireland fans hope to one day aspire to and, given St. Pat’s less-than-ideal preparation for this tie, one can only look to the Swedes as being too strong for their Irish opponents on Thursday night. 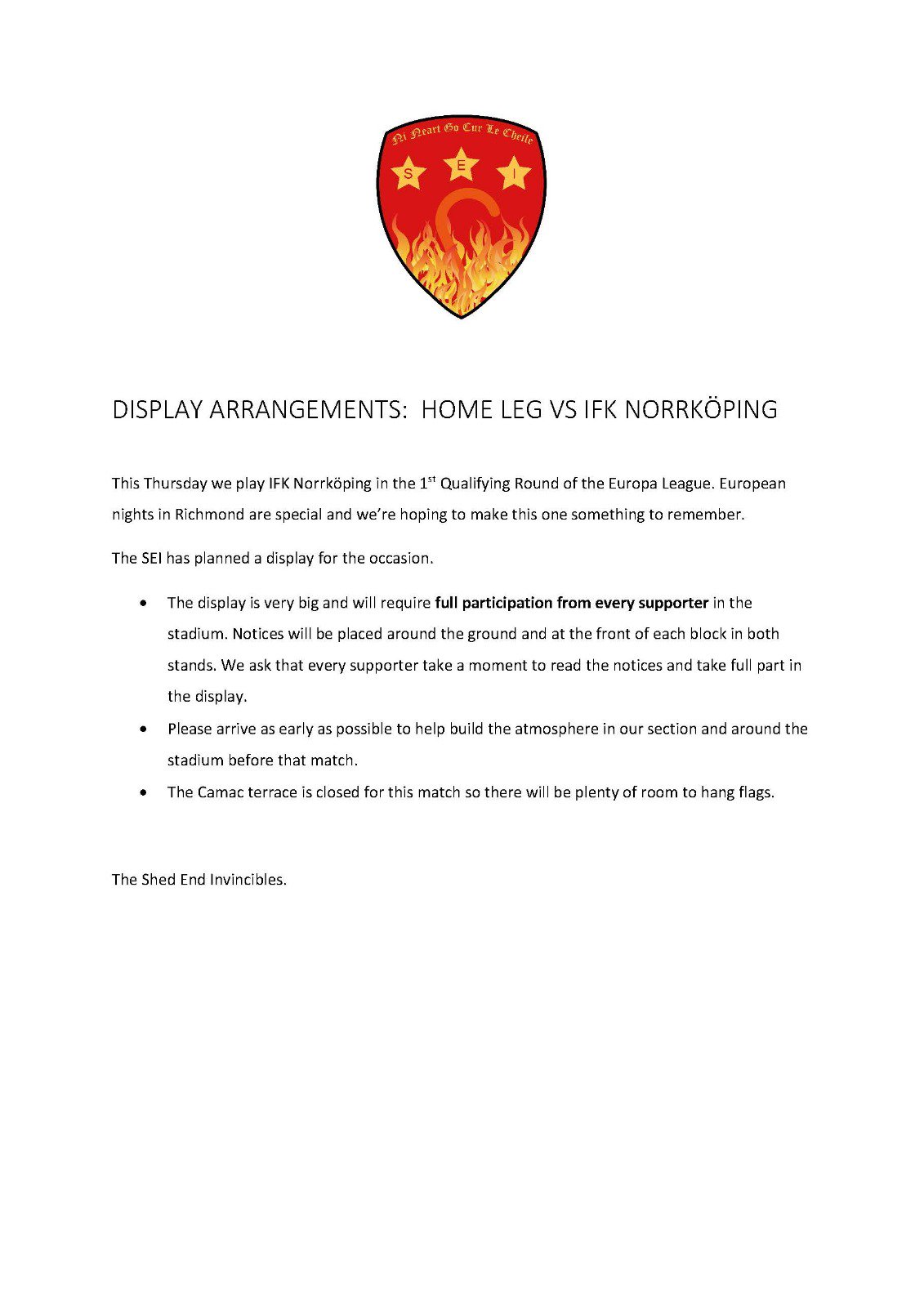 There is a feeling among some League of Ireland fans that Shamrock Rovers have never been better placed for a deep run into Europe, at least not since the heyday of Michael O’Neill and Europa League group stage qualification in 2011.

With Irish international Jack Byrne lighting up the Tallaght Stadium with some magical midfield performances this season, many pundits feel Rovers technically-proficient midfield should prove a match for even the most-experienced European opponent.

Coming from a league dominated by Rosenborg (who knocked Dundalk out of the Champions League in 2017) and Malmö (league winners in 2011,’12 & ’14), SK Brann have acquitted themselves well so far this season, winning six of 15 league matches to position themselves fifth in the table, just 3 points off second.

Looking at both clubs European history, SK Brann returned to Europe after an eight-year gap, losing 2-1 on aggregate against MFK Ružomberok of Slovakia. In a sign of the strength of Norwegian football, SK Brann faced Marseille in the Third Round of Champions League qualification in 2008-09, losing 3-1 on aggregate before missing out on penalties against Deportivo de La Coruña of La Liga in the subsequent UEFA Cup drop-down tie.

As for the “Hoops”, Stephen Bradley’s men lost out by the width of a post against AIK of Sweden last season as Aaron Greene took the paint off the post with the very last kick of the game when it looked easier to score.

Prior to that, Rovers did progress through a round of the Europa League in 2017-18 as the Tallaght club dumped Stjarnan of Iceland out of the competition (2-0 on aggregate) before bowing out against an ultra-impressive Czech opponent in the shape of Mladá Boleslav (2-5 AGG).

Out of the four League of Ireland teams involved in European ties this week, this is most definitely the toughest to call. FK Brann have proven more-than competitive in an extremely strong domestic league while Shamrock Rovers have delivered some five-star performances in the League of Ireland this season.

However, Rovers have lost some form in recent weeks, losing to Dundalk before dropping points at home to Sligo Rovers in a scoreless draw. And it is that lack of a clinical goalscorer that has hampered the “Hoops” title charge this season, although Graham Cummins has been called upon in order to try and rectify the striker situation at Tallaght Stadium.

SK Brann have been turned over twice at home this season, although those defeats came against the top two sides, while Shamrock Rovers have tasted defeat four times on the road in 2019, although is should be noted that the “Hoops” do hold the second-best away record In the League of Ireland with 8 wins from 12 matches on their travels.

Struggling for goals this season, SK Brann have only notched 17 times from 15 league outings and as a result, a draw after 90 minutes at 4/1 looks incredible value. 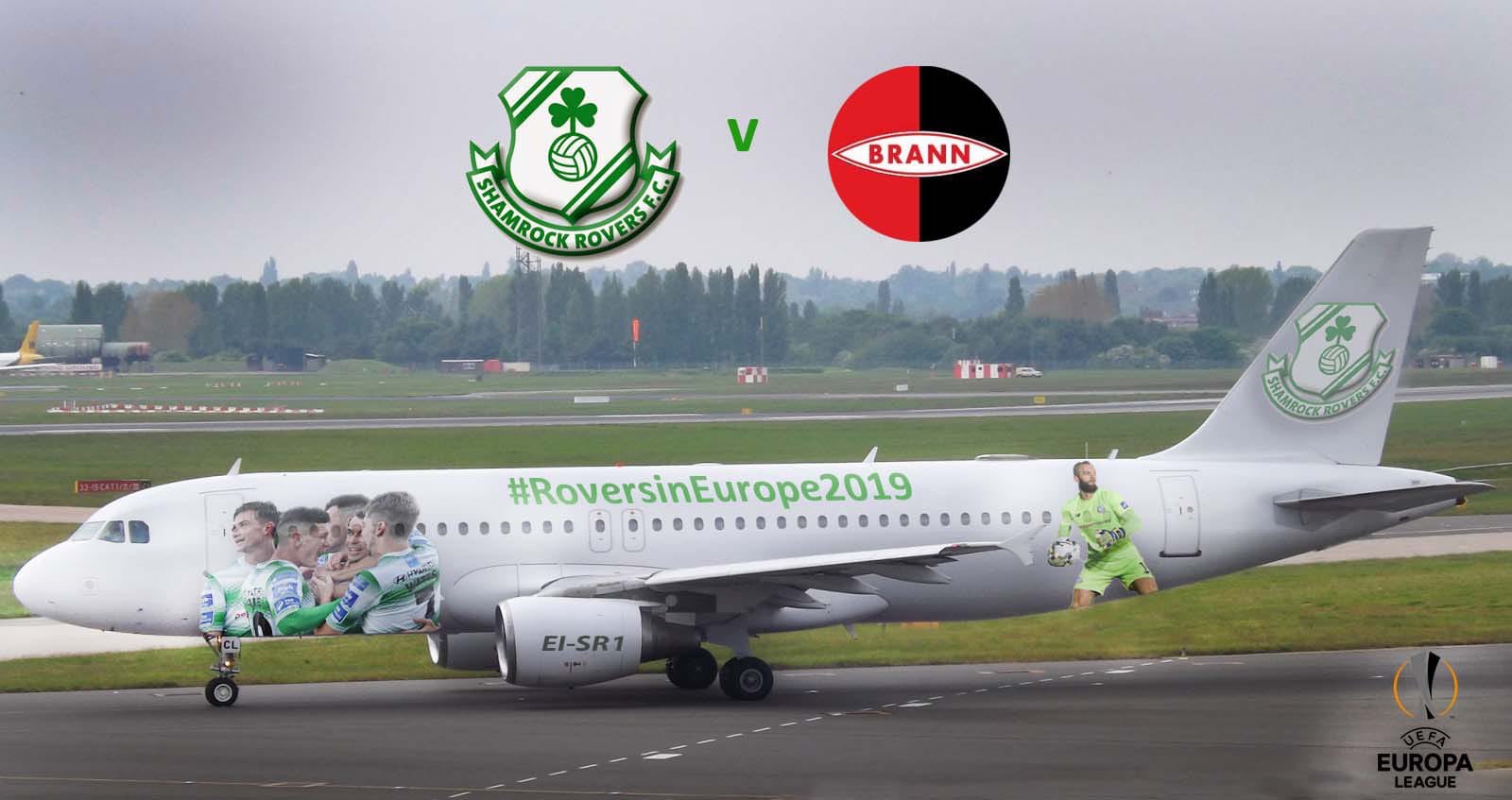