After a mixed bag of results for the League of Ireland sides in Europe last week, BarOneRacing.com‘s League of Ireland expert, Kieran Burke looks ahead to the 2nd leg matches involving Dundalk, Shamrock Rovers, Cork City and St.Patrick’s Athletic.

Expectation for League of Ireland sides competing in Europe is something of a rarity, however the levels of expectation surrounding the domestic champions Dundalk ahead of their UEFA Champions League round 1 qualifier with Riga was perhaps a factor in the “Lilywhites” below par performance in front of a packed out Oriel Park last Wednesday. Boasted by the return of former Preston North End defender, Andy Boyle ahead of this Continental clash, Dundalk looked solid at the back and never in any real danger during last weeks scoreless draw but it was in the final third where Vinny Perth and his management team will be focusing their attentions in training as the County Louth side failed to trouble the Latvian’s goalkeeper, despite bossing the possession stakes.

As for the home side this week, FC Riga clearly did their homework well as the Latvian champions managed to squeeze the likes of Michael Duffy and Pat Hoban to the periphery of the game at Oriel Park but question marks remain regarding the Latvian sides ability to hurt Dundalk in an attacking sense. Speaking ahead of boarding the team flight from Dublin airport yesterday (Monday), Dundalk head coach, Vinny Perth seemed to suggest Riga’s style of play in Oriel was not a rare occurrence and the Latvian’s would approach their home tie in the same manner.

If that indeed does prove to be the case, Dundalk posses more than enough quality all over the park to get through this opening round in Europe’s elite club competition and with it secure a major cash windfall for the Carrickmacross Road outfit.

Given Riga’s rigid style of play and Dundalk’s woes in front of goal last time out, this is unlikely to be an attacking free-for-all, especially with such high stakes on the line. As a result, a 0-1 correct scoreline in favor of Dundalk looks tempting at 7/1. 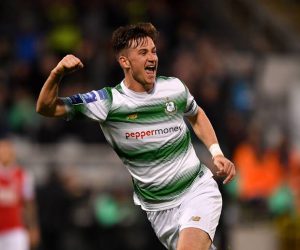 Finn is no stranger to European runs having reached the Europa League group stages with Dundalk in 2016.

Shamrock Rovers flew the flag for the League of Ireland in the Europa League last Thursday as St.Patrick’s Athletic and Cork City fell to disastrous results on home soil in their respective continental clashes. While those who are not regular followers of the national league in Ireland may have been surprised by the “Hoops” impressive result and performance in Norway last week, those who have attended the Tallaght Stadium on a regular basis were confident of Rovers chances in Europe this season. (Correct draw prediction in last weeks preview piece at 4/1)

With the likes of Jack Byrne, Ronan Finn, Dylan Watts and Aaron McEneff all available as midfield options to Stephen Bradley, the Tallaght based outfit have some of the most technically proficient players in Ireland on their books at present. Such qualities and attributes are incredibly important for any side looking to sustain a run in Europe and if the Dubliners can see the job through against SK Brann the sides confidence will only continue to grow.

Brann were booed off by disgruntled home supporters last week and will be stepping into a cauldron of noise at the Tallaght Stadium on Thursday, a venue where Shamrock Rovers have claimed 24 points from 12 league games, only losing to Bohemians and Dundalk this season in Tallaght.

Rovers have done the hard part with their 2-2 draw in Norway and given their record in the Tallaght Stadium, the “Hoops” should go into this second leg full of confidence, especially after their superb performance last week when the League of Ireland club were the better side over the 90 minutes. As a result, Shamrock Rovers to qualify at 4/7 is worthy of being included in your next accumulator with BarOneRacing.com 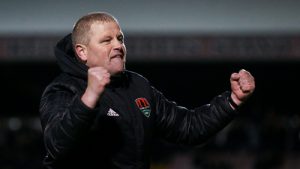 John Cotter has failed to deliver a bounce since replacing John Caulfield.

Last Thursday’s defeat at Turners Cross to Luxembourg opposition was the latest and perhaps most damning sign yet as to the demise of Cork City this season. John Caulfield’s resignation and the appointment of John Cotter as head coach in a new management team has failed to deliver any sort of bounce or kick from the “Rebel Army”, who were easily turned over by Progés in the opening leg of this tie.

Having only scored 19 goals in 24 league matches this season, the recent addition of a thirty-six-year-old non-league striker in Mark O’Sullivan is another indication as to the struggles Cork City are facing this term. No longer can City call on the magic of the Kieran Sadlier and Seani Maguire’s of this world and it’s showing.

Progrés turned over the mighty Glasgow Rangers in this competition just two-years ago and are on course for a reunion with Steven Gerrard’s charges, who await the winners of this tie after a 4-0 first leg victory over Gibraltar’s St.Joseph’s last Tuesday.

It will take a miracle for Cork City to arrange a glamour and money spinning showdown with Rangers in round two, more likely is another Progés victory over the “Rebel Army”, who have shown little or no fight in 2019.

Given the circumstances of St.Pat’s qualification for this seasons Europa League (see last weeks preview for more details) the “Saints” were always likely to find themselves swimming against the tide in this competition and that’s exactly what happened as Swedish opposition came to Richmond Park last Thursday. With two away goals in the bag and a clean sheet to boot, Norrkoping will be confident of finishing this tie off in style when the Dublin based club travel to Sweden on Thursday for the second leg.

Despite some impressive away showings in Europe down the years (most notably a 1-1 draw away to Legia Warsaw in 2014), this St.Pat’s team have failed to show any real substance in their domestic performances under Harry Kenny and it’s almost impossible to envisage a “Saints” comeback here.

a €10 stake on DUNDALK, NORRKOPING & PROGÉS offers potential returns of €80.10

*All prices correct at time of publishing*