Shelbourne are looking good for promotion in the First Division writes our LOI expert, Kieran Burke.

With European action taking centre stage this week, there are just two games scheduled for decision in the Premier Division, as Derry City host relegation threatened UCD, while Sligo Rovers host Waterford FC. With that in mind, our BarOneRacing League of Ireland expert, Kieran Burke takes a look at the second-tier of Irish football this weekend with three games taking place on Friday night in the First Division with the remaining two matches set for Saturday night.

Despite sitting bottom of the First Division with just two wins all season, Wexford FC have been a match for most this campaign, running the likes of Shelbourne, Bray Wanderers, Drogheda United and Longford Town close (Wexford lost all those fixtures by just a single goal margin) while Brian O’Sullivan’s men surprised many by claiming a point at home to Limerick a month ago.

However, last weekend’s 3-1 defeat against wooden spoon rivals Athlone Town will have come as a real confidence drainer, especially when you consider the side also lost one of its star performers this season, Jack Doherty, to Longford Town on the morning of that bottom of the table tie against Athlone.

As for the men from the West, it has been a rotten season for Galway United, who have lost 13 of 19 league matches (only Wexford have lost more with 14). Labelled as “project DNA”, a system that aims to put local and youth players to the fore at Galway, it has been no surprise to see rookie manager Alan Murphy struggle at this level in a division dominated by free spending Shelbourne, while the likes of Bray Wanderers and Longford Town also invested heavily in the off-season. Simply put, Galway does not have the resources to compete at this level currently.

Wexford are without a win since April (a 2-0 victory at home to Athlone), while the “Tribesmen” last three points came on the 17th of May at home to a well below par Longford Town team (2-1).

While Galway United have also suffered a significant loss in terms of personal this week with Shane O’Doherty returning to America, the departure of play-maker Jack Doherty from Ferrycarrig Park has well and truly removed the creative spark from Brian O’Sullivan’s midfield arsenal.

United have tasted victory on the road twice this season and should be aiming to make it three away wins against Wexford on Friday night.

Shelbourne spent big in the off-season as rookie manager, Ian Morris was afforded the opportunity to sign players of top-class League of Ireland experience in the likes of Conan Byrne, Ciaran Kilduff, Ryan Brennan and Luke Byrne to name just a few.

Such an embarrassment of riches is a far cry from the playing staff available to Pat Devlin at Cabinteely, although the Stradbrook based side have performed admirably so far this season and are right in the mix for a first ever appearance in the end of season promotion play-offs.

Despite Shelbourne’s position of dominance, leading the division by 5 points, many pundits have been unimpressed by the “Reds” so far this season. Prior to last week’s comprehensive 3-0 win in Galway, “Shels” had claimed their previous seven league outings by a one goal winning margin. Given the caliber of firepower available to Ian Morris this season, many feel the “Reds” boss should be producing more comprehensive and impressive victories in what is a relatively week division.

As for Cabinteely, Pat Devlin’s side were the last to take the scalp of “Shels” in this division, a 1-0 victory at Stradbrook on 3rd May. Since then, “Cabo” have only managed to claim 3 league wins from 8 matches. Last weekend’s derby win at home to Bray (2-1) came off the back of a 2-0 home win over Wexford and followers of Cabinteely will be encouraged by the fact they currently boast the second best away record in the division with 18 points taken from 9 road trips.

Cabinteely have already shown Shelbourne what they are capable of this season and it’s no secret that Stradbrook is one of the most difficult venues to play at. However, “Shels” have shown a wonderful ability to grind out wins when “playing ugly” and another narrow win is the verdict ahead of this all Dublin clash. 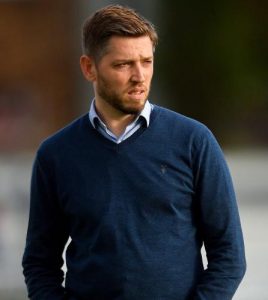 For Bray Wanderers to find themselves 7 points outside the play-off places with just 8 games remaining after a winter of major investment is almost as surprising as Limerick’s incredible 2019 campaign under Tommy Barrett.

Looking at Limerick first, Tommy Barrett has somehow managed to find a winning formula on the pitch despite an ongoing off-field crisis that has seen players go unpaid and player after player depart the Market Fields. Last weekend’s shock 3-1 win at home to title contenders Longford Town must go down as one of the results of the season and leaves Limerick right in the mix for what would be a huge financial boost in reaching the promotion play-offs.

As for Bray Wanderers, Gary Cronin must be considered a manager under pressure with the former Longford Town number two failing to meet expectations of a title challenge this term.

With just 1 win from 6 in all competitions, Bray Wanderers are hanging on by a thread in terms of a play-off push with 4th placed Cabinteely 7 points ahead of their local rivals with just 8 league games left to play in the First Division.

Meanwhile, Limerick come into this one in hot form after a run of just a single defeat from 5 league outings. (2 wins, 2 draws and a narrow 1-0 loss at home to Shelbourne).

Bray Wanderers only sit mid-table in terms of home form this season, likewise for Limerick in terms of away form. In truth, this is a difficult game to call but given the gulf in resources available to both managers, Tommy Barrett has far outperformed his Bray counterpart and will head to the Carlise Ground confident of walking away with something positive. 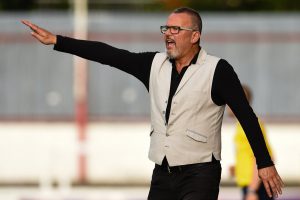 Lining out twice since the resignation of influential manager Stephen Henderson, Ramblers have lost both games (4-2 away to Drogheda & 1-0 away to Longford) and rumours of a Denzil Fernandes move to Shelbourne is sure to seep away at what must be already vitally low confidence levels around St.Colman’s Park.

As for Athlone, a first win since March against Wexford FC last time out is sure to have done Terry Butler and his players the world of good with the Town now unbeaten in 3 matches.

Despite Cobh’s 3 point advantage over the Midlands club in the league standings, it is Athlone who come into this tie as the form side with just 1 defeat in their last 5 games. While Cobh have only tasted one more defeat in that same time period, the “Rams” are yet to pick up points since the departure of Stephen Henderson after the 2-1 win at home to Galway on June 14th.

With Dean Williams loan spell ending at Athlone recently, there is a query as to where the Midlanders goal threat may come from for the remainder of this season. Meanwhile, Cobh look totally devoid of confidence and the impending departure of tricky winger Denzil Fernandes is likely to hit the “Rams” hard, a draw looks likely here.

OVERVIEW: With two victories from two over the Louth outfit already this season, one would imagine Longford Town come into this home clash with Drogheda United as the confident side. However, with 2 defeats in their last 3 and a comprehensive defeat at that away to crisis club Limerick last time out, fears of an end of season slide are once again hitting Neale Fenn’s Longford.

As for United, the “Drogs” are in amazing form, winning 7 of their last 8 league outings and scoring goals for fun in the process. Bagging an incredible 41 goals from just 19 games means Drogheda have scored 11 more goals than the next best top-scorers who are the league leaders, Shelbourne.

In fact, it was “Shels” who gave Drogheda their only defeat of late, a 2-1 win for the “Reds” at Tolka Park on June 14th.

While some Drogheda United supporters might believe a league triumph is possible this season, a 5 point gap to Shelbourne will become almost impossible to overturn if the “Drogs” lose any more ground this weekend.

Meanwhile, Longford Town fans appear to have given up the ghost following last Friday’s horrendous performance and defeat in Limerick, meaning this Saturday’s game at the City Calling Stadium is crucial in terms of securing second place and with it a clearer path in the end of season play-offs.

Longford Town have been one of the best footballing sides in the Division this season but all the possession in the world only goes so far without an out and out goal scorer and that is what has hampered “De Town’s” title chances in 2019.

A lack of goals certainly hasn’t been a problem for United and even with “De Town’s” superb home record (P9, W8, L1) one would have to go with the form side on Saturday night and that is Drogheda United.

*All prices correct at time of publishing*

For all our latest football markets at BarOneRacing click here.