Alan Marron continues his popular racing previews with a look at day two of the ‘Glorious’ Goodwood festival, a card that carries over £1.3million in prize-money and features (at 3:35pm) the £1million Group One Qatar Sussex Stakes.

The other Group race on the card is the £75,000 Group 3 Markel Insurance Molecomb Stakes (3pm). 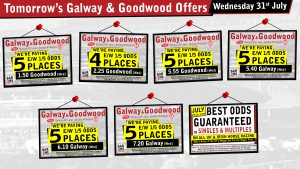 When you see an Irish horse make the journey across the water and the Galway Festival is on, you have to take note.

He carries a very light weight in eight stone and his run at Bellewstown last time out looks like they had this race in mind for a while. He finished second behind Diamond Hill, who is trained by Willie Mullins, and the front two stretched 16 lengths clear of the third horse.

Party Playboy is better known for his jump exploits, where he landed a nice pot at Down Royal beating Peaches and Cream on 21st June.

This is, ultimately, a step up in class, but at the double-figure odds available and the fact that the horse is in form, he could most definitely outrun those odds and go close. 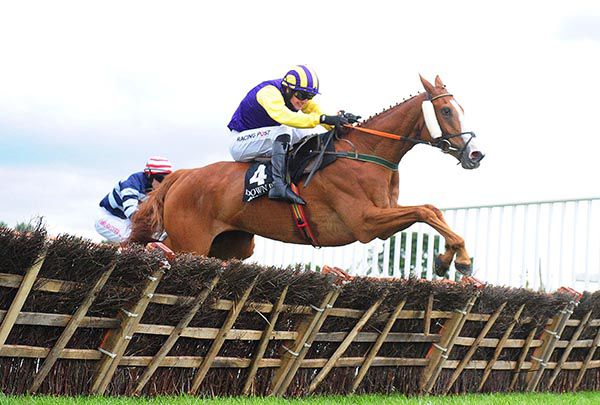 This race is very competitive but I have been watching a horse apply his trade in a higher grade than this and he also drops back a little in trip.

SEVERENCE, trained by Mick Channon, ran in the Derby Trial at Lingfield that was won by subsequent Epsom Derby hero Anthony Van Dyck and then went to Royal Ascot and finished in midfield behind South Pacific.

His run at Newmarket last time out can be totally ignored as he literally took off and ran too free up front and had nothing left and finished last.

He will be a double-figure price here but I think the track could suit him well.

Expect a decent run in a trappy enough race.

ALLIGATOR ALLEY absolutely bolted up at Navan last time out to break his maiden and deserves the step up to Group company here.

The Racing Post race comments said he broke smartly and made all but, visually for me, he was like a bullet from a gun. Navan is not an easy track to go from the front and that makes the performance even more impressive for me.

He may not have beaten much but, visually, it was very good. The form of the race has yet to be really tested but is solid value here.

PHOENIX OF SPAIN was my selection in a recent Curragh preview when he was victorious in the Irish 2000 Guineas and, following on from that, he was very flat at Royal Ascot and ran accordingly.

The 43-day break will, hopefully, have him back to his best and I can see him being the one they all have to beat.

The betting for this race seems a bit muddled for me. If you excuse Phoenix Of Spain’s run last time out then we look at him beating Too Darn Hot by three lengths at the Curragh. Too Darn Hot is favourite here and a little bit of a false favourite in my eyes.

Too Darn Hot was impressive in Deauville last time but the horse that was second, Space Blues, trained by Charlie Appleby, had gone up from Listed to Group 3 company.

I think Too Darn Hot was entitled to beat them the way he did but should he be as short as he is here? Possibly not.

Circus Maximus even has the beating of Too Darn Hot from Royal Ascot so, for me, the value lies with Phoenix Of Spain and I think he will get his career back on track and have big targets later in the season.

Our Sussex Stakes market can be found here

Formerly trained in Ireland by Kieran Cotter, DAUGHTER IN LAW will have her first run for Roger Charlton here and is one to keep an eye on in this race.

She finished down the field in the Queen Mary at Royal Ascot but, before that, was very impressive when winning her maiden at The Curragh.

The change of scenery can sweeten a filly and she could be very hard to beat here.

Daughter In Law seen winning impressively at The Curragh

Course form can prove to be worth its weight in gold here and BUBBLE AND SQUEAK is a very interesting runner in that regard.

Only 3lb higher than when successful at Ascot recently, she looks to be solid each-way value in a very competitive race.

The filly that she beat, Contrive, went to Deauville and contested a Listed Race so it was a decent performance if the yard of the second filly were looking for black type.

The return to this track and trip should put her in contention here in a very hot race.

Following his impressive victory in his first handicap at Newmarket last time out, LIGHT AND DARK steps up in class for the Godolphin team here.

He was raised eleven pound for that win and I think that was lenient, to say the least.

He got a little boxed in last time but, once he was shown some daylight, he quickened like a really smart horse and was soon clear. To my eyes, the handicapper could have put him up more.

This race is competitive but it will be run at a fast pace and I can see Light And Dark appearing on the bridle and winning impressively again.

Personally, for me he looks a Group horse in a handicap, although he will have to prove it, but is one of the most interesting runners on the card.