The in-form Alan Marron is marking your card for Galway this week and he’s doing the same for ‘Glorious’ Goodwood.

Here are his thoughts on the first day of the five-day summer highlight in Britain.

Godolphin have acquired the services here of a jockey in flying form with Ciaran Fallon aboard MOUNTAIN HUNTER here. He finished seventh in the Wolferten Handicap at Royal Ascot and is a very interesting runner here. He won twice in Meydan over the winter and looks like he could just be finding his form on turf now. He is a course winner so we know he handles the track and he could be decent value at the double-figure odds on offer.

For those who followed my Royal Ascot previews, you would have seen I was very sweet on the chances on LOPE Y FERNANDEZ in the Chesham on the final day.

He renews rivalry with Pinatubo, who he finished behind that day, and he has over three lengths to make up. The track could be the difference here as I think Lope Y Fernandez may have strengthened a bit since Royal Ascot and should prove a different proposition here.

He was impressive on his debut and I can see him going very close here. 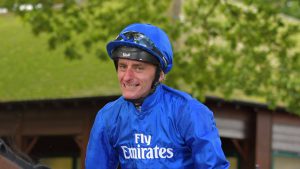 David O’Meara has booked one of the top flat jockeys in Adam Kirby for Goodwood.

David O’Meara has booked Adam Kirby for his enigmatic runner SUEDOIS.  He has cheek-pieces on for the first time and ran an absolute cracker to finish third behind the ill-fated Beat The Bank last time out. He was third behind Limato the time before so it is very solid form.

He is versatile in terms of ground and distance so should go close here. He finished second in this race last year behind Sir Dancealot when only beaten a head. Big run expected. 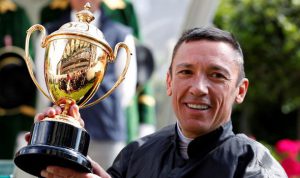 The feature of day one and the Gosden/Dettori combination look to follow up Enable’s exciting victory from the weekend with Stradivarius.

His price is too short for me as a betting proposition so I will be taking him on. SOUTH PACIFIC was a 25-1 winner for us at Royal Ascot and I think he could take the step up in class here in his stride and go close at another very big price.

He has plenty to find on the figures with Stradivarius, but he is the type of horse who could be put to sleep at the back of the field and come with a late run out wide and pass beaten horses close home.  Each way value at the odds here.

John Quinn has had his team in flying form all season and he has booked Frankie Dettori in this juvenile race for his runner COBRA EYE.

He finished second to the Kevin Ryan-trained Treble Treble last time out at Haydock on good to soft ground and he looked the type of horse to improve with plenty of experience.

He was two lengths clear of the third there and this race could be right up his street. Should take plenty of beating and looks to have the strongest form of those who have experience.

LORD RIDDIFORD could complete a quickfire double for John Quinn here as he bids to redeem himself following a poor run last time out at Newmarket when he failed to quicken from off a slow pace.

I had put him as one of my selections at Newmarket after a very creditable run at The Curragh behind his stablemate El Astronaute. Jason Hart gets back aboard here and he has a good rapport with this horse, winning four times on him during his career. Solid each-way value.

AL MESSILA has done nothing but improve in her last two runs and could take the step up on class here in her stride and improve again.

She has been put up 11lb in the ratings and is now off a mark of 82, but the wind surgery that she had looks to have worked wonders and I can see her going close again here.

She will have to improve again but I can see that happening. Richard Hannon has been in flying form over the last two weeks.