Having hit something of a crisis that culminated in failing to qualify for last year’s World Cup, Holland have got things back together this year and have won four and drawn two of their last eight matches.

Their only defeats came in France, 2-1, in the Nations League, something that didn’t impede their eventual progress to the finals, and, frustratingly, 3-2 at home to Germany in a European Championship qualifier, a last-minute goal denying them after they’d fought back from being 2-0 down.

Overall, though, their progress has been very satisfactory.

Memphis Depay has scored seven goals in the eight matches referred to, while elegant, classy defender, Virgil van Dijk, has chipped in with three in his last six international appearances and will come into this game on a high following Liverpool’s Champions League success.

England are much improved under head coach Gareth Southgate. Following a semi-final showing at last year’s World Cup and a 2-1 home defeat last September in the Nations League, they have won six of their last seven matches and will approach this tournament with confidence.

Raheem Sterling has found his goal-scoring touch at international level with four in his last two appearances while the ever-dependable Harry Kane has scored three in his last three, goals that have moved him on to 22 for England (from 37 appearances).

Raheem, 24, who will be gaining his 50th cap for England, has also enjoyed a very good season with Man City, scoring 25 goals in a campaign that saw them win the Premier League, League Cup and FA Cup.

Players from Man City, Liverpool and Chelsea will join the international set-up on a high, while Tottenham’s players will be a little disconsolate following their Champions League final defeat. Harry Kane probably would rather not have seen Virgil van Dijk so soon again after that match. Georginio Wijnaldum also, of course, played for Liverpool in their famous victory.

This said, there is no guarantee that any of the Spurs or Liverpool players who played in Madrid will be selected for the game. A four-day break ordinarily would not be provide sufficient rest following such a high-intensity match – one that would have been followed by a party for the Liverpool players and an open-bus tour of their city.

Ahead of his impending move to Barcelona, Frenkie de Jong will play in central midfield for Holland and will be joined there (in midfield that is, not at Barcelona) by his current team-mate Donny van de Beek. There is an immense amount of promise in this Dutch side.

England’s 5-3-2 system has been serving them well, while Holland’s 4-3-3 line-up is also working well.

Holland’s midfield will be easy on the eye and Memphis Depay’s goal threat is evident from his recent goal-scoring record.

This England team know the system they play too very well so Holland will find space at a premium.

VAR will be in use in all four Nations League games. It will be used to check for clear and obvious errors relating to four “match-changing” situations: goals, red cards, mistaken identity and incidents in the penalty area.

Goal-line technology will also be in use in all four games.

The tournament is being played in Portugal.

Memphis Depay is in good goal-scoring form for Holland

Gareth Southgate has said that he will have a “heart to heart” talk with Harry Kane ahead of deciding whether he will start the match, while Ronald Koeman seemed cautious about playing the Liverpool duo mentioned.

Van Dijk would be a big loss, not just because of his talent but because he has developed such a good understanding with Ajax captain Matthijs de Ligt. 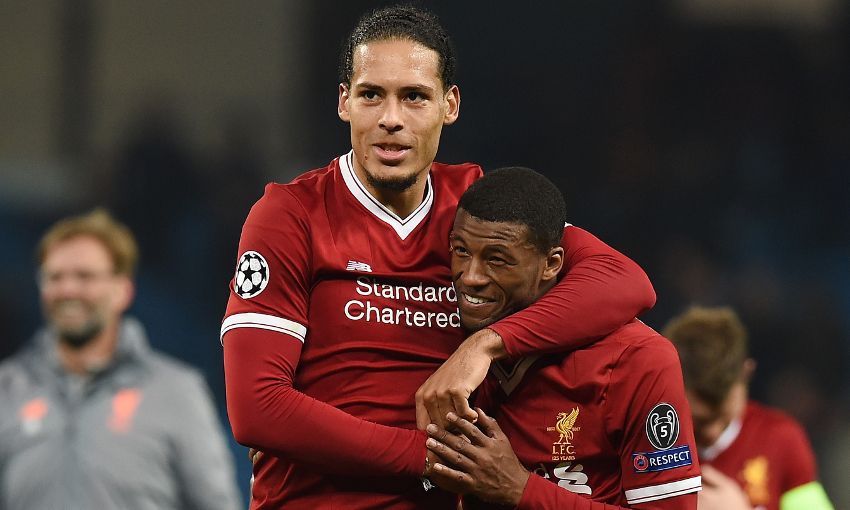 There probably won’t be too much between these sides in a match that will probably start cagily.

Under 2.5 goals looks probable (4/5) and that would be the main bet recommendation.